I’m trying to assemble one, and I have spent this Sunday searching the web for how the parts are supposed to look because some make little sense to me as they do.
Finally found this thread,
http://www.chaos-dwarfs.com/forum/showthread.php?tid=10383
and the lower gap marked is what my question is about.

There is a horizontal cylinder on a stick, not further connected to anything, below the cannon. And the cannon itself ends in an unclear way above it with a flat surface on its bottom.

Now I have no idea about trains. Is this cylinder something the designers took from an existing construction (iRL) where it has some functionality, or is there supposed to be a connection to to cannon above?

I got it to fit with some awkward shimming at the indicated point after a lot of heat gun work on the frame.

I kind of saw the cylinder on a stick as a piston with a small range of elevation control so I wanted it touching the flat under the barrel. Impractical given the number of hard pipes

connecting to the barrel perhaps but oh well. I didn’t like it floating. Or it’s an overly fancy support to relieve the pipes from the weight of the barrel.

Train zealots might have more to say than my blunt tusked blubber brain. 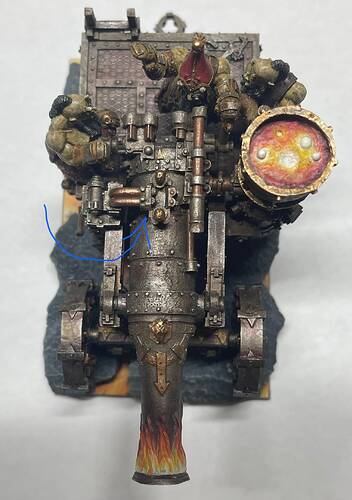 Alright, so the marked pipes in your photo concern the part that you warped with the heat pistol, right?

And the supposed piston is just touching the flat undersurface of the barrel and can be seen as helping lifting it somehow?
Did you get the barrel low enough for them to touch?
The piston also has pipes leading to it on the bottom. Maybe it then needs something that looks like a hydraulic part?
But then I don’t see the horizontal cylinder fit.

the part that you warped with the heat pistol

I had to heat gun and/or hot water bath almost the entire frame in segments to straighten, align and dry fit. I definitely did have to bend those pipes a fair amount as well near the end when the bulk of the parts seemed to fit.

Did you get the barrel low enough for them to touch?

Correct. Hard to take a picture of with a base on but it’s touching ever so slightly. I certainly did not press that piston down firmly while gluing and if memory serves I may have tried to cheat the part it glues to up a bit with hot water dunk.

Pieces (straight from Forgeworld) came to me significantly warped so I’m honestly not sure what the nominal configuration should be. I made this work best I could.

Ok, thx!
I think I have an idea, it being that FW didn’t do anything that would make more sense to someone else and I could be missing. ^^
I’ll have to invent some additional parts then.

And yes, FW parts coming warped is rather usual.
There are impressive vids on YT of people building giant sets like the Tau Manta that you need some sadistic tendencies to enjoy watching.

I thought I’d post what it became in the end: 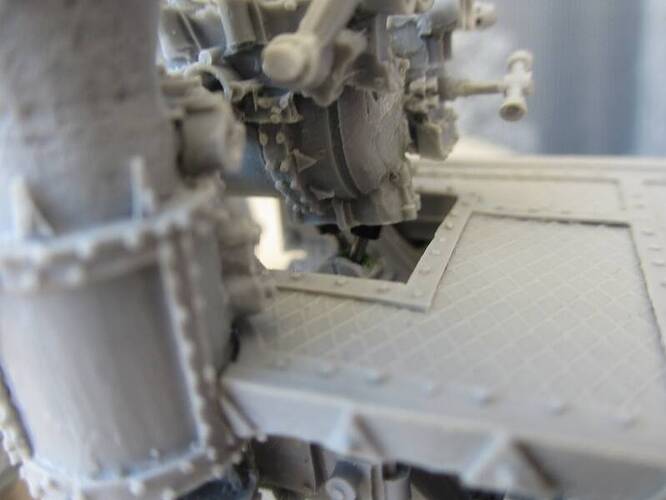 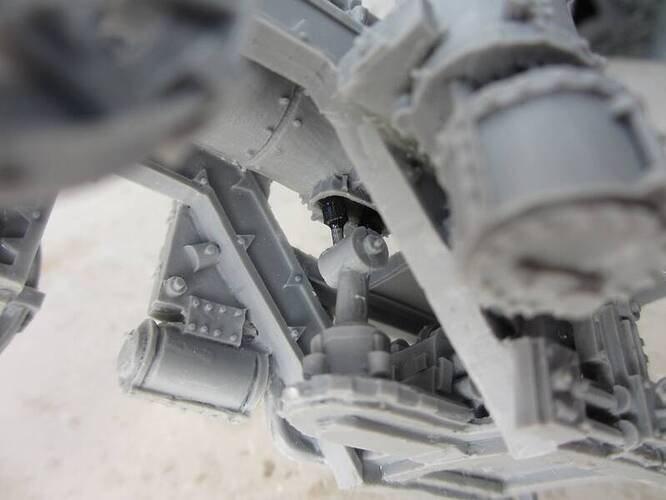