Yesterday I dug out my Asklanders army. It’s basically a pure Marauders army for the Ninth Age.

I build these for some tournaments a couple of years ago, using loads of classic GW models (Thugs from the 80s, Marauders from the 90s) and some own sculpts.

The reason that I dug them out of storage is that they’re now for sale. After the tournament season that year (I guess it was somewhere in 2018) I haven’t touched these guys, since good old Goblins or Halflings are more fun to me.

The pics aren’t the best, but I hope you still like them. 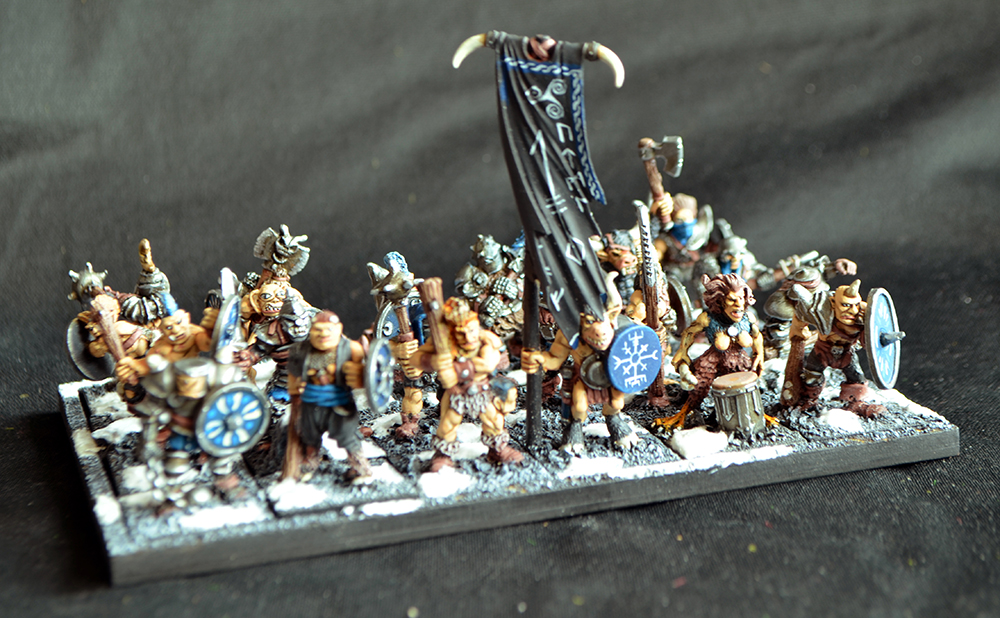 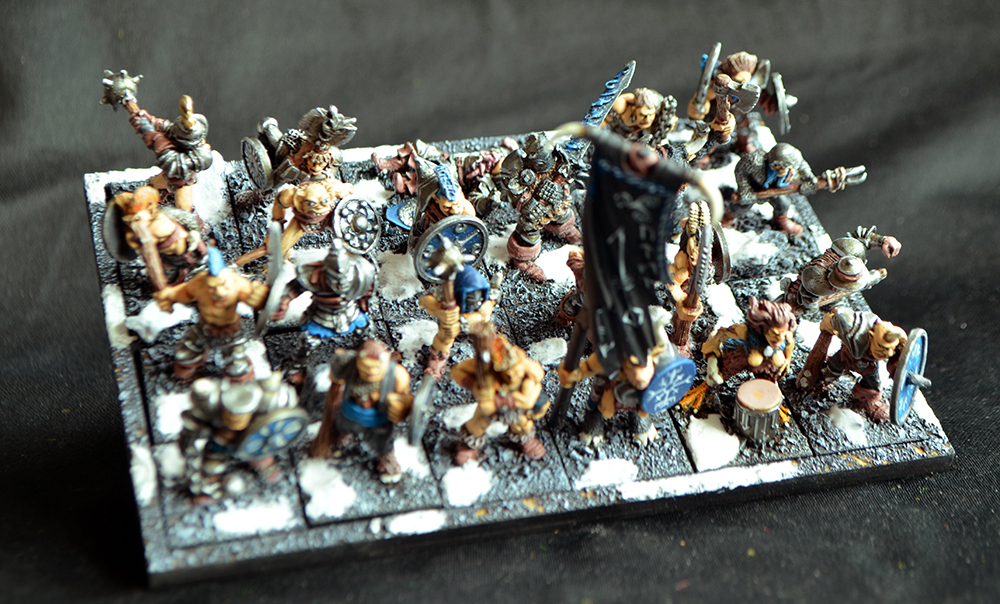 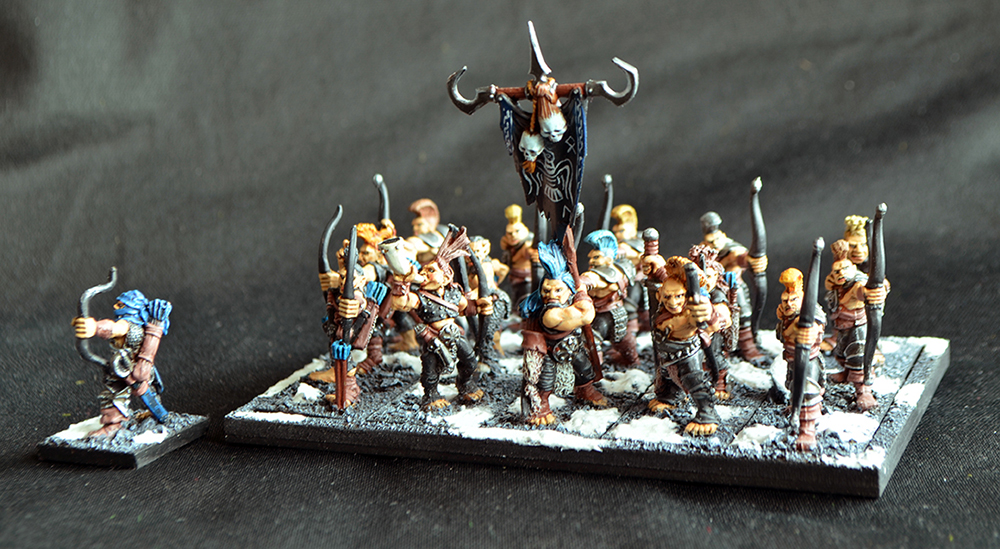 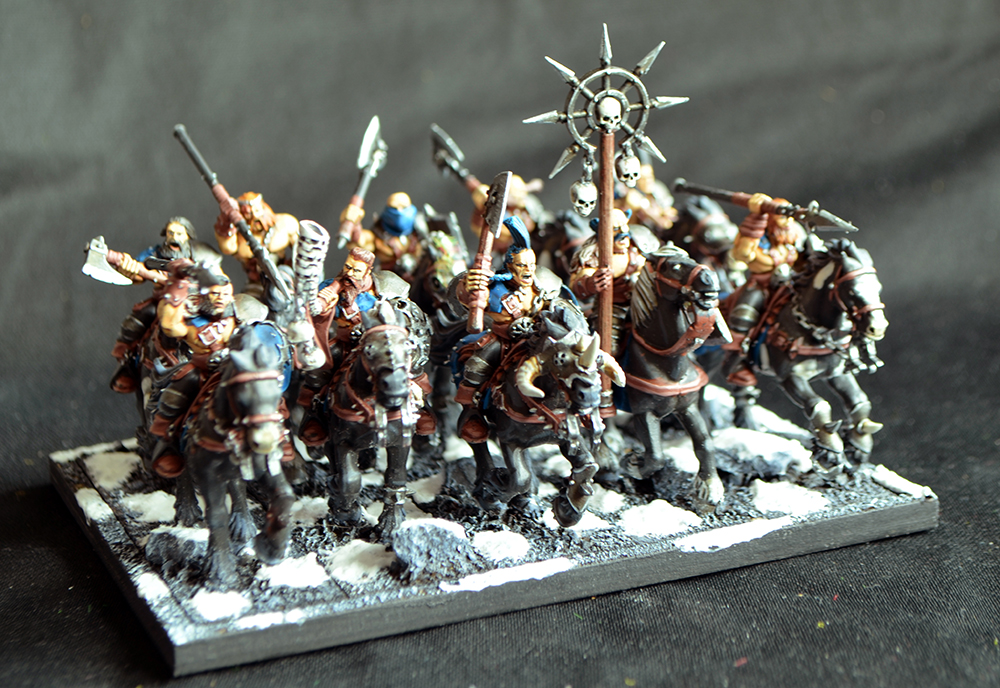 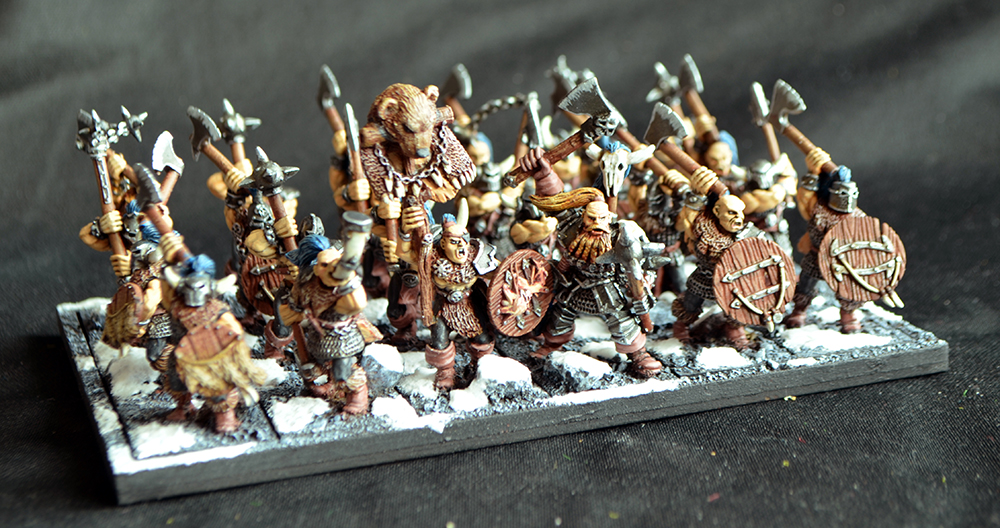 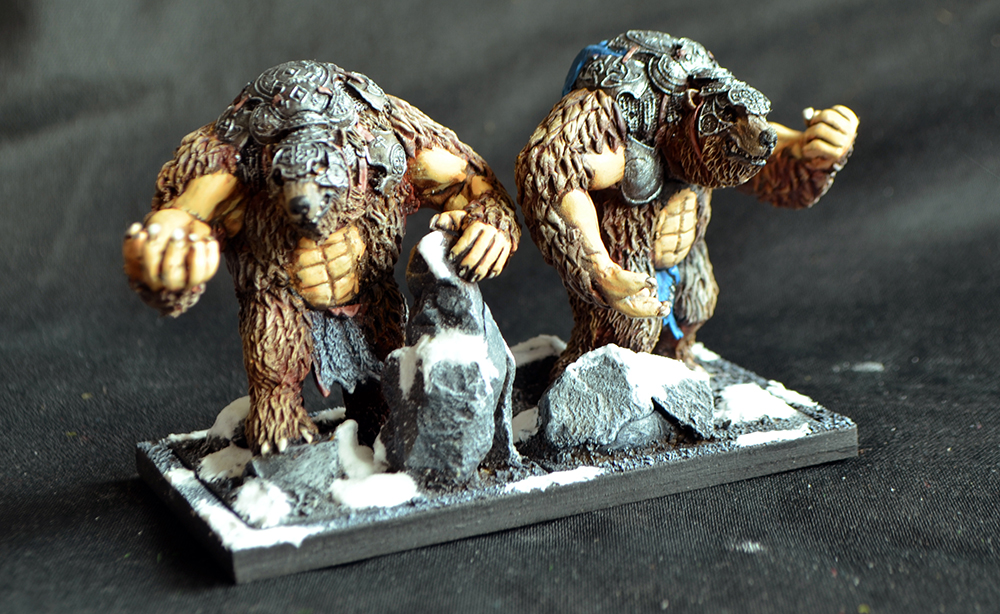 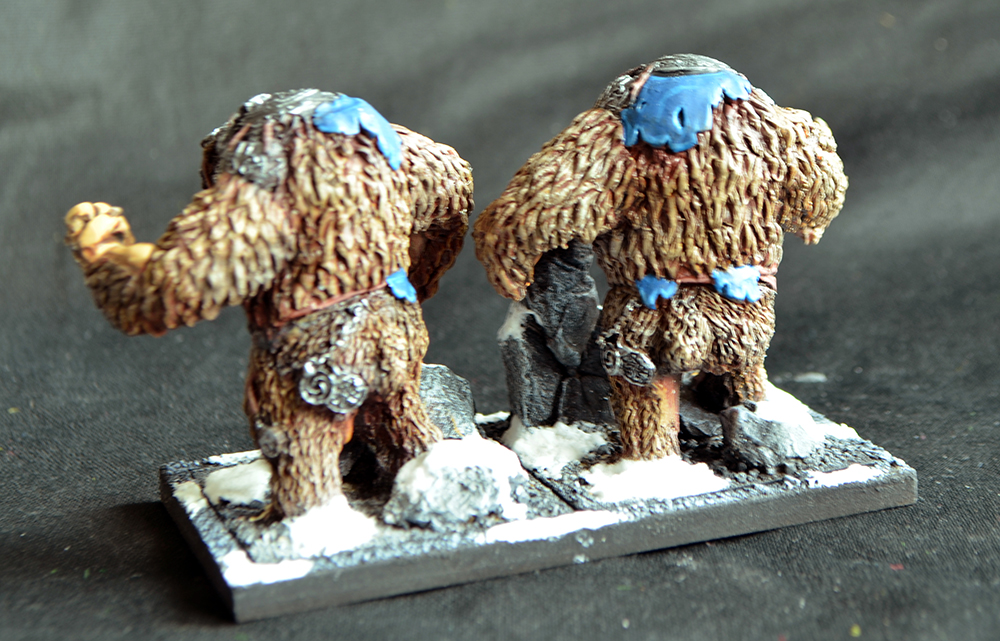 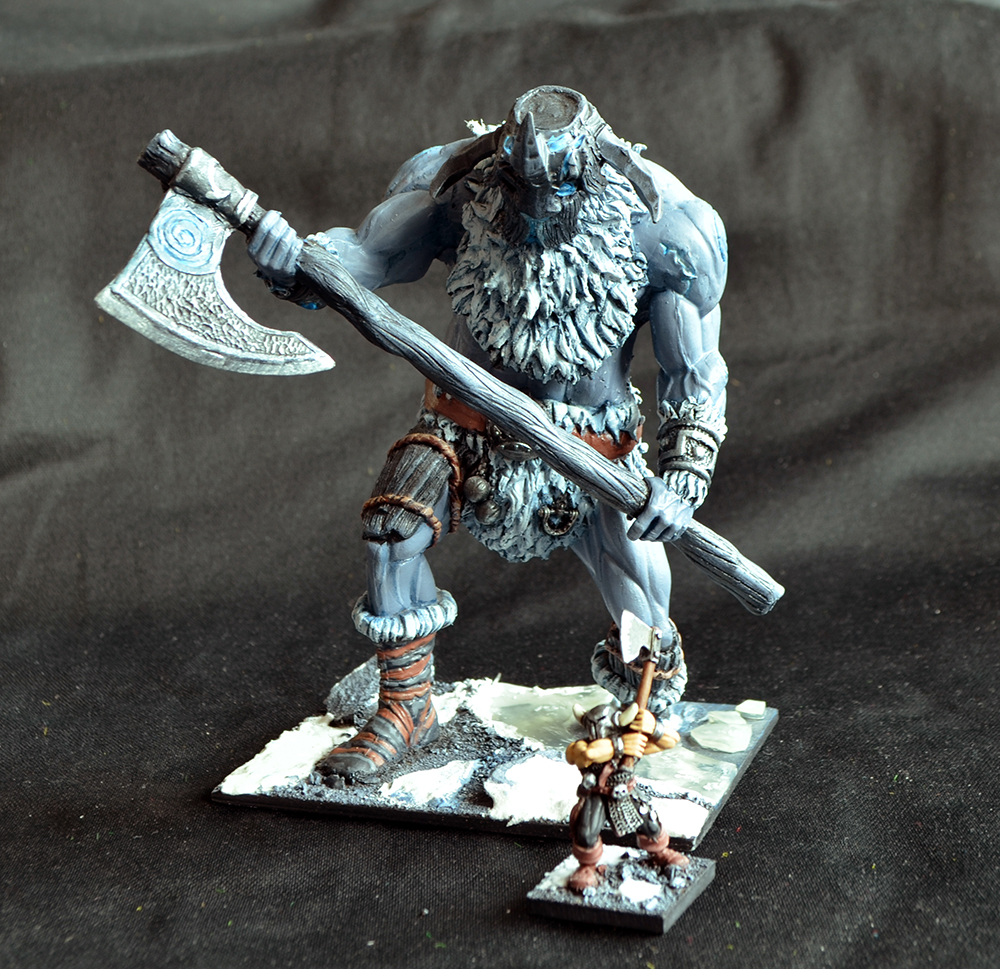 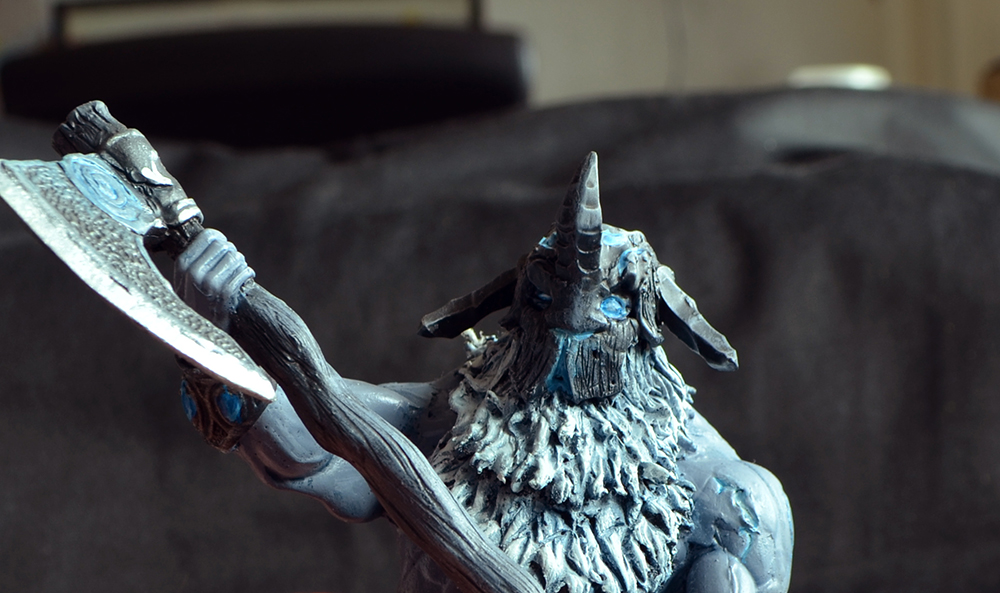 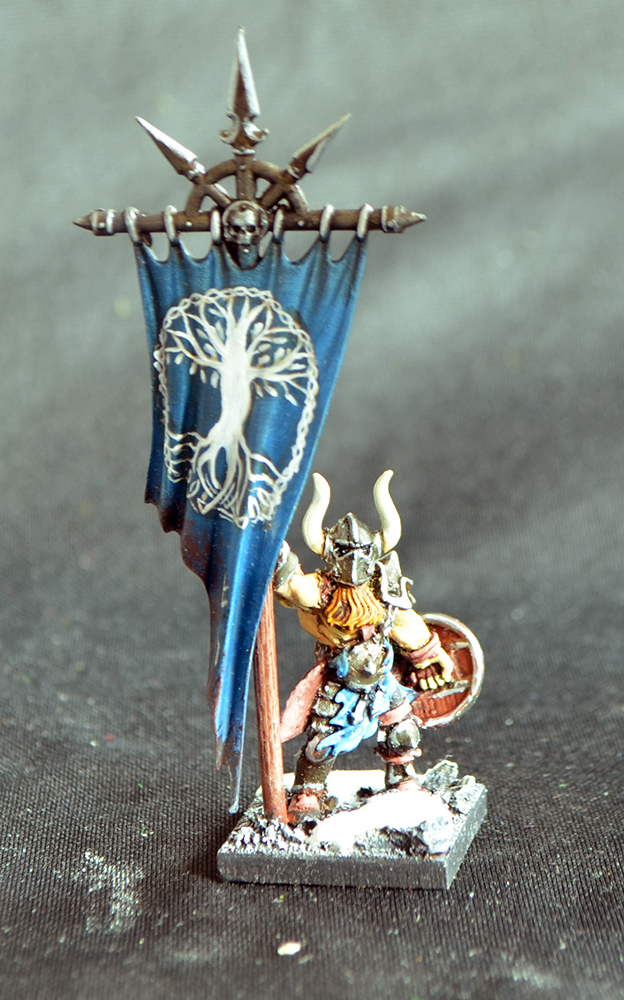 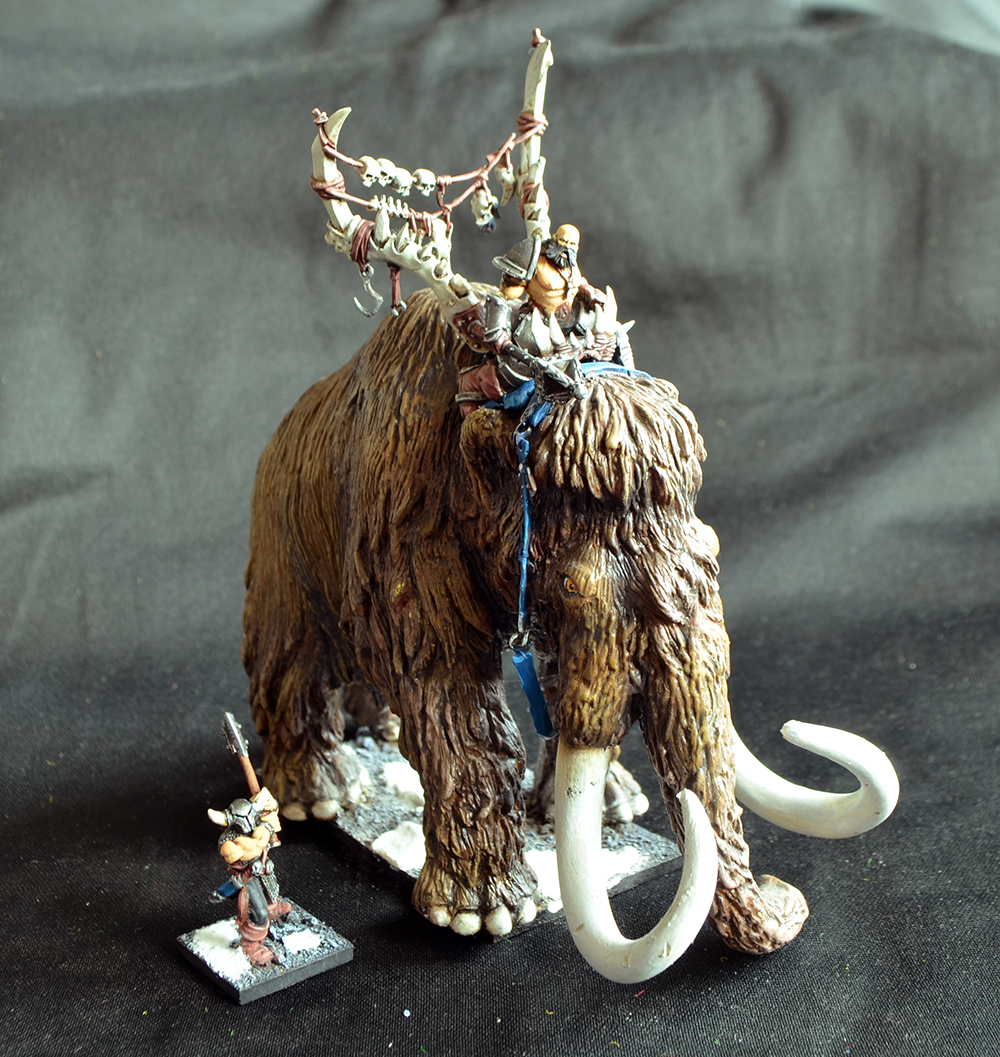 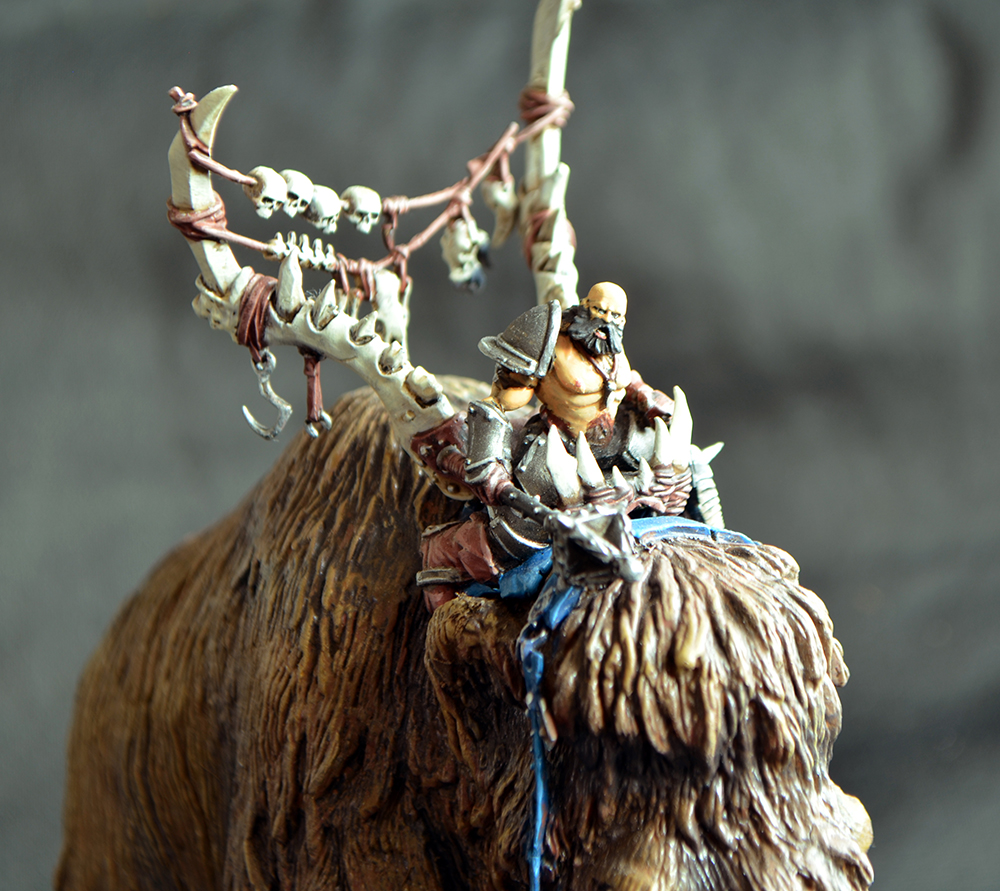 I have also played this army as Makhar, and for that made the following additions: 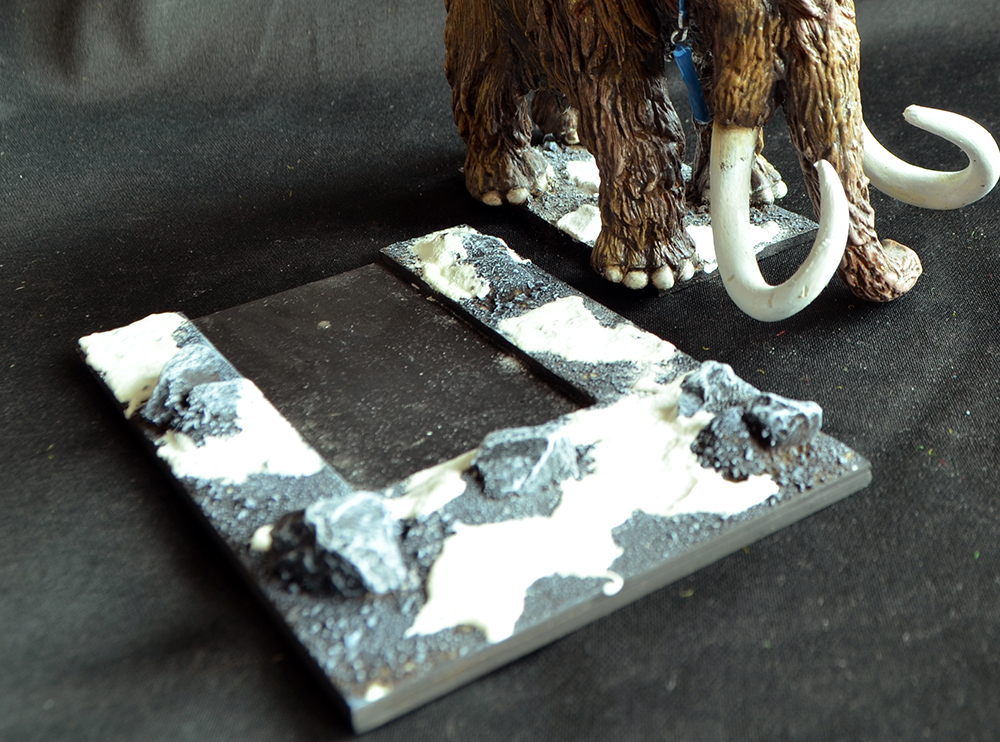 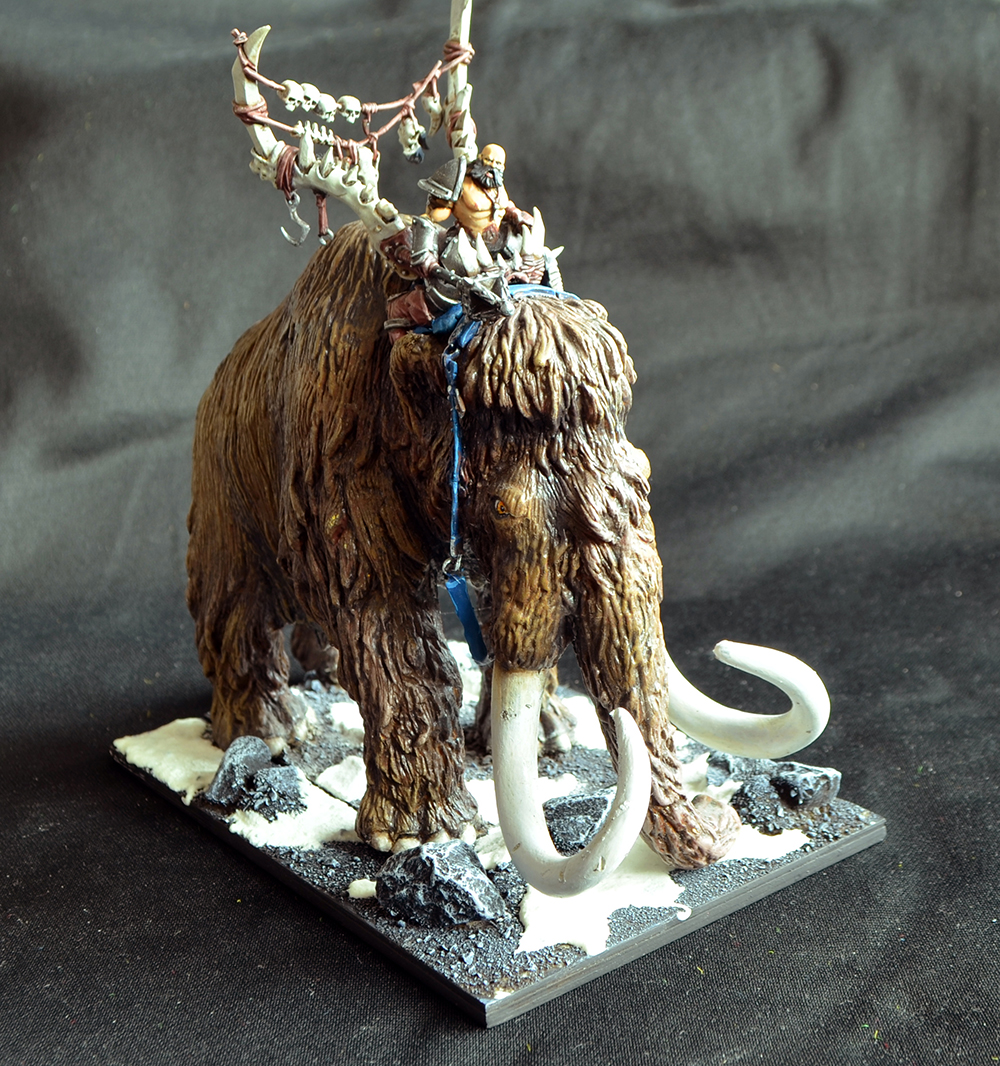 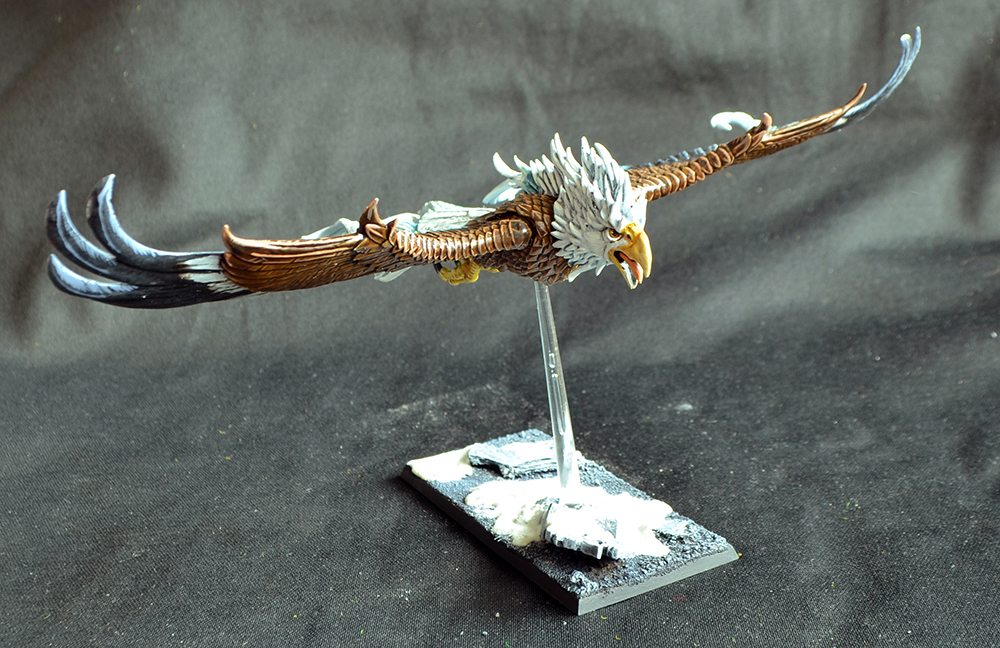 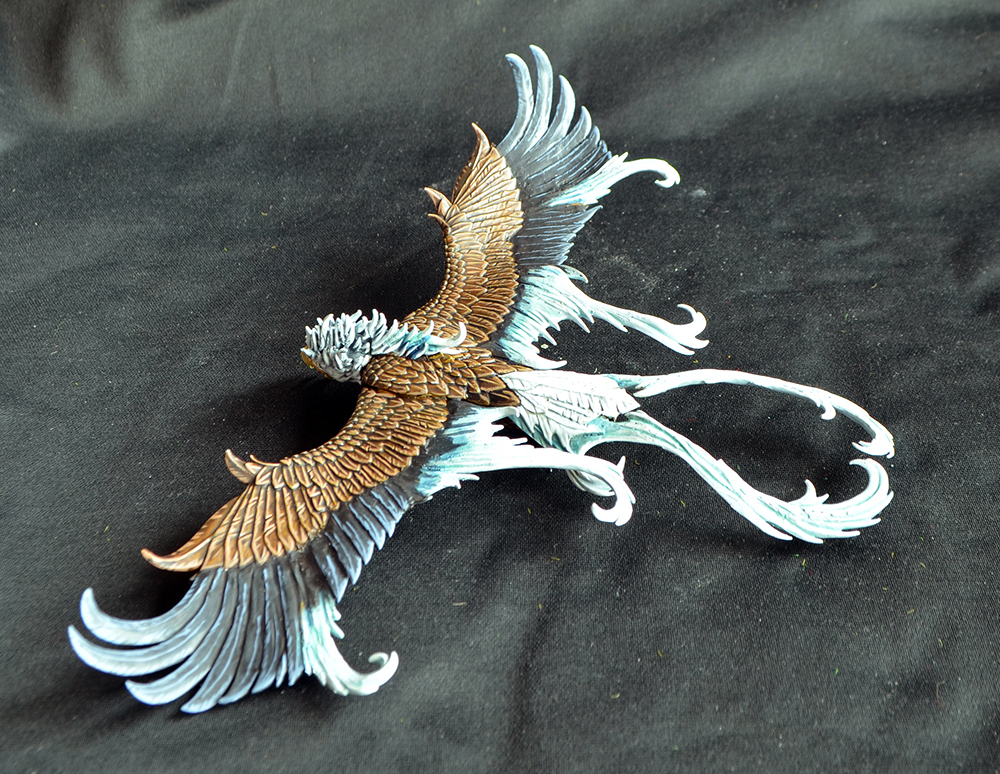 That is a great looking army!

Awesome army, looks like it was a lot of fun to paint.

Some more pics from one of the tournaments with a cool snow table, and some WIP pics of the Ice Giant. 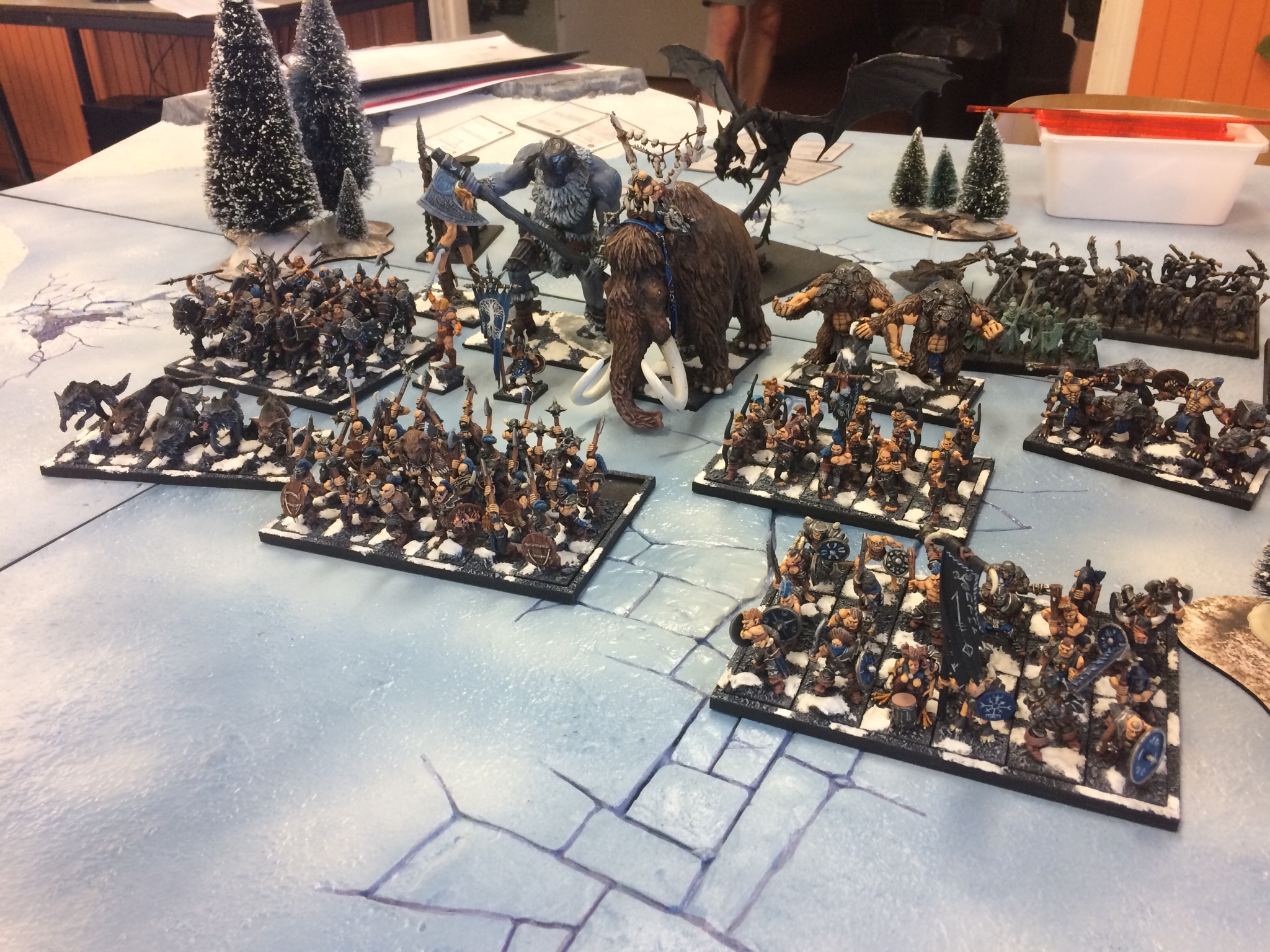 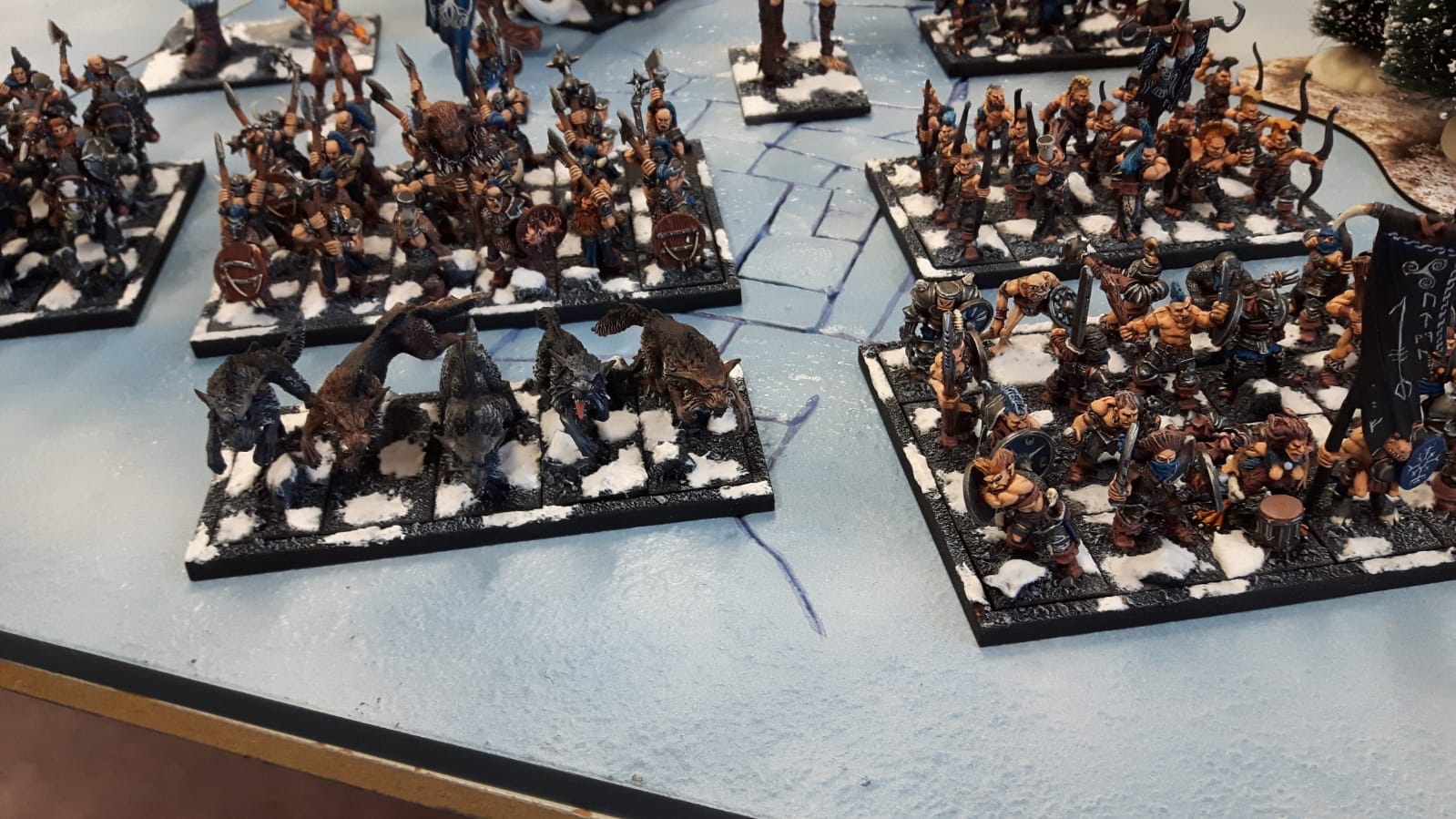 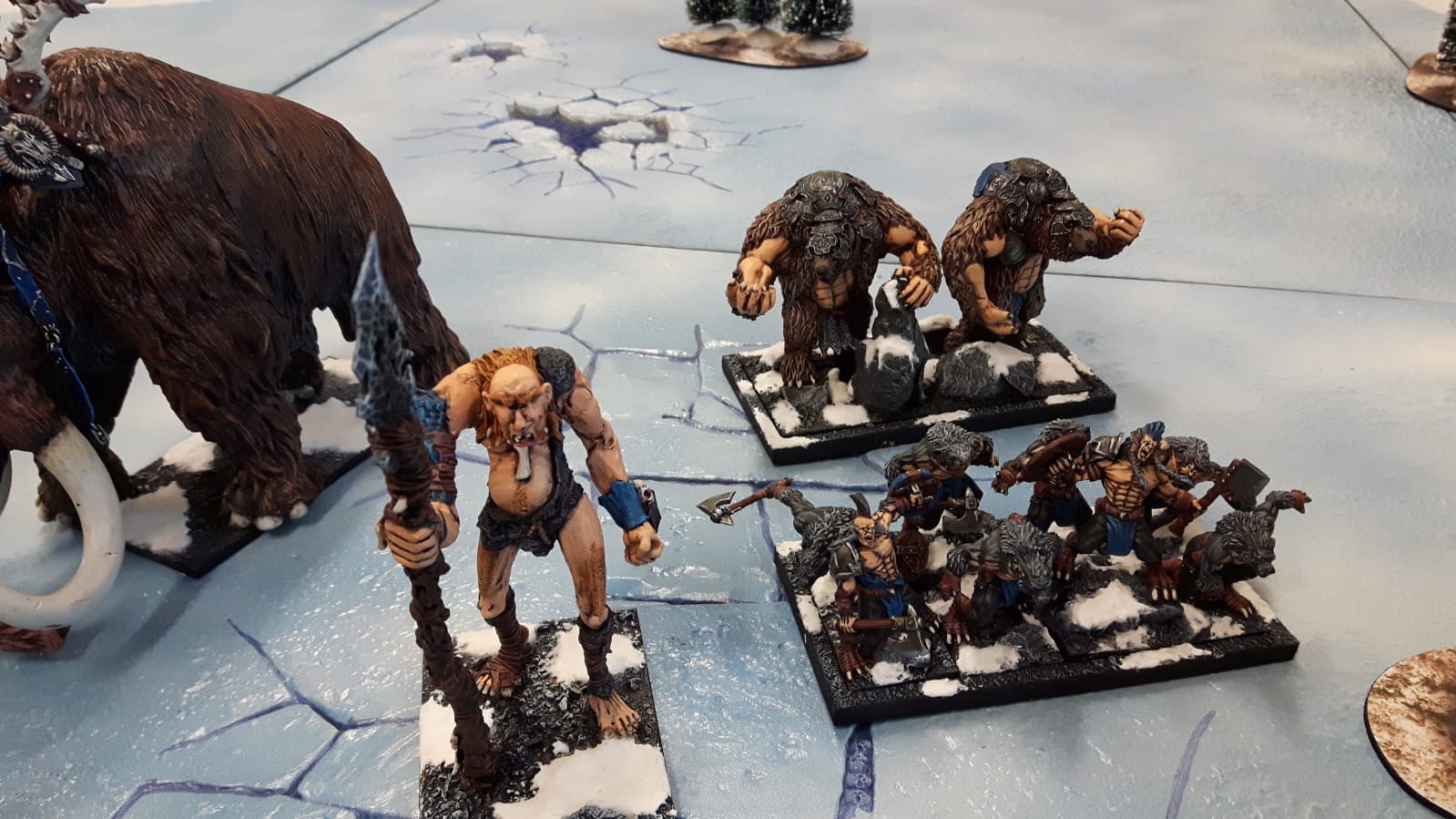 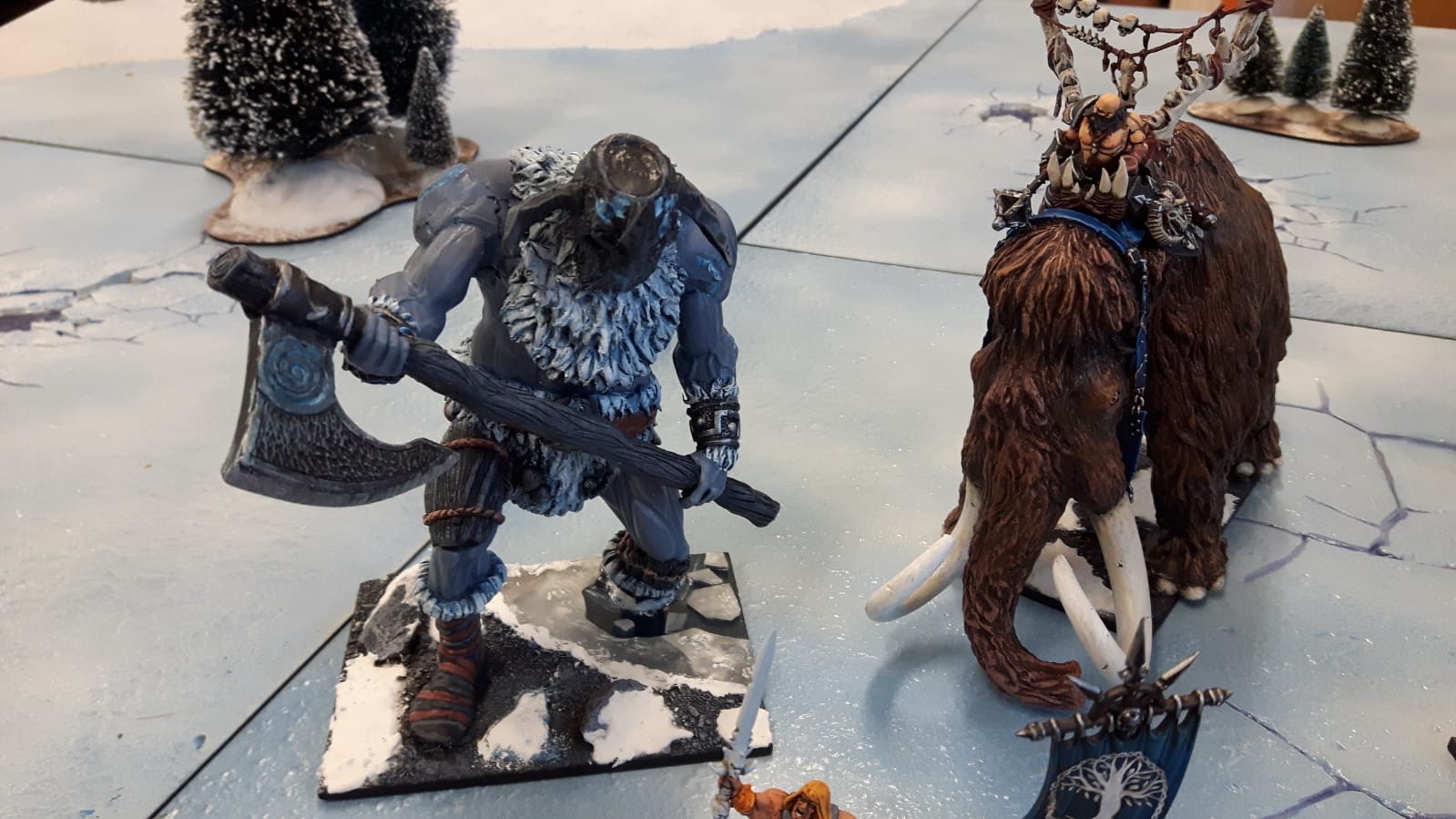 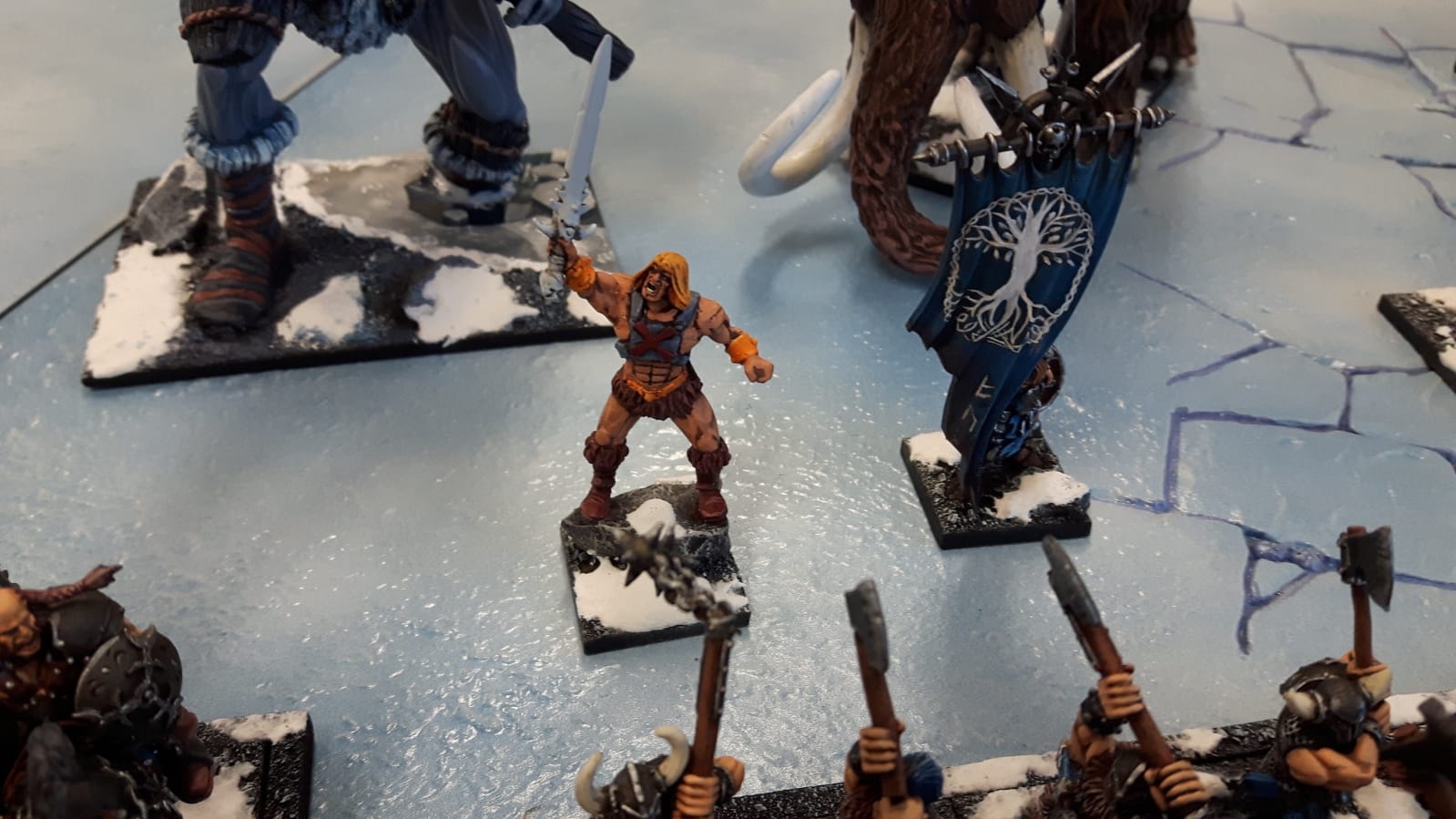 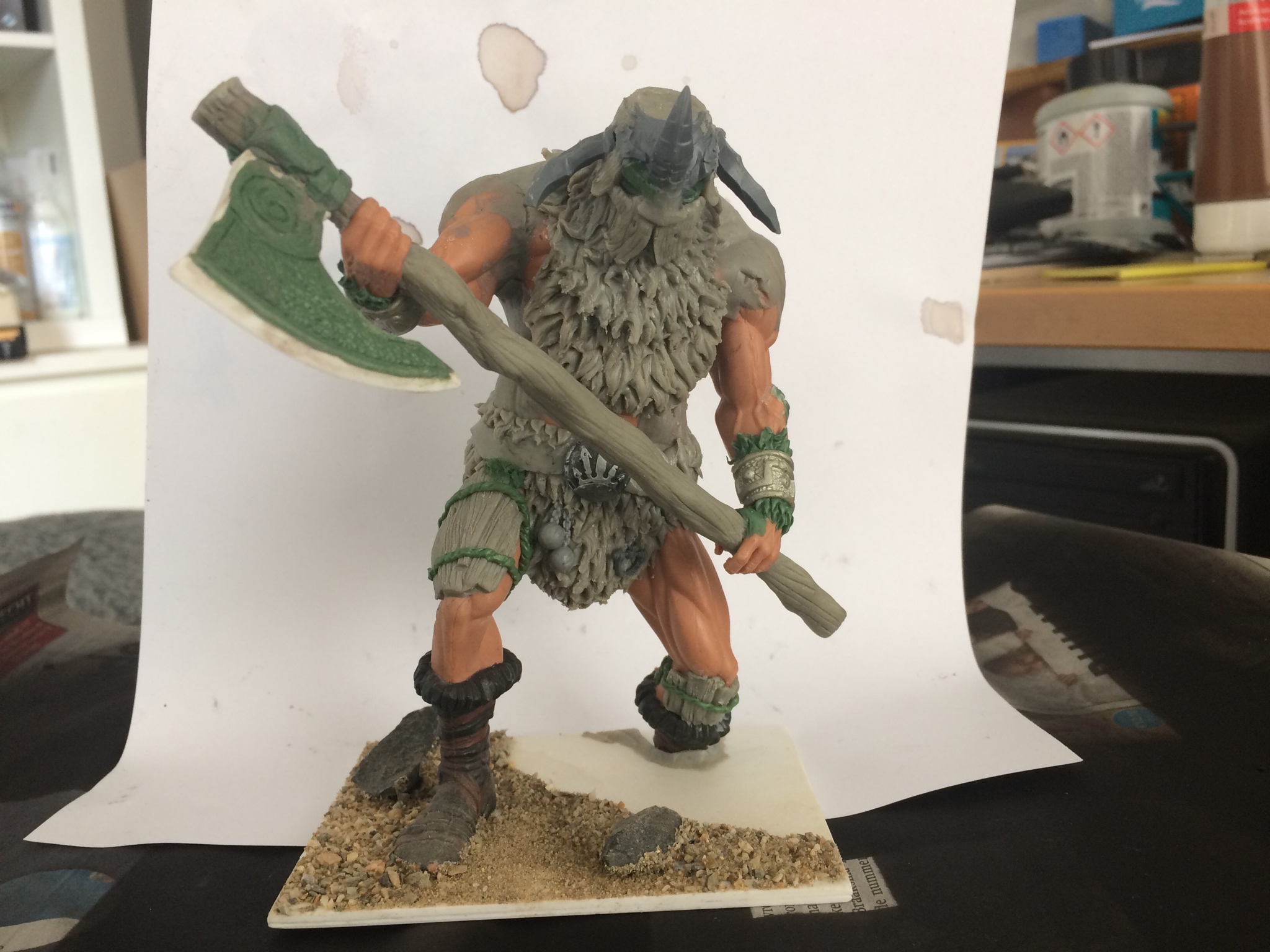 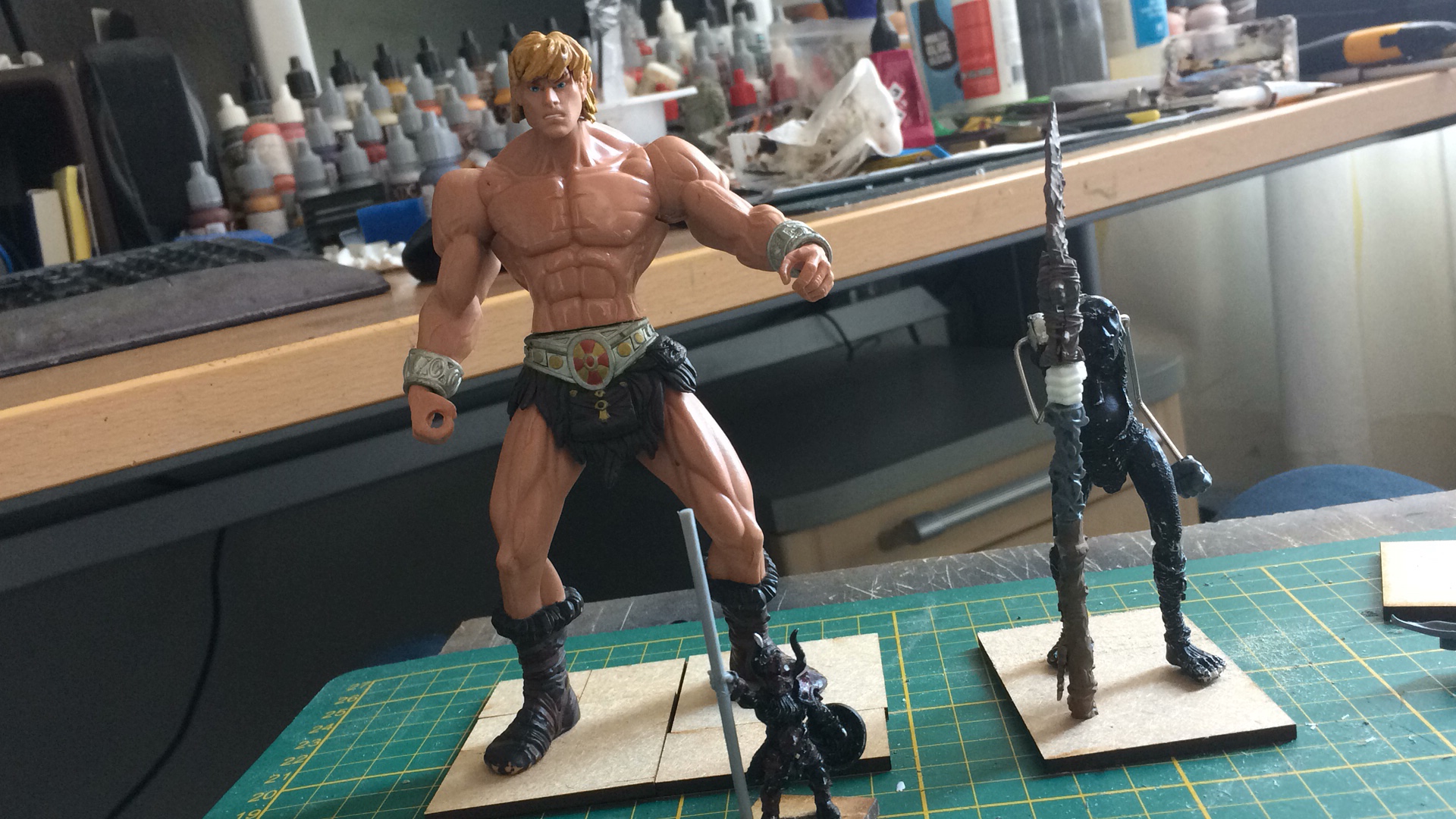 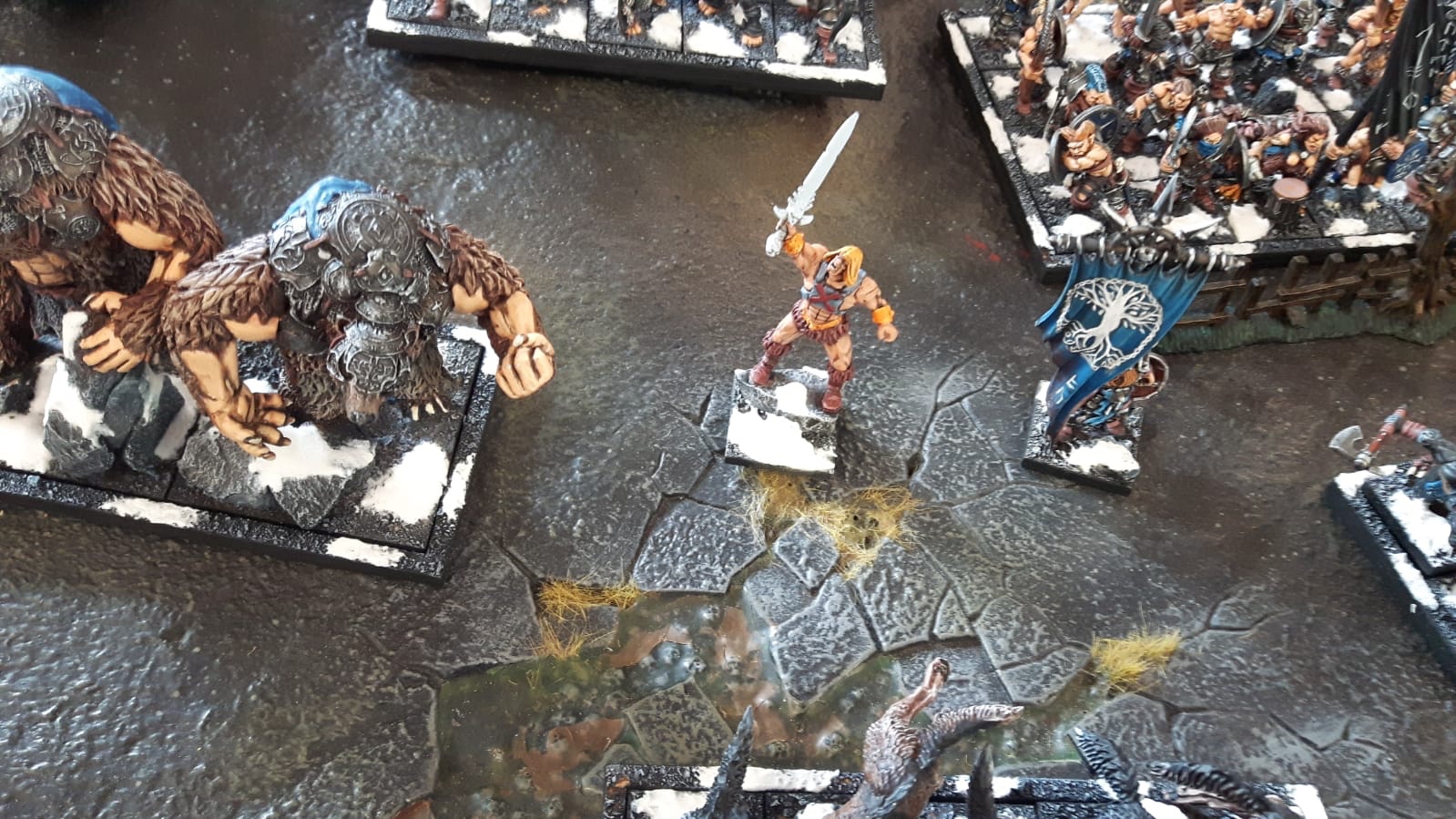 You have the power!

What an epic army!!! Love the fact you’ve snuck a battlemasters beastman in there. That box keeps on giving after all this time.

Wow @bas_2312 this is a gorgeous army… very impressive!

The mammoth on the tiny base looks hilarious

I liked the ice giant but after seeing it’s origin story I now love that ice giant! Brilliant conversion work

Love the Mammoth too

Wow, and using an action figure as a giant is just too cool of a conversion not to try!