Also, in GW’s presentation these guys were described as “slavers who trade with/for their dark masters”. I believe we are about to land in Age of Sigmar guys, and that’s why the Legion of Azgorh was retired from Forgeworld’s website.

That being said I absolutely love this design. The new Hobbos look suitably crude yet cruel, with a faint eastern look that really links them with the Khanate of the World That Was

I’ll say they might grow on me, but for now I really don’t like them. This being said, it’s really great to see Games Workshop give some attention to hobbos after so long in the shadows!!! If it means chaos dwarf might come back, then I’m all in!

OK, I’M DONE WATCHING THE PREVIEW AND NOW I’M SO EXCITED!!! CHAOS DWARVES CONFIRMED TO COME EVENTUALLY IN AOS (at least in the lore)!!! SUCH A TIME TO BE ALIVE!!!

This is definitely exciting stuff.

As Chaos Dwarf fans we sure do ride the high waves and the low waves. Man, can you imagine getting a full release in the mainline game? That would be so rad.

I should hurry up and finish my other AoS projects to get ready for this. Haha.

I literally released the Hobgoblin armybook in 9th Age 2 days before these.

Man I need to start looking for moles hahaha.

I like them. They are a good twist on the original, definitely more grim then before, in a similar way like Legion of Azgorh was on the big hats.
So this unit is called Slittaz, and they are obviously similar to Sneaky Gitz. Gives me hope that there might be more Hobgrot units, one with bows would just be fantastic.

Wow that’s incredible news, talking about expanding the lore like they did and the reference to dark masters takes us closer than we’ve ever been to new plastic minis

One curiosity about Total War was how are they going to show Chaos Dwarfs, big hats? legion? What if Total War already have the new plastic mini design??? Ok I’m getting way ahead here but it’s been 20+ years let’s indulge a bit eh

Yes yes yes! Really like the design of the new Kruleboyz faction for AoS3.

What can I say? I don’t like the models at all.

The proportions seem somehow incongruous to me and Hobgoblins are still (relatively civilised) inhabitants of the great steppes - just Mogolian in touch. These “Hobgoblins” remind me more of Moria Goblins, only more hulking and dumb, more like animals.

But that’s just my first impression, maybe I’ll be taught better in the sequel …

As for the return of Chaos Dwarves, I don’t really care what GW does or doesn’t do. AoS is not my thing (at least at the moment) and with the amount of third parties there are enough other great models. But again, I’m happy to be positively surprised!

Indeed, so many alternatives it matters not what the creators do though I would excited to see what the new take would be on them.

First impressions of these yesterday was a meh, the strange proportions around the neck and shoulders compared the arms was quite jarring, across the whole range of Kruleboyz but looking at them again later it crossed my mind that these were like a cross between Jim Henson’s Labyrinthean goblins or Dark Crystal feel and one of John Blanche’s sketches…then I was in

Zanko I think the armour aesthetic of these chaps is reminiscent of the Oglah Khan era Mongolians.

Whether it portends anything about the Chorfs it’s not yet possible to tell.

What we know about the Chorfs is only that they are arms dealers and provide the scrap grenades along with a range of other metals and weapons through the Hobgrots.

Beyond that, I think it’s clear we will be released during this edition as one of the Chaos factions. But where we fall in that release schedule is very hard to tell.

My ultimate hope is that we are released as enemies of the new Grungnir dwarf faction in a box not dissimilar to the Kharadron vs Tzeentch one.

If they were painted red theyd look more like khorne daemons to me. They look too big to be on 20mm square bases and rank up. They have lost the comical nature they used to have but they look alright
They would prob have to be used as black orcs due to the size…guess we will see. Any chaos dwarf release is welcomed of course. Msybe a stronger green skin will bring them closer to being identified as hobgobs.

Oh I was so excited. But… looks like the hobgrots dark masters are orruks and their dark master Kragnos. I like the new faction but CDs it isn’t.
Hey Ho.
Next year in Zharr Nagrond!

I’m looking forward to seeing the 3d pics on GW website, always learn so much more about a mini when they upload those

That would be a shame
Trokes mentions to throwbacks to the world that was at the same time as talking about their dark masters seemed pretty strong, have they confirmed this somewhere?

No they were super clear last night about referring back to the world-that-was, what’s your source for the denial?

Someday I think we will get Gitmob. Here’s hoping.

Oh I was so excited. But… looks like the hobgrots dark masters are orruks and their dark master Kragnos. I like the new faction but CDs they aren’t.
Hey Ho
Next Year in Zharr Naggrond

On the GW website it is all about swamp orruks (kruellboyz) arising in service to Kragnos and bring hobgrots as their allies. Look on the Warhammer community site I think New Box set Dominion Sigmarines vs Kruellboyz

Yes Uther this is true but there WERE implicit references to the Chaos Dwarfs on last night’s stream. The Hobgrots get their grenades from them. You can hear Vince V talking about it here: 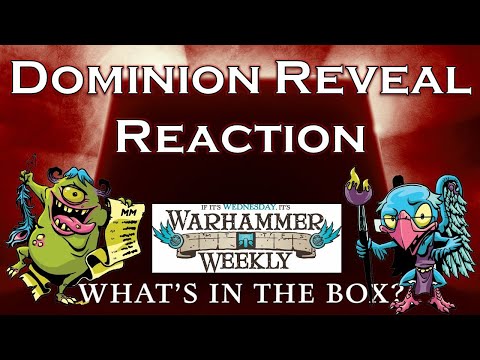 but it was very clear on the stream itself (can’t find timestamp). Trust the plan - we will be one of the Chaos factions released in this edition of AoS. Probably not soon, but eventually.