Separate blog for these as they are stylistically very different to my erewhon army im making on my own blog.

Once the world returns to normal I’m supposed to be doing some mordheim and I fancied giving my ogres a break and trying some chaos dwarfs using the “black dwarfs” list.

These are in a much more “rough and ready” style than my army - wanted to look less high fantasy and more down and dirty in the city of the damned!

This first batch of minis are all from reaper bones.

The “informants” won’t be hobgoblins in this force, rather paid thugs from human gangs showing them around the city and the best places to seek slaves. 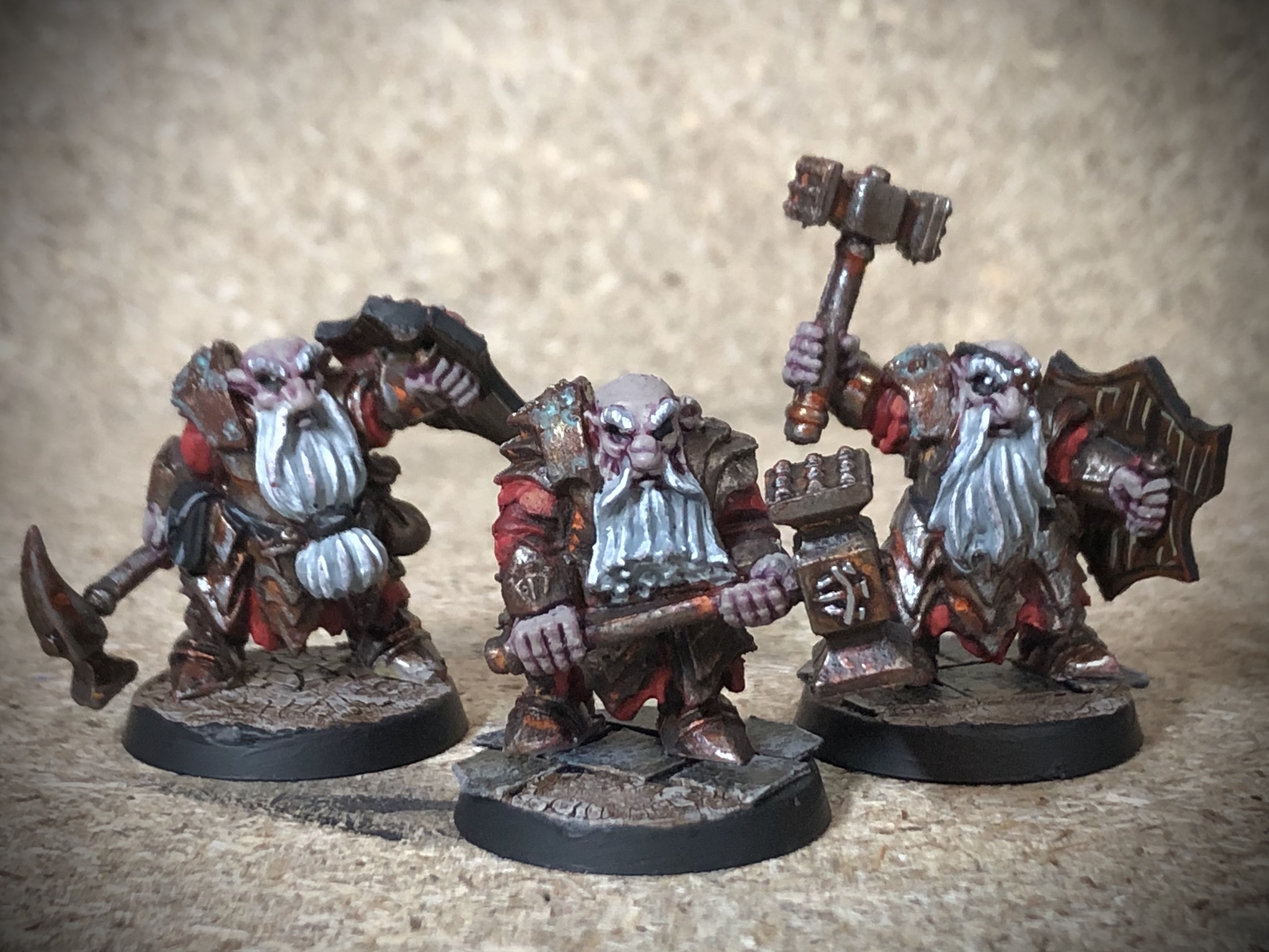 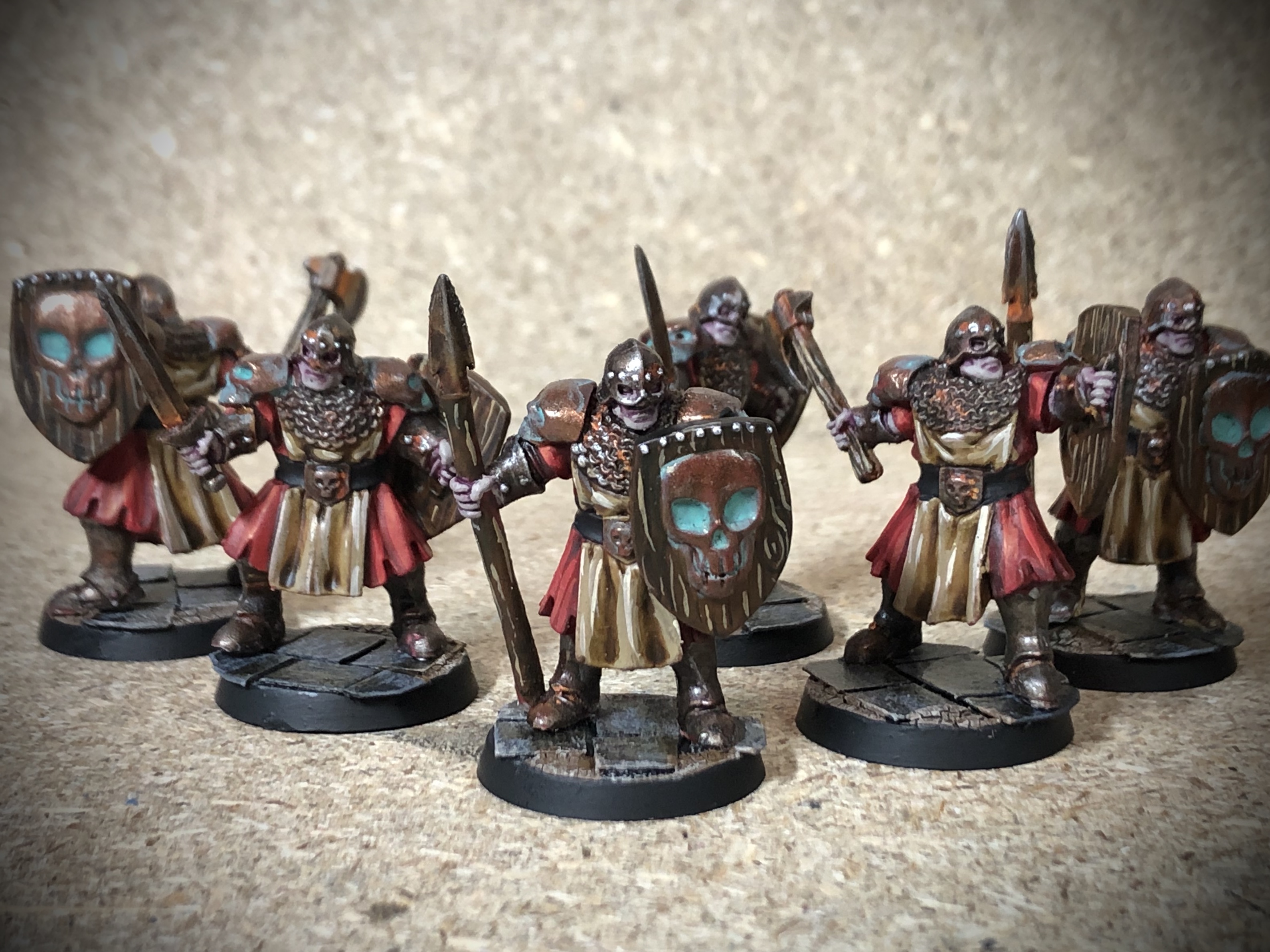 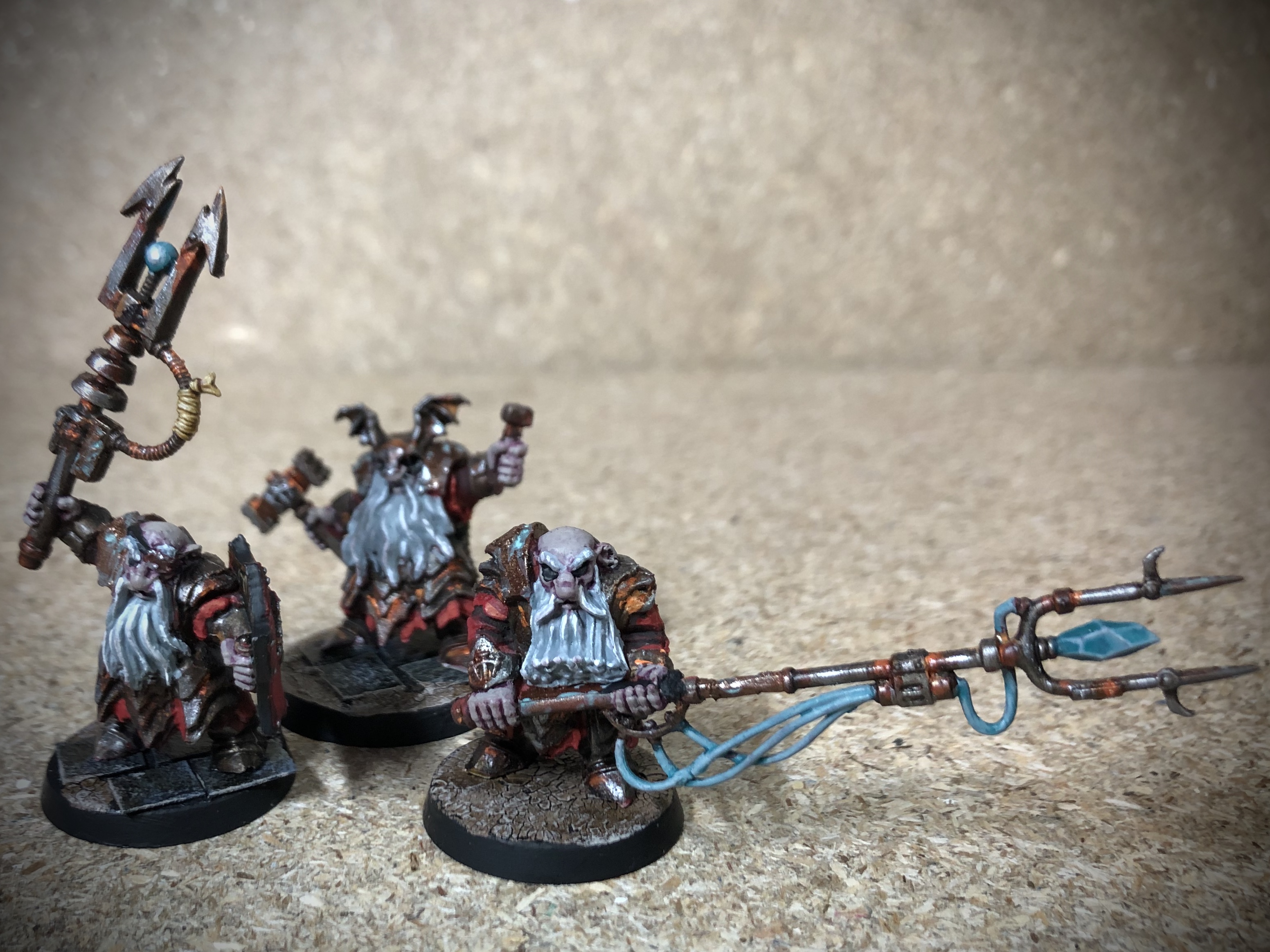 But I dont recognize the models, what are they?

Essentially reaper has done a massive line where they recast their old lead models in plastic. They are very cheap - normally about 3 pounds per model.

Easy to find on eBay

Well then off to eBay I go…

Great looking minis and absolutely perfect of Mordheim , I like their paid thugs, with the off colour skin though they kind of remind of the mountain from Game of Thrones so first thing I though was undead slaves

Yeah the henchmen certainly don’t look healthy do they haha

Especially with that skull motif on their shields.

The Dark Dwarves look awesome, I’ve bought some myself as they’ve come out. Are the humans part of that line as well?

Very cool conversion work! The Reaper models work really well in this line of duty! Any plans for a bullcentaur as well?

Are the humans part of that line as well?

Yes they are also reaper bones. Easy to paint and cheap as chips!

Any plans for a bullcentaur as well?

Bull centaur has joined the warband! 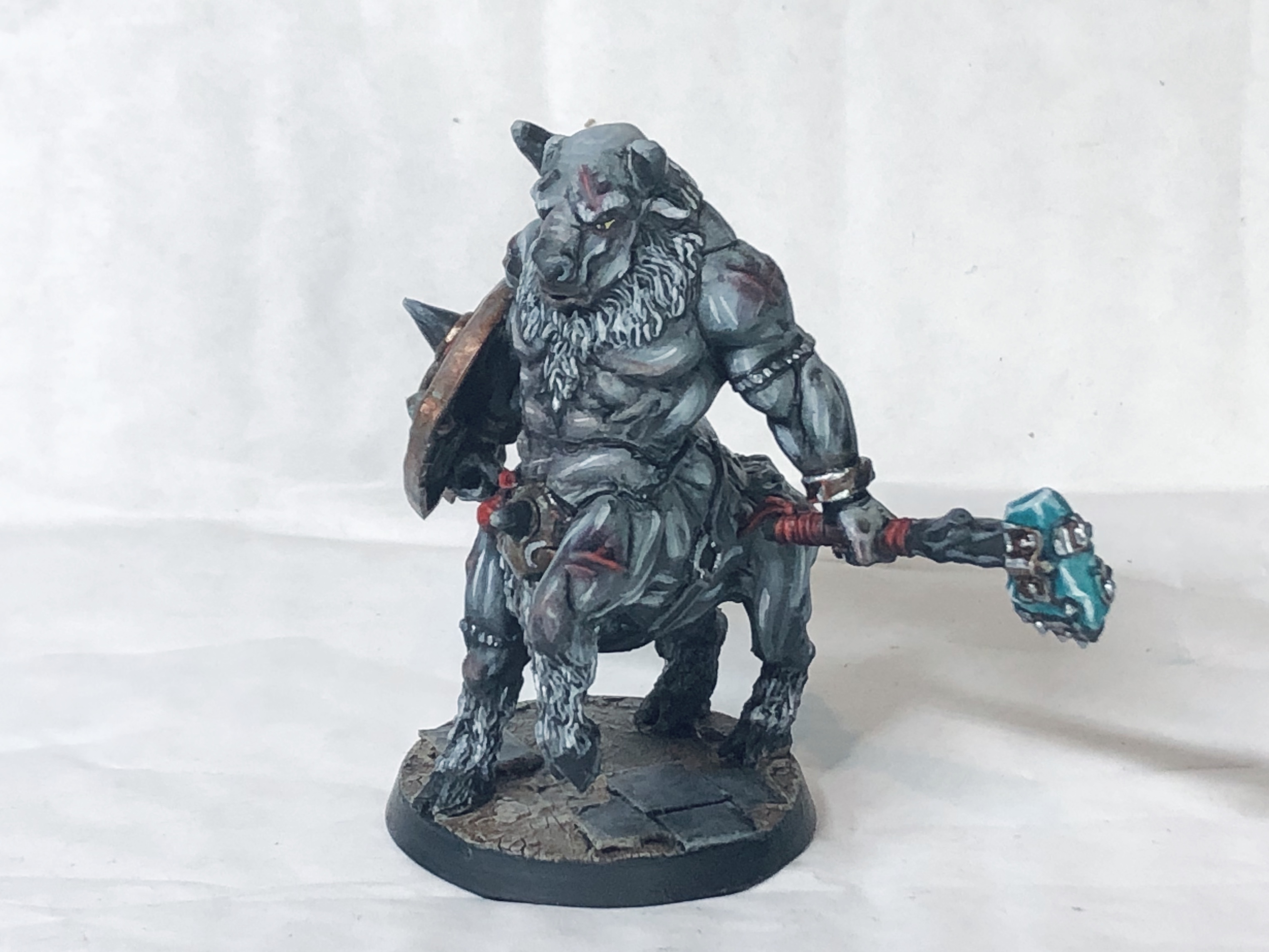 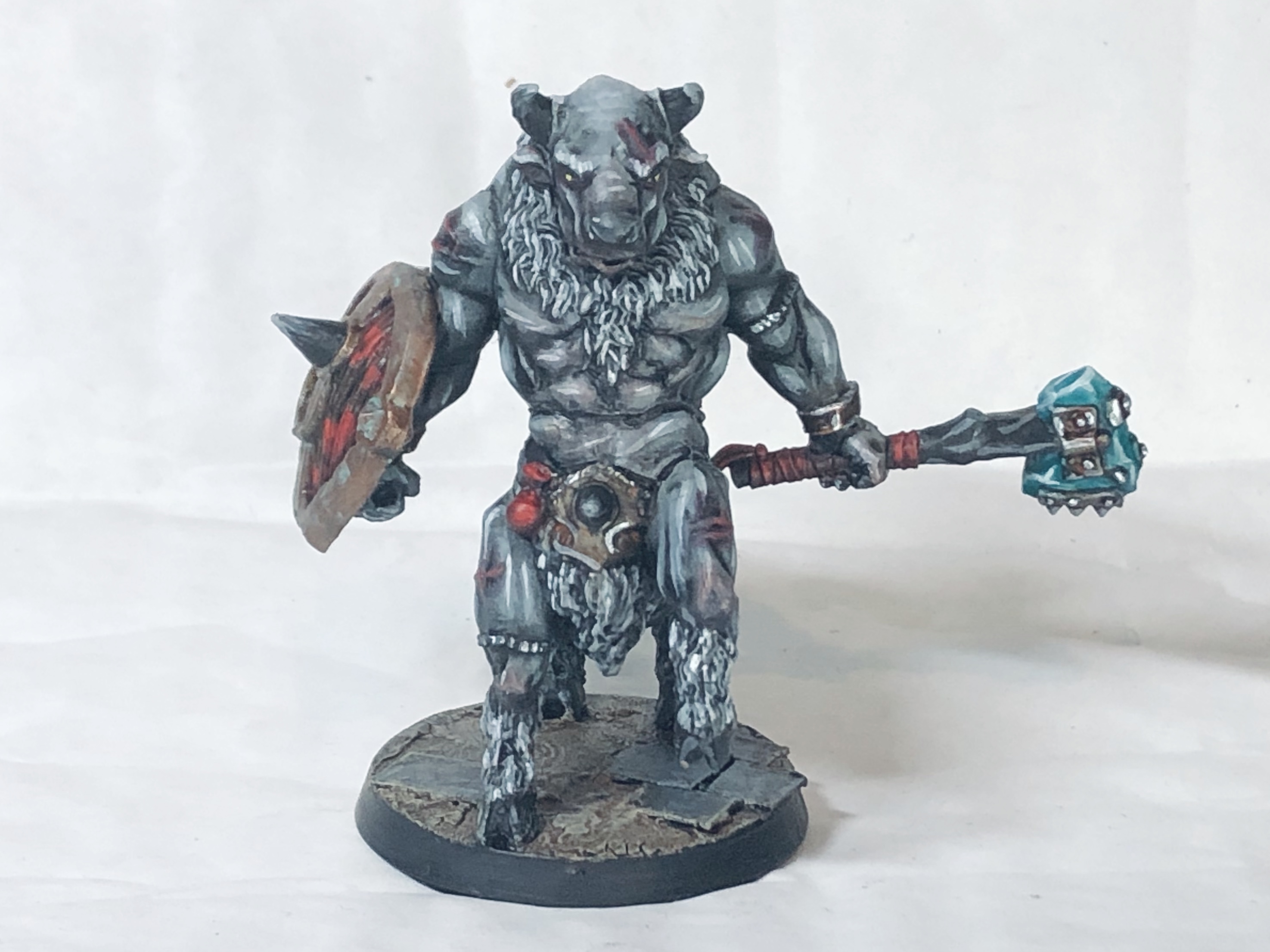 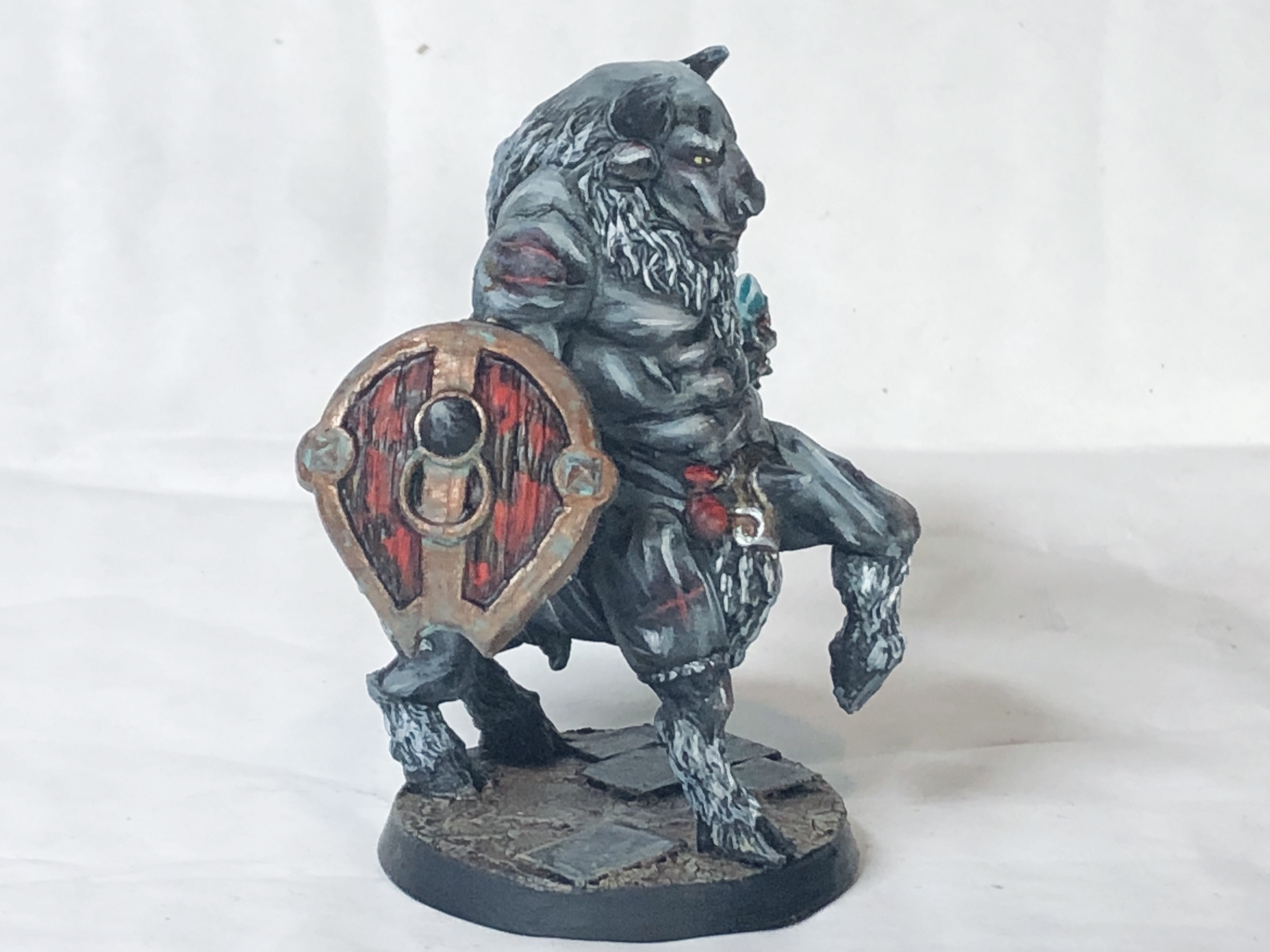 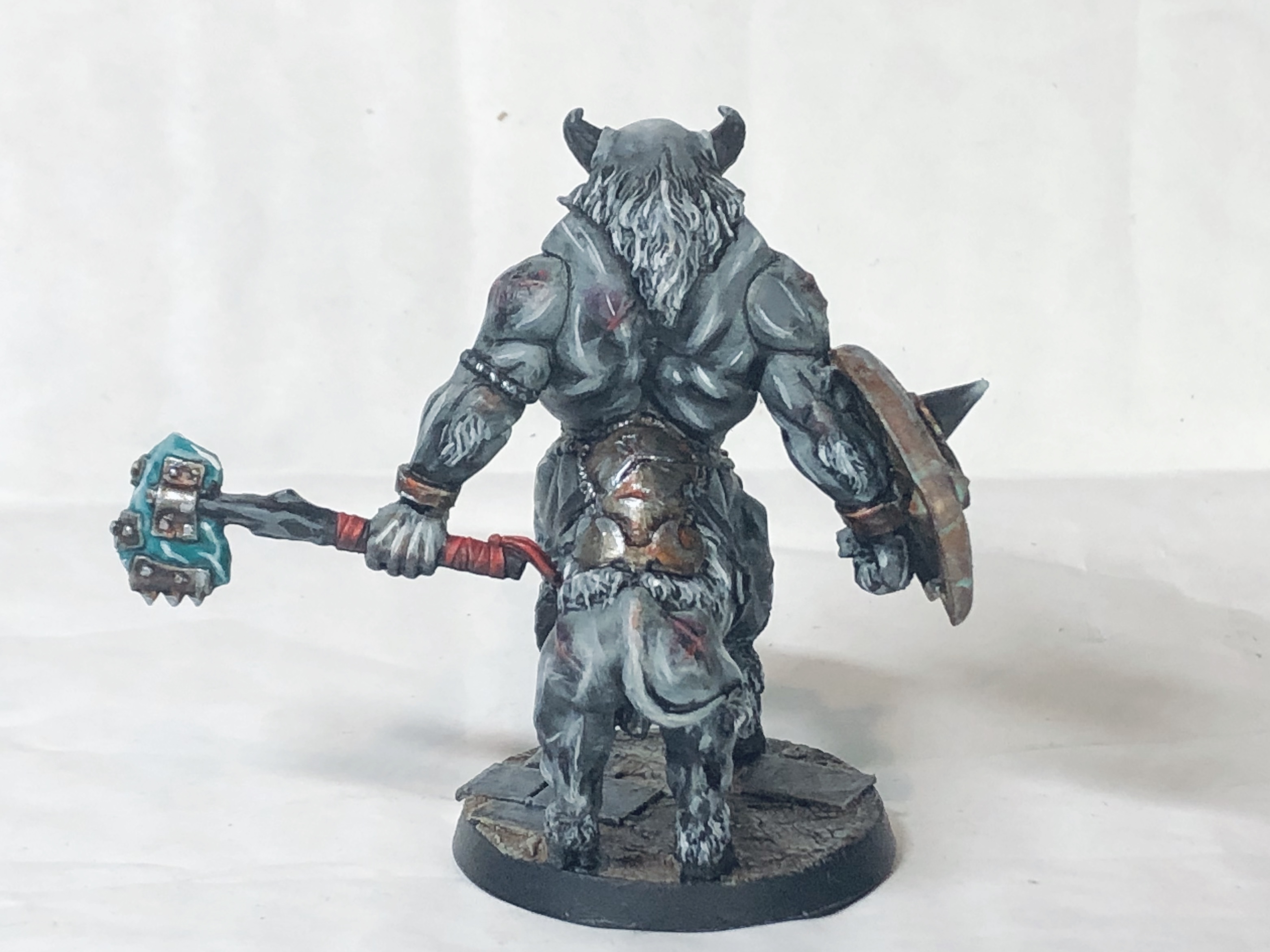 Pretty original design, but totally fitting! As one would imagine a grim and gritty denizen of Mordheim.

Okay, the Bull Centaur is way cool. Is he a conversion? The blackish-gray skin tones works really well for Mordheim.

. Is he a conversion?

Only a very slight one. The original model had two shields (weird - I know!) so he’s been given an ogre hand and weapon

Don’t know what game the model is from. Was an eBay find