This is a request for speculation on the part of my esteemed dark fellows here on the board. What do we know about the total population of Chaos Dwarfs during the WHFB era?

Obviously canon sources on this may be scarce, but I trust everyone here is enough of a CD fanatic to ground theories in something official. We do know, for example, that the total number of sorcerer-prophets may number in the low hundreds. Could we extrapolate other numbers from that?

How about geography? Based on maps of the Warhammer globe, the Dark Lands seem physically larger than the Old World, Araby, and possibly even Cathay or Ind. Does that tell us anything concrete?

This could require brainstorming and bouncing ideas around, maybe even via comparison to populations in other parts of the Warhammer world which are known, but we might be able to put a realistic number to things.

I’m terrible at population estimates but I would veer towards small. Much smaller than the human population if taking same square mileage in parts of the empire.

another reason towards estimating small is that the dark lands are mostly wastes with a few big cities and forts dotted around. And even though the area nominally under their control is large, I’d consider that the slave population would outnumber them greatly. (Think Spartans and Helots).

We also have to consider that dwarfs are a dwlindling race, I assume the same could be said for chaos dwarfs.

But as I say. Numbers wise I don’t know. But i think it would be fun for the better old world read folk in here to give a dawi zharr population, hobgoblin population and general miserable slave population estimates here

Right…
First things first…
If we assume that the equivalent technological level for Old World CD was similar to UK circa 17Oo-1800 ie cannon, musket but pre full industrial revolution (iron daemons being tare magical things). Then you might make some guesses
1.Hereditary Peers = Sorceror Lord
2. CDs represent only Urban population the rest being greenskins

Next question
How many sorceror lords?

But who knows
Fun speculating

What about the little helm dudes hanging out near the realms of chaos? Do they have fortresses? I guess much lower in number again

Ahhh but how big are the areas affected by chaos? It has always seemed to me that geography gets a bit twisted up there so who knows? Looking at the map there is no way those areas could produce the huge mortal chaos armies they did.

I guess a wizard did it

“A wizard did it” is quite the useful explanation for the unexplainable in fantasy settings, especially when we’re dealing with the forces of Chaos.

On a similar note to wizardly populations, and following @Uther.the.unhinged 's excellent speculation, what could we say about the population of slaves and other mongrels in the Dark Lands?

Let’s use the 750k CD population as a springboard. What does that tell us about hobgoblins in CD settlements? Hobgoblin clans roaming the wastes? Orc, goblin, human, beastman, or other slaves at CD settlements? Various ogres? Would their populations be greater or lesser than that of the Wicked Dawi?

I think it’s difficult to estimate populations in a slave economy because they’re not what you’d expect. There are usually many, many fewer slaves even in a slave-driven society, because of the risk that ratio causes.

(throughout this text, I use the letters DZ meaning dawi zharr as shorthand for chaos dwarfs)

It’s very hard for me to make historical parallels I want to here because it’s so politically charged. Very few slave societies have had adequate paperwork to permit historians to understand their demography. I think you could do well to look into how the Conquistadors ran their silver mining operations for a good real-world equivalent of how the DZ operate their industrial economy.

The answer should be obvious 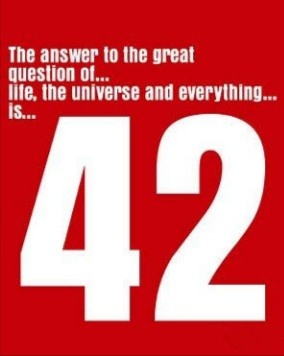 @chitzkoi such detail. Loved this exploration

I can’t help but think about stuff like this, it’s part of where ATWD came from.

I’m not looking forward to Creative Assembly and co adding detail to the Dark Lands, as I said on our last podcast. I will miss having the freedom to read this stuff in myself. People are going to take the random skaven and greenskin factions that are used as map filler and take them as “canon”.

It does look like The Old World is going to do something similar though, so it will become increasingly official over time… whether that’s good or bad is up to everyone individually.

Attention and lore for the old world is great. But its hard aint it. Things become less unknown and more set in stone and you have less space to imagine.

Remember before Horus Heresy was a big forgeworld project? It was all unknown and fan theories etc. As time has gone on we have learnt so much and its been awesome. But there’s less room to imagine now. Similar thing id suggest