Reaver's Battle Against the Grey [BATG 2021]

Good day for the BATG today. Knocked out 4 Mad Ones in quick order. These nuisances are lethal when they find you or when they get summoned out of nowhere by the dam Witches of Hemwick 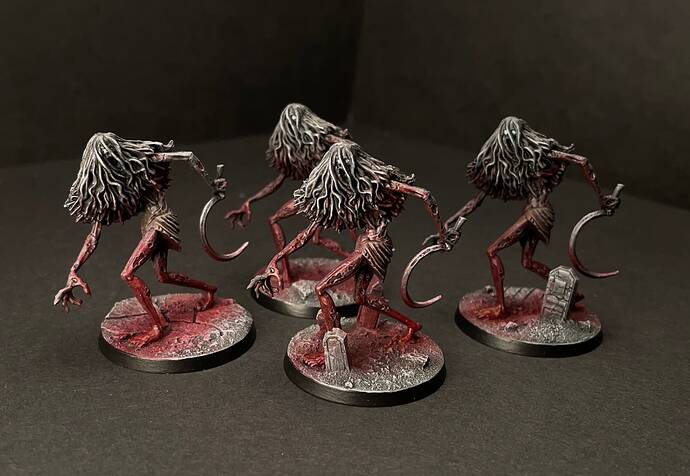 What an awesome project! following along with interest as my proper battle against the grey is only just properly beginning!

Join us in the Great War against the grey! It’s good for accountability and tracking progress. I’ll definitely be doing one again next year. But no reason to wait until then to start waging war!

Most definitely already started my war!

Truly hideous! Just the boss left to have another expansion fully complete.

In the unseen village, so called scholars’ attempts to conjure a Great One lead to the ritual sacrifice of the entire town. Amorphous blobs of withered humanity scuttling through the streets. 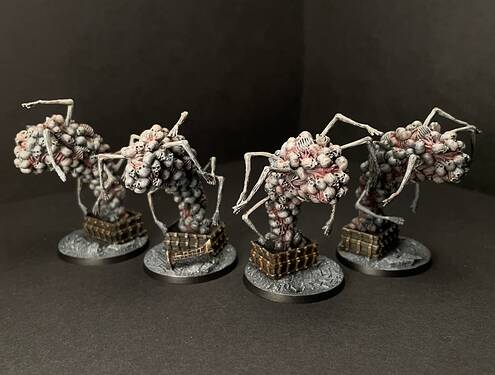 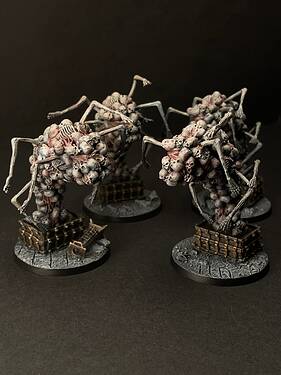 With the completion of the monstrosity of a boss, the One Reborn, I’ve finished Yahar’gul Unseen Village. Excited to run a campaign with painted minis! 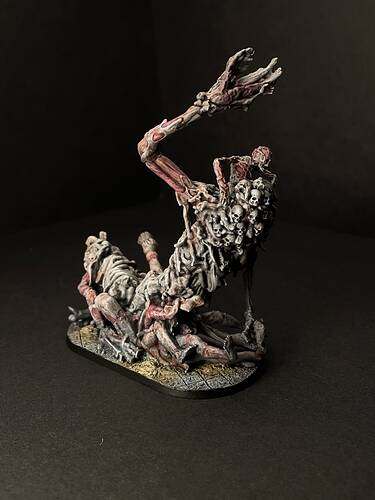 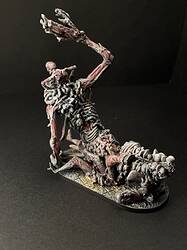 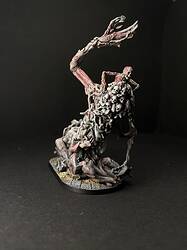 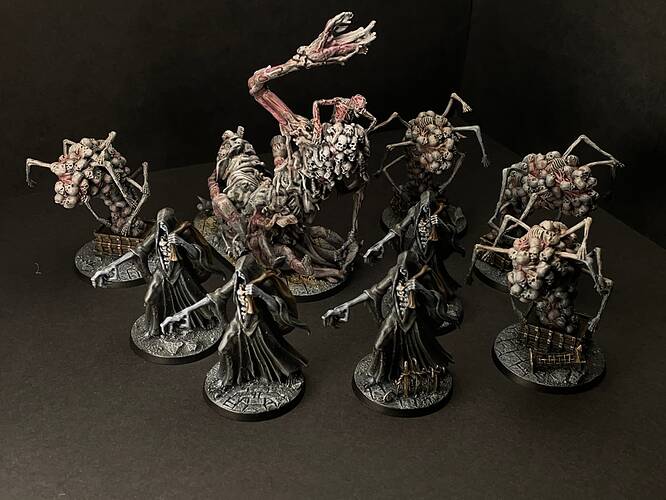 Thanks to a CDO hobby hangout, this one is over the finish line. For a while I’d harbored a mental refusal against floral freehand that has now been surpassed. Not fully a fan of the overall results but it’s also one of my most dreaded boss encounters from the video game, so meh.

This shotel wielding catacomb dwelling nuisance probably will be one of the last bosses I ever use. I had fun making DIY candles for his base though. 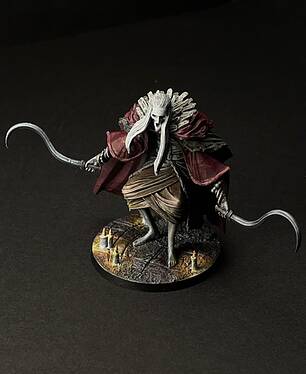 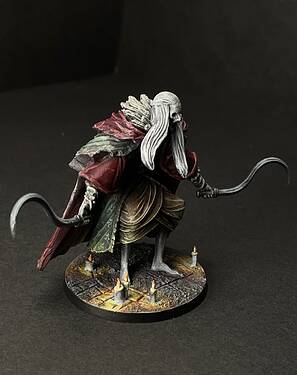 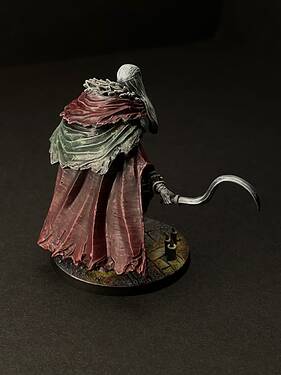 I have about 60 Bloodborne models and my Zhanta gift all primed so I’m hoping for a strong finish to the battle this year!

Lovely work as always . The candles and basing really set it off .

Agree about the candles, the whole thing is hauntingly beautiful

Those are so good! 3D paintings. Your a true artist! A visionary!

Dogs of Bloodborne, only missing boss dog. The ubiquitous annoyance across all Fromsoft titles… Holds true in the board game too… Batch painted, a solid victory against the grey 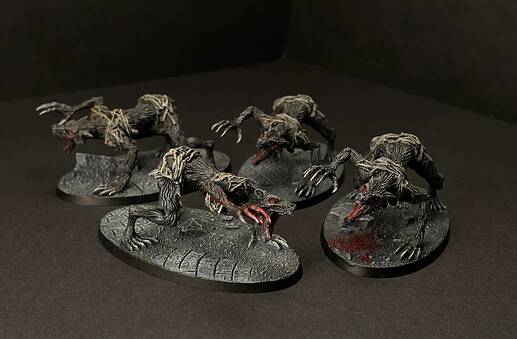 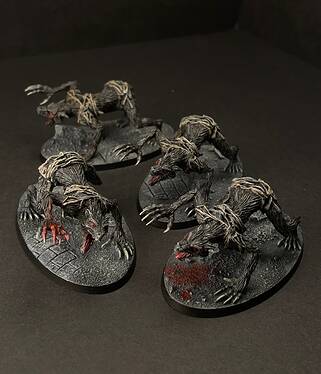 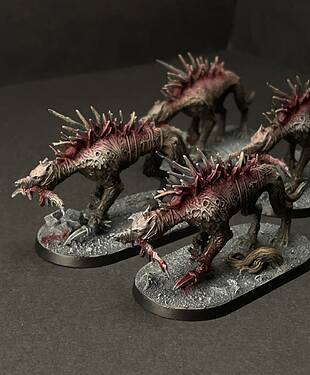 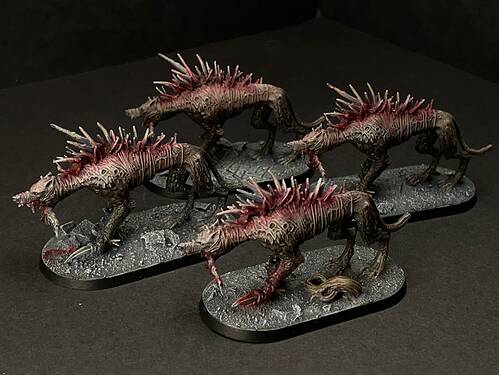 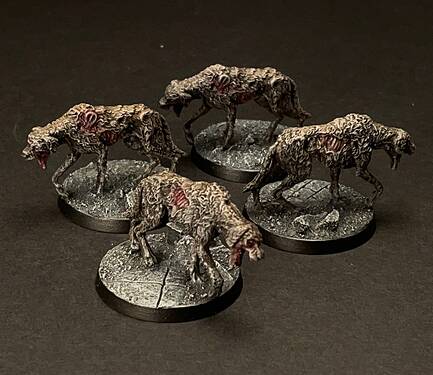 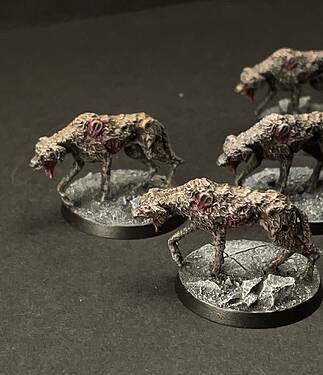 And now for something completely different. Angry old ladies of Bloodborne, some with summoning bells, some playing whack-a-mole.

These ladies actually had some plural colors on them. 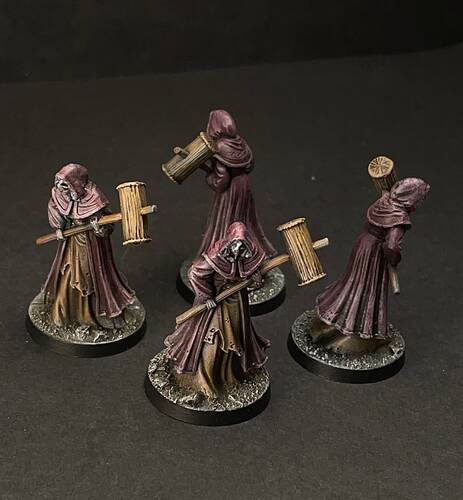 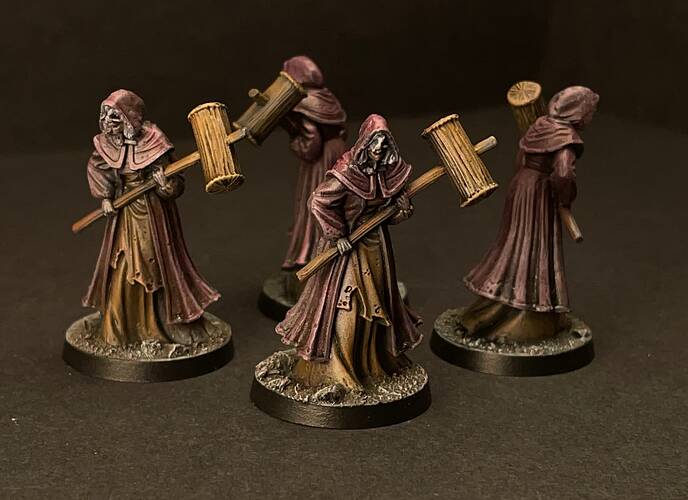 Ahh that’s better, back to grey for days. (With a little purple) 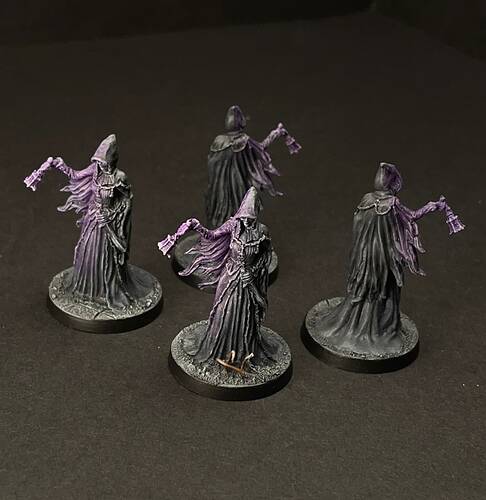 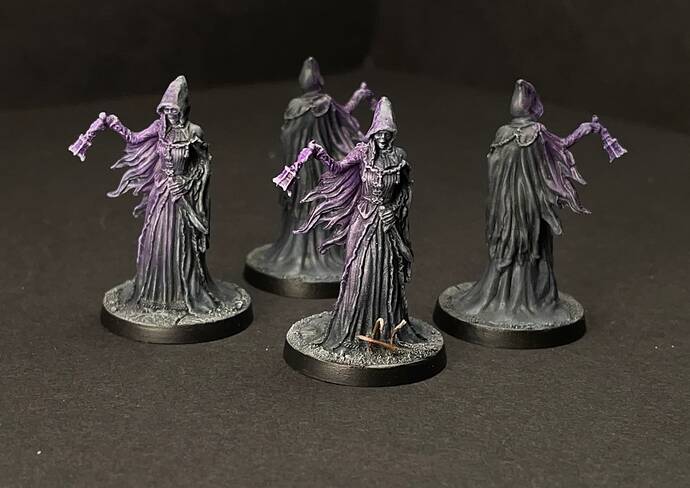 In one alternate universe Dante Alighieri and Hieronymus Bosch designed a tabletop game together … and the models looked exactly like these pieces of art!

I can add to this thread as of today… TLDR: I went into the middle of the woods to loot some vintage bones So this started as a random phone number given to me by a friend. My friend had a conversation with some random guy that ran adjacent enough to miniatures to reveal that not only did this guy have a collection, he was willing to part with it. My buddy gives me the number, tells me to text it and see if a deal can be made. A couple days pass. I fully expected no response. I knew the perso…

Roll call has been completed. 70 minis is a significant hit to the grey pile but alas, attics are no place for these mighty warriors!

Look! They’re Bloodborne minis and not just grey! Hobby hangouts on discord are great for getting over dumb mental blocks. Happy enough to have 4 done to nibble back into this week’s setback. Next item to show up here will likely be Chaos Dwarfs related! 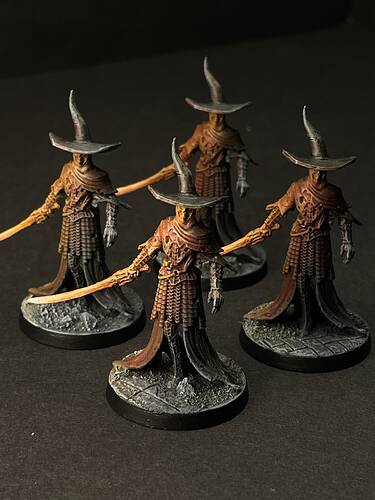 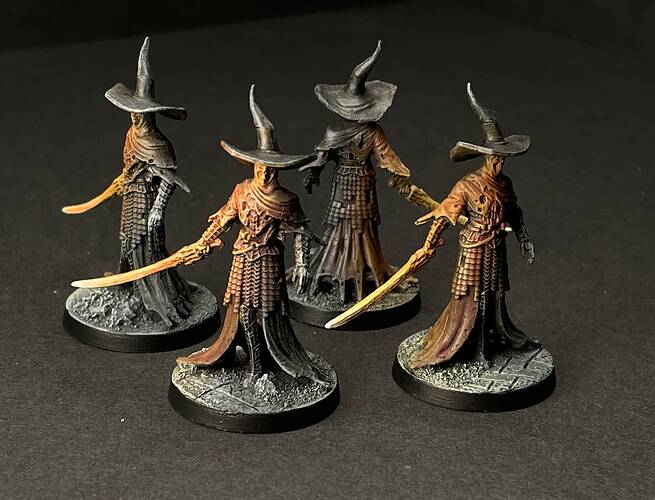 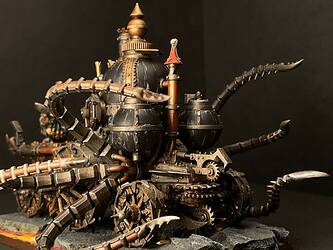 The Skullkraken come a knockin! Link to WIP since this was seemingly aaaages ago. About 1 year B.W. (Before Walhut) Link to my sketchbook lore that failed to motivate me to finish painting. Why was this a struggle? I may never know fully, but it being utterly dumped on and eclipsed by my asskraken is certainly partially to blame. Although the weathering powders and violet tie-ins from the asscannon definitely found their way into this scheme. [image] [image][image] [image] Mecha-owl and…

Bit of a hit to this year’s BATG by preparing for next year. 16 models added to the pile. 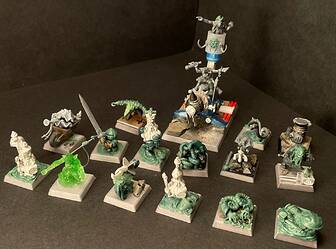 The Tjublings were purchased earlier this year but I was waiting to assess how they would be used. Now that things are based I can commit to the numbers. The rest pictured were bits bashes and/or sculpts conceived during this year.

Finally, it is time. This pretty much says it… except I ended up landing on 50 if you include the sorcerer on palanquin and the octopus from a previous Golden Hat. [image] Pictured below are all of the new additions to fill out the unit. Past posts with WIPs of the older familiars are #116, #142, #223, #226, #235 [image] Tjublings will serve as summoned minor golems forming the immediate guard of the mad sorcerer wading amongst his mob atop his mecha lobster palanquin. Also tried my own …

Likely my last BATG entry for 2021. A great year of progress with only one major setback.

Happy holidays to all! Here lies all of the progress pics from my Zhanta gift to @Vapo … The miniature started as a Mage Knight Dwarf Axe Knight although his axe, helm, and apparently knees had been hacked off ages ago. The poor soul sat neglected in the bin for too long! The stone hammer was looted from another trashed mage knight. [image][image] The shark helmet was pure accident but after an errant pinch of the green stuff I elected to keep it! I was aiming for the Dark Souls Abyss Watche…

That’s a great tally for the end of the year