Is it a chaos dwarf? Or is it just a short guy who worships chaos? I’m taking it as a win. 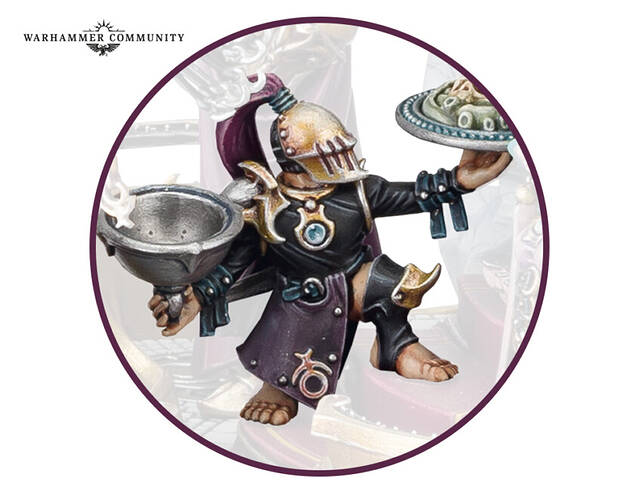 Could be either; iirc back in 3rd Ed Chaos Dwarfs could be taken in an army of any god, so no reason AoS Duardin can’t worship Slaanesh.

I believe mortal realms is more like this tbh. Hashut heads exist. But many “chaos duardin” are just slaves to darkness and god worshippers who happen to be dwarfs

Looks like he’s holding some sort of weird pizza.

Shame AoS has no squidmen that fans could theorise its made from.

He has no beard, so I guess he’s something else. Unless slaaneshi dwarfs are depraved enough to shave.

Shave? Nah, a Slaaneshi dwarf only ever waxes.

I mean he could be a dwarf but not a dwarf. Like as in a little person not a fantasy creature

Halflings always seemed like lazy hedonists without self control in Warhammer Fantasy, though.

Speaking of which, the first episode of Warhams sport hedonistic Halflings, I mean Ratlings of course.

I really like this model! I have no idea if it is a Slaaneshi Dwarf or Halfling, but regardless of which it’s a great concept, well posed. Real Warhammer design.

) and in it ‘dwarf’ refers to humans with dwarfism and similar physical conditions while the fantasy/Tolkien-type dwarves are called dwarrow (singular)/dwerrow (plural), which is taken from a letter/essay Tolkien wrote talking about the correct pluralisation of dwarf (ie why he calls them dwarves instead of dwarfs; the latter was the standard spelling at the time but when he was young he developed the former spelling as being linguistically more correct; when he was older and actually researched the etymology he came to the conclusion that if the word had continued to develop as the words for man/men did, then the correct plural of dwarf would be dwerrows/dwarrows, hence why one of the names for Moria in LotR was ‘Dwarrowdelf’).

@Lord_of_Uzkulak so much intense Tolkien knowledge

@Lord_of_Uzkulak : While we hadn’t settled on a name for the manling variant, me and a mate had a fringe background piece written up in a WIP fantasy setting for humans with dwarfism, in that they were seen with scorn and revulsion by proper dwarrows for parodying their own glorious rotund form and full beards by displaying proper height (no damn longshanking was ever seen as beautiful by dwarfs) yet perverting what could have been perfect (spherical) proportions with a frail mannish physique and weak hairgrowth, and often also sporting inherent deformities.

As such, human dwarves could not hope to find refuge among dwarfs.

Given that outside of Blood Bowl I can’t think of any Halflings recently released but we’ve had 2 new Chaos Dwarfs via WarCry it could be more likely a Chaos Dwarf than a Halfling? They day Mysterious creature though which makes me think it’s a Halfling

Watch Chaos Halflings get a full release for AoS before we see anything other that token representation for Chaos Dwarfs.

Of course they won’t call them halflings, it’ll be something like Hoobyttes. 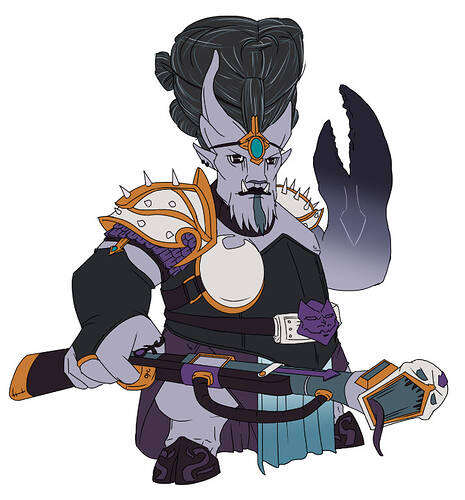 A Slaaneshi Halfling?! I need to own that model!