Yea I hope they do something interesting with them in the new Slaves to Darkness book at the end of the year! Would love a Darkoath themed list.

That’s May wrapped up for me, a solid effort in numbers an a mixed bag of models. Finished off another 10 hobgrots, and rebased the 10 I had already done as well. Decided to make the KruleBoyz water bases, so I could try out some UV resin. Pretty pleased with the outcome.

Then a few more AoS models hanging about, although the relaque was just a fun piece for my Bretonian themed Flesh Eaters. 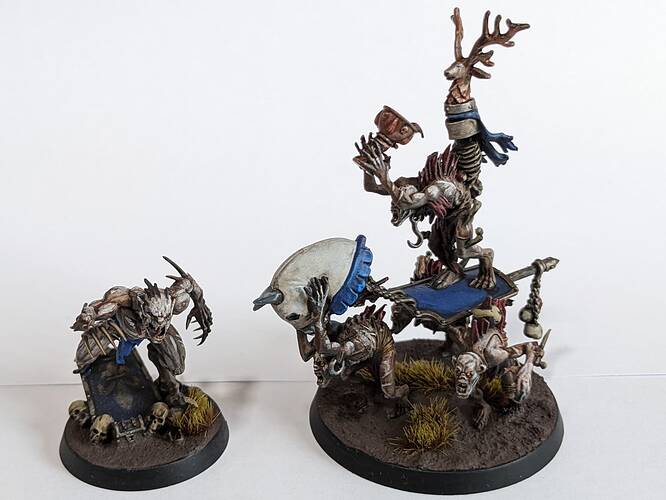 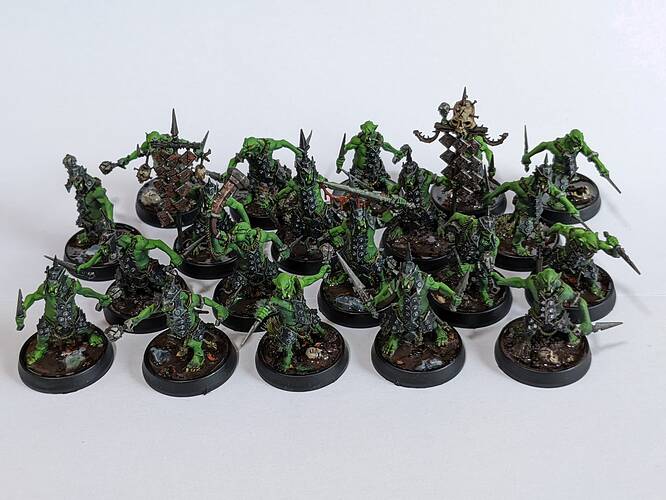 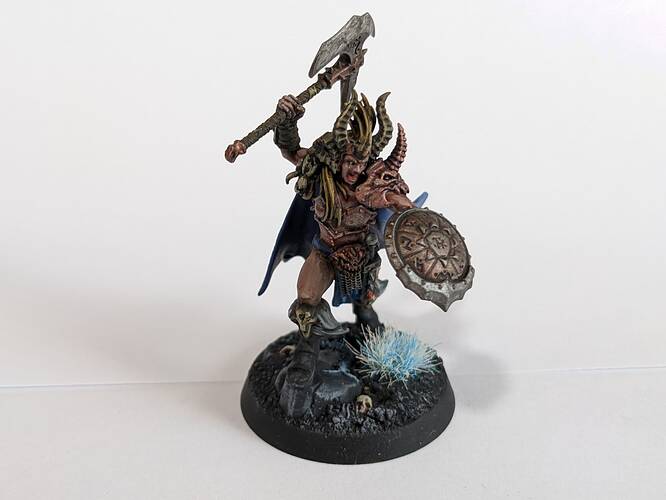 I traded out some models as well. Offloaded three of the primaris marines, as I have no plans for doing anything with them. Brought in a Swampcalla Shaman, Pot Grot and Beast-Skewer Killbow in there place, to help get me to 1K Kruleboys. So claiming a net 0 on the trade.

Thanks guys, maybe I’ll put out some pics of the full FEC army next month.

Yea warcry is probably my favourite, since original Necromunda. Got a lot of play out of it, group has tapered off a bit now though.

Bit late for the June update, but none the less here we go.

It was all Kruleboyz, I was taking 1K of them to an event so cranked them out quite quickly. Not so happy with some of them. I think I will redo the wood of the Beast-skewer Killbow, I used Wyldwood contrast and its a bit dark. All of the infantry could do with a few more highlights as well. 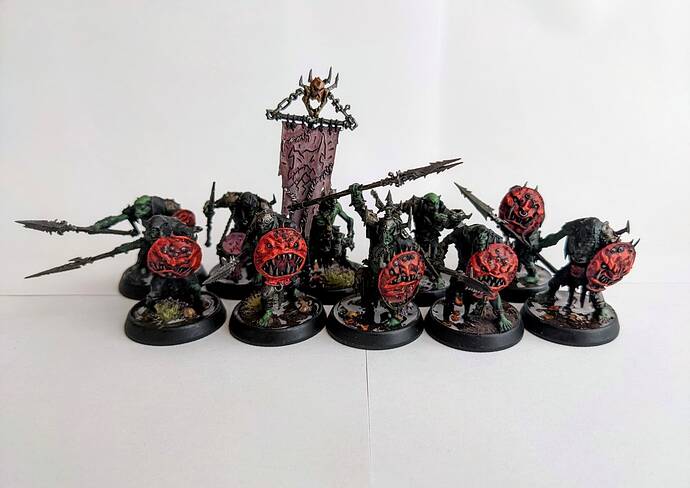 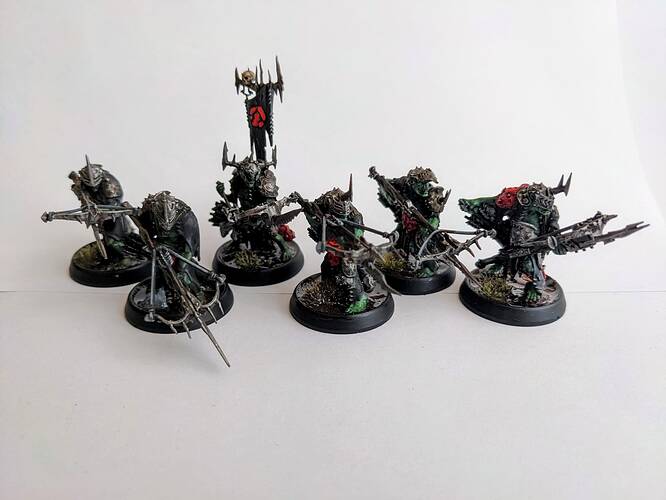 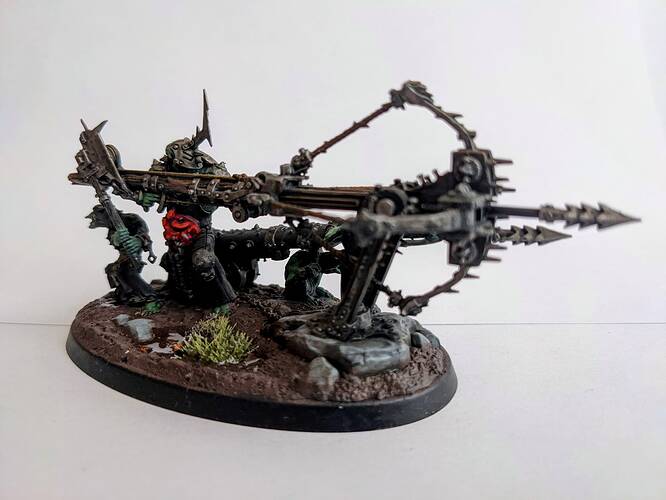 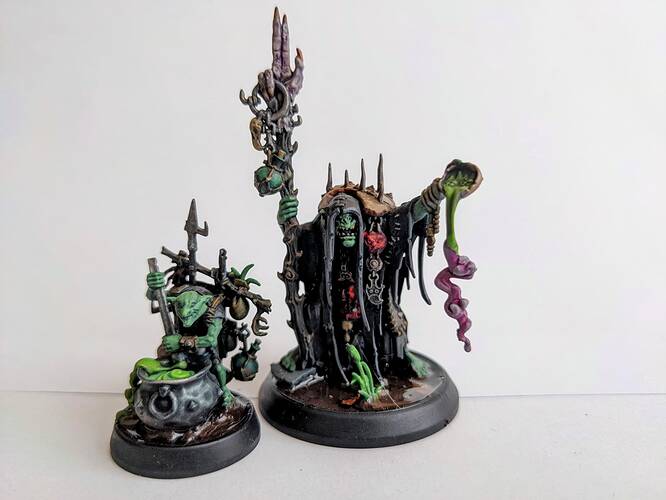 I also added a few models this month as well. There was a new in box N96 Escher gang that I decided I needed to have as well as some more 6 KruleBoyz. Also sold off the box of flayers, as I can’t see myself adding more to my FEC army.

Looks great! I only did a few, enough for WarCry. Should really find time to finish enough for a small army… Such themey models!

That’s how I started, with a Warcry warband. Hobgrots and a Killa Boss… pretty good build. Take the highground and throw bombs!

I think that’s a wrap for the month. Got bit slowed up by a large model, in the Breaka Boss. Then started on my vintage Necromunda models that I wanted to take a bit of time over. I’d forgotten how great these old models are, so character full, not like a lot of the new generic plastic stuff. 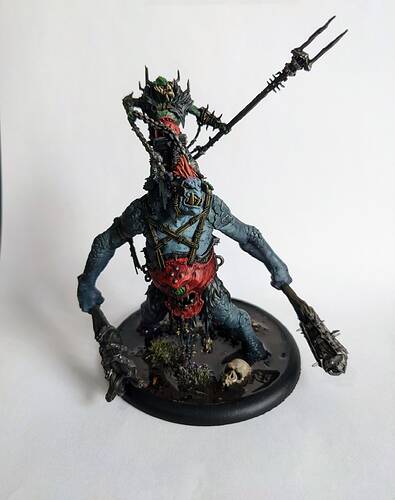 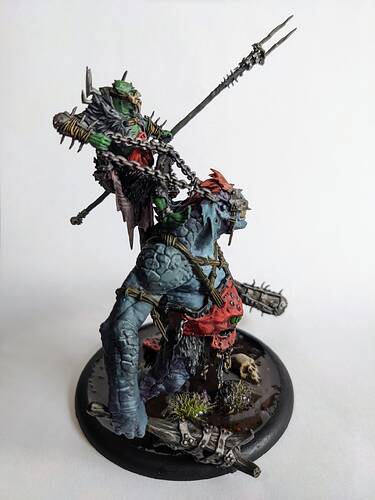 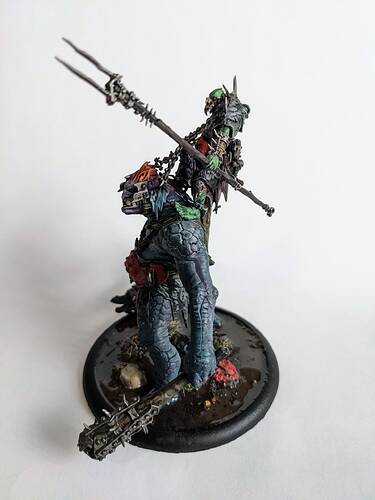 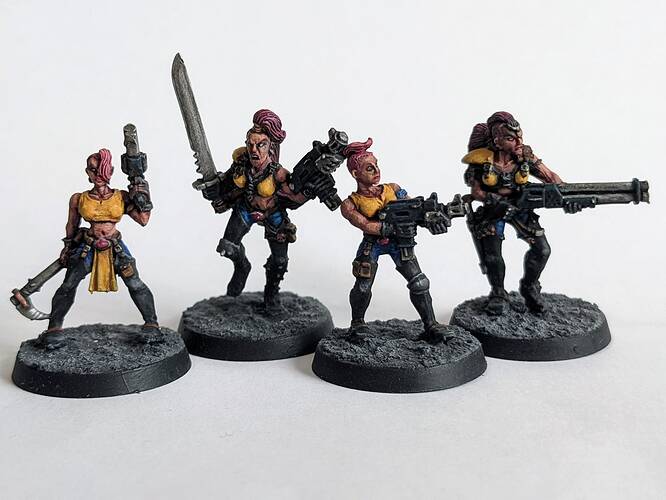 Added to the pile, another Necromunda Escher model and five Cataphractii terminators to make a Deliverers Raven Guard unit for Heresy.

Slow month for painting just finished up the remainder of the Escher gang. They’re great though, so might have picked up a few more. 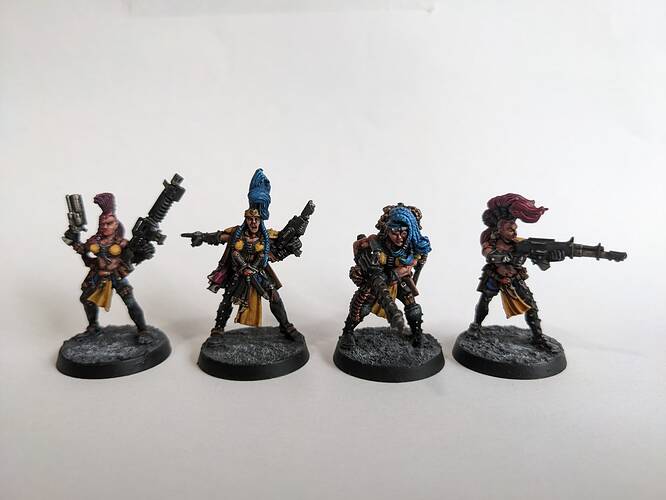 In addition to 5 more Escher girls, I grabbed another 10 Gutrippaz that were a bargain on ebay. That’s to positive months in a row now though

Love these! I’ve got a whole metal and whole plastic Escher gang good as new…somewhere

One day I’ll find and paint them haha

Smart here, looking at these makes me want to bust out my metal Escher gang too

lovely work on those classics

Oh Raven Guard you say… Looking forward to that

Thanks guys! Those metal models have been my favourite thing to paint in a long while.