Soldiers of the great mine

Hello all,
Some time ago I had a rather big Chaos dwarf army which now has a new Lord.
But love for CD lasts forever as all you know ;-).

So apart from some smaller projects I collected some miniatures for a new force.

This dark dwarves live in a dirty valley where they exploit the base of the surrounding mountains for coal and toxic minerals, a work no honorable dwarf would do. Bitterness grew among the miners and more and more they separated from their kinbrothers and became harsher and neglected all faith to any gods but the power of heat and iron.

This has to be enough for the beginning. 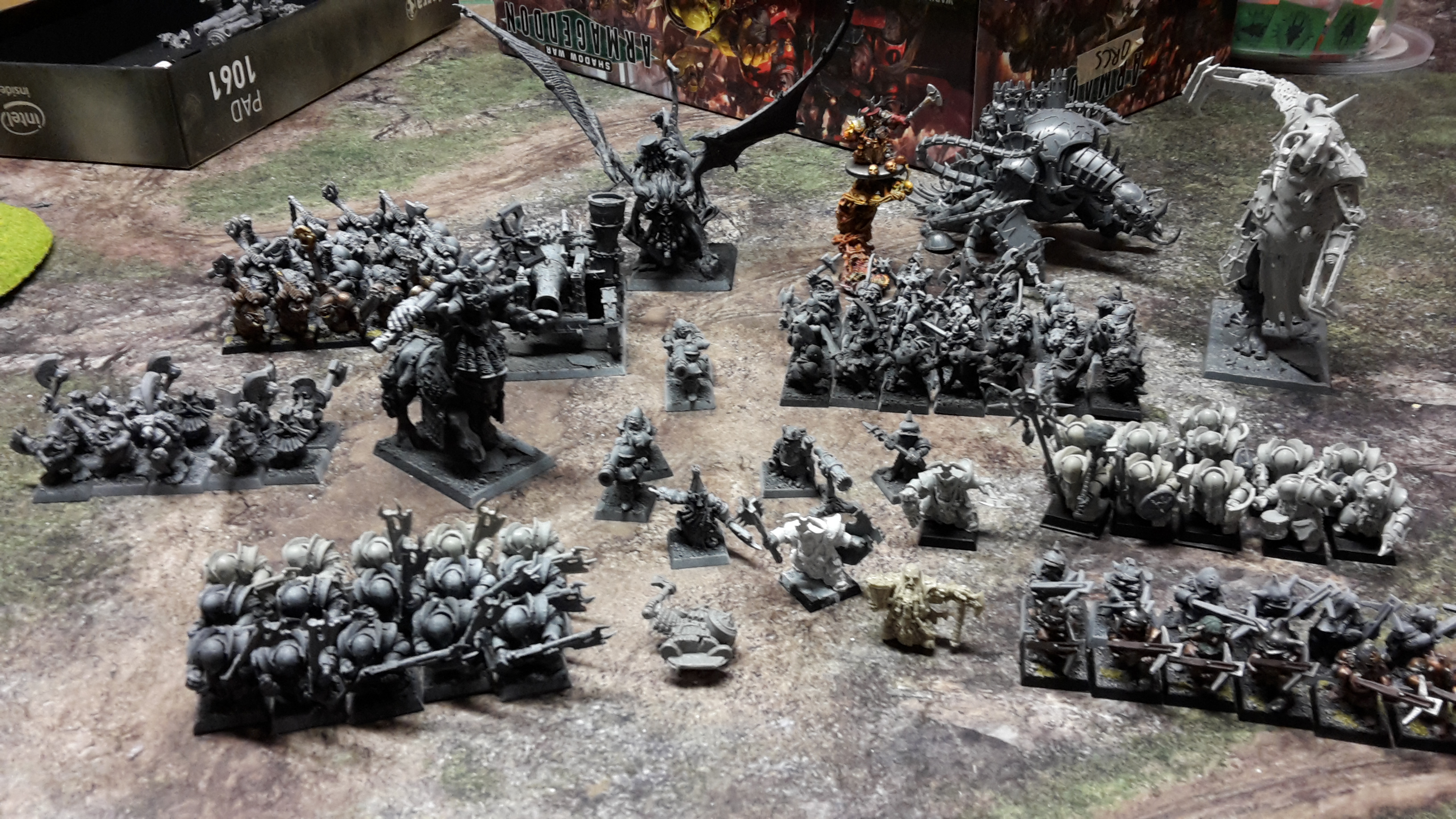 That’s a mean looking force. Love the giant and ?Maulerfiend?.

Thank you all for your kind words.
T9A is my favorite ruleset of the last years and the army will be built according to the Infernal Dwarfs armybook.

@denelian5 I like the siege giant, too. As I realized recently I could have been lucky to get one in a lot.

@Uther.the.unhinged Youre right, Ill use a Maulerfiend as Kadim Titan (formerly known as K`daii Destroyer).

My models will come from some ranges, the look will more be metallic and dirty and with with some snow on the bases this time. As a contrast color I plan to do turquoise mainly.

? The Daemonsmith / Lord on the pedestal, is it a “Flying” model

Originally it was planned as a sorcerer on flying carpet (whfb 8th edition ). 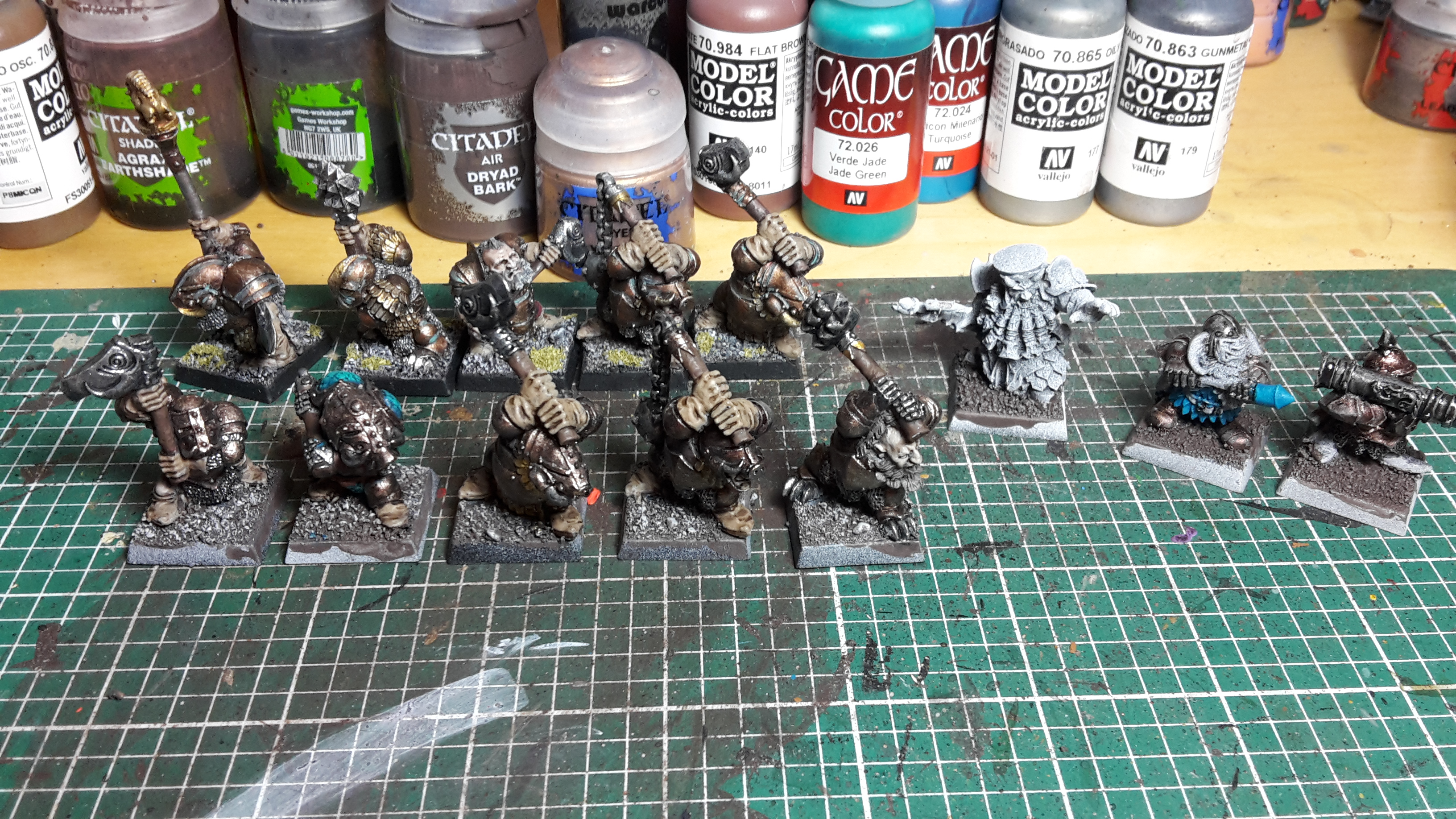 Very nice model selection and as far as recognizable again a more than cool painting!

Thank you @Zanko for your support!

Tell me, which Chaos Dwarf model do you use as a rider for the Lammasu?

I´ll check later, think it was one of the FW daemonsmiths from the character set.
(Sadly I own no lost kingdom models; I`d change that if they sometime become available again)

It is a conversion of this guy:
https://www.forgeworld.co.uk/en-DE/Daemonsmiths (the right one with the extended left hand ).
The weapon was swapped to a big sword by the former owner.

I’m curious to see how well you can do it as a rider. Ad hoc I would have thought that this model is too big.

@Zanko Here is a picture of the Lammasu in its current state: 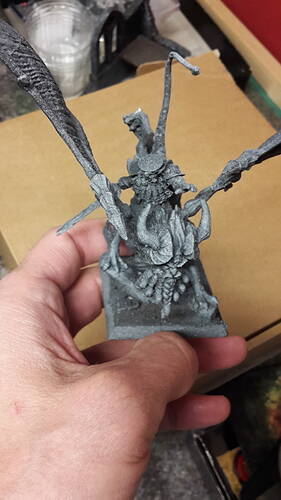 And an update of the painted infantry. I’d like to do 15 of the Chronopia models to have the minimum number for Immortals in 9th age. 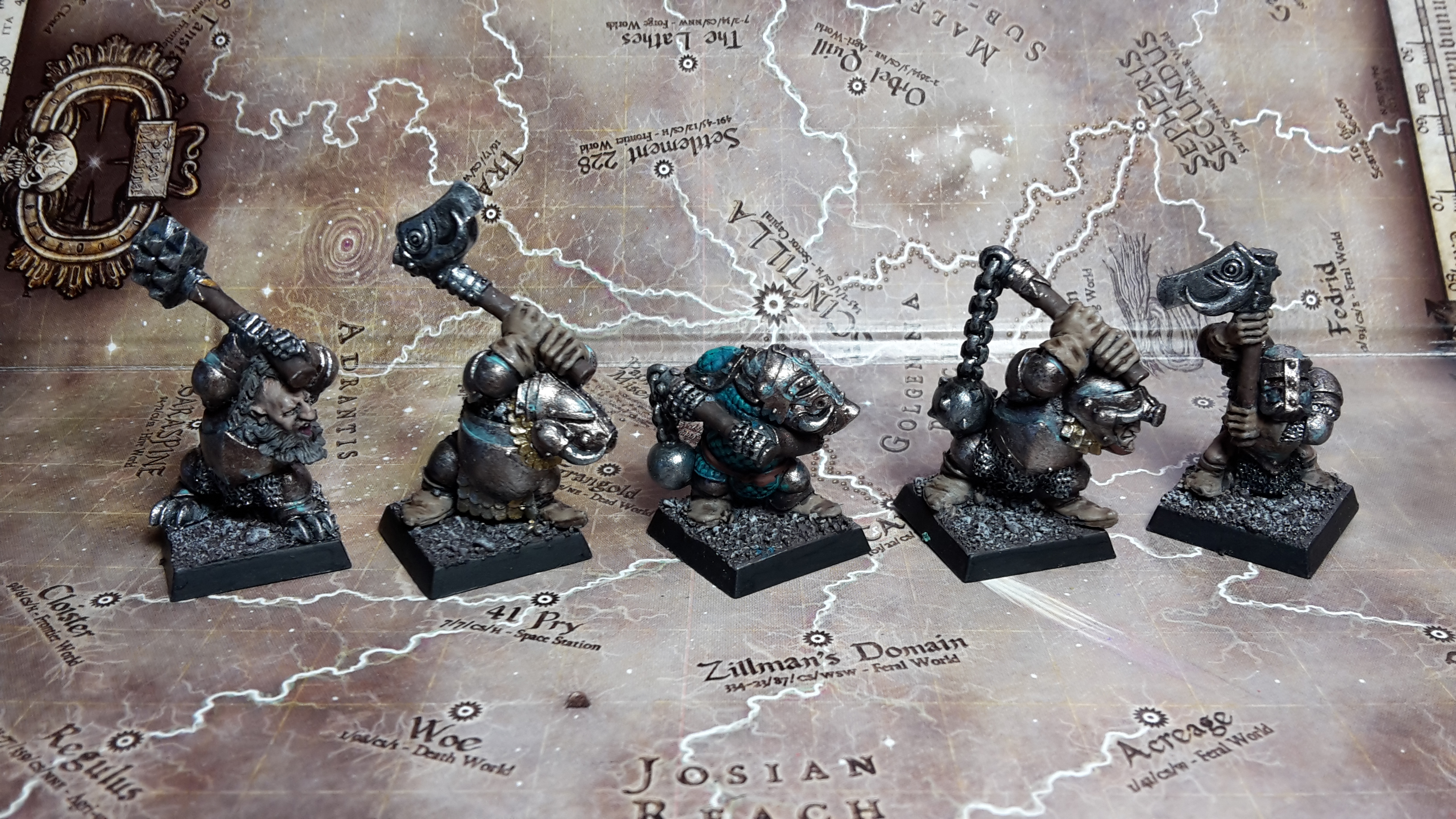 And I began some of the old citadel chaos dwarfs. I like the Individuality of this range.
Paint Jobs could be more elaborate but there are 30 waiting for paint ;-). 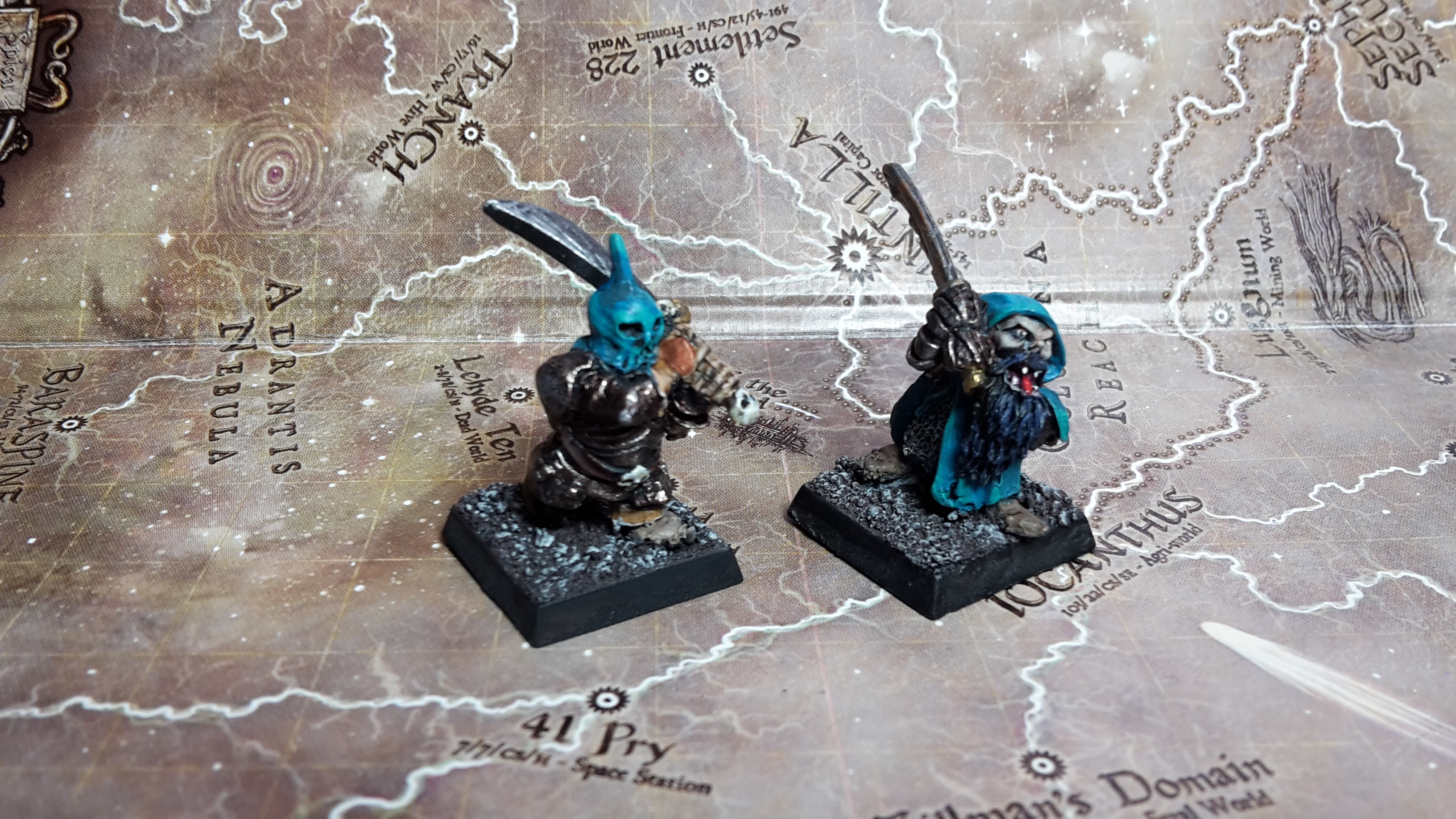 Good stuff! Love seeing the Chronopia models in there. Liking how your turquoise and metal scheme is looking! The Lammasu looks great with the FW rider.

You’ve done a great job with those minis, like I said before I really like your painting style, can’t wait to see how the sorcerer turns out

Thank you very much. Today I had some Hobby time, here a weapon team and there is an impression of how the bases turn out. 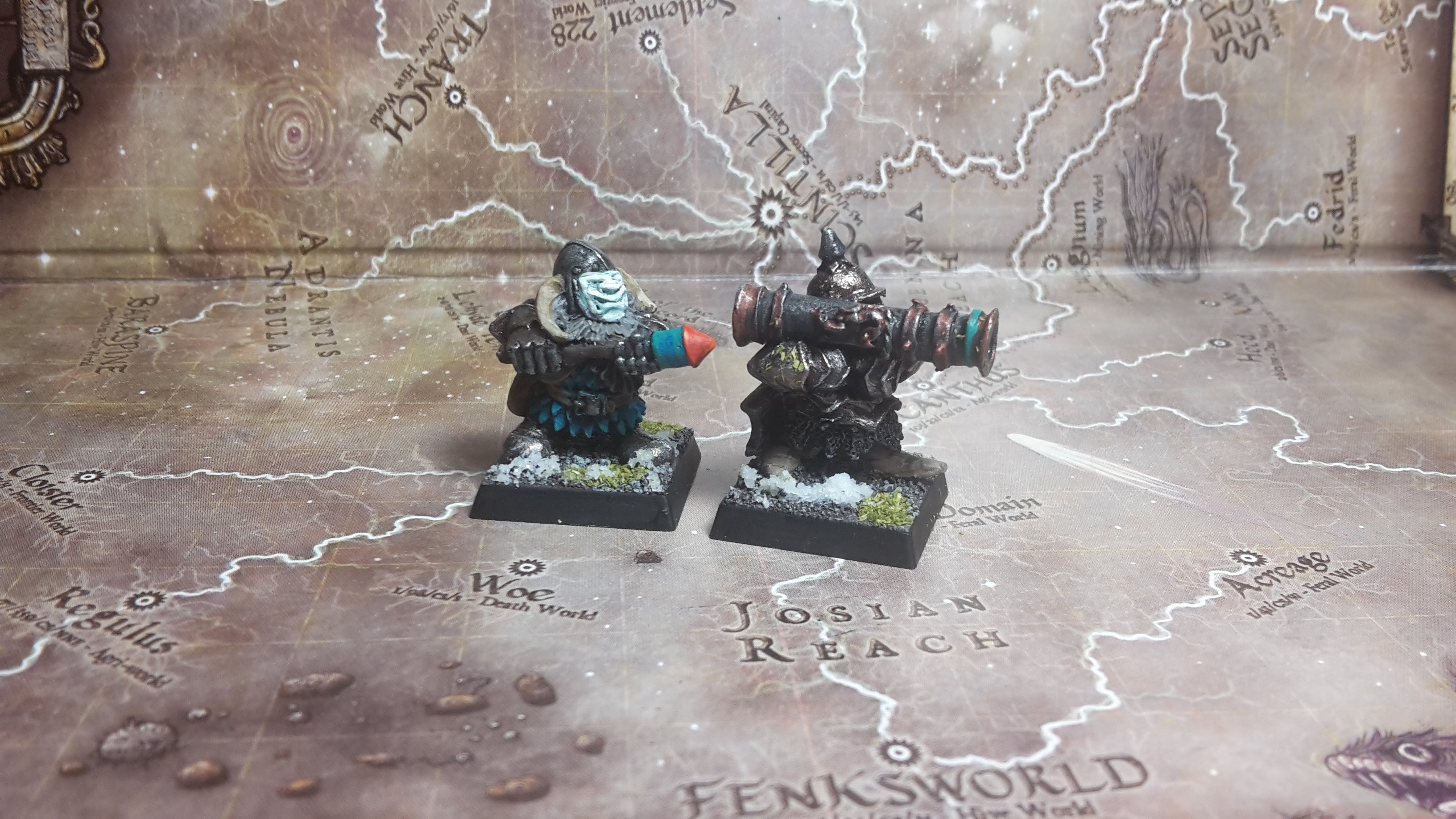 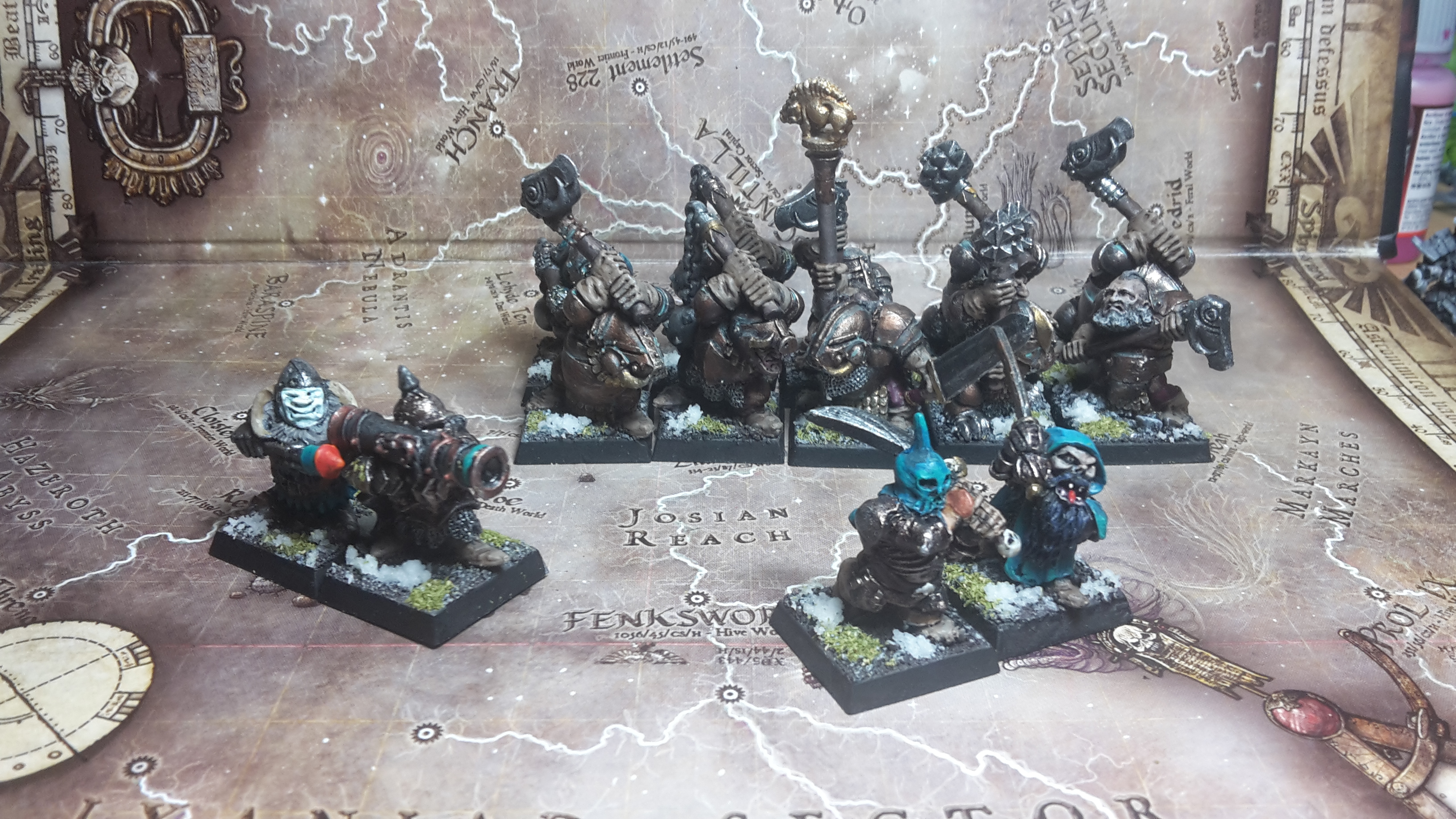