Starting a blog for these boys.

I’m a fan of discord, however I needed to adjust as it’s not really that great for blogging stuff, it’s more of a conversational thread that if you miss for a few days it’s really not worth catching up on as there is just so much going on. It’s great for that and I do enjoy it, forums I think are the best way for tracking mini projects though.
I’m saying this because my Slaves to Darkness has mainly been posted there so please forgive a few things you may have already seen.

These new warriors I have to say again are some of the best designed guys I’ve seen, they have minimum parts with most coming in just 3-4 bits and they are such an open design there is no really need for sub assemblies.
The same cannot be said for the Knights though, they are very strangely cut up for the sprue

though the end result is again glorious minis. 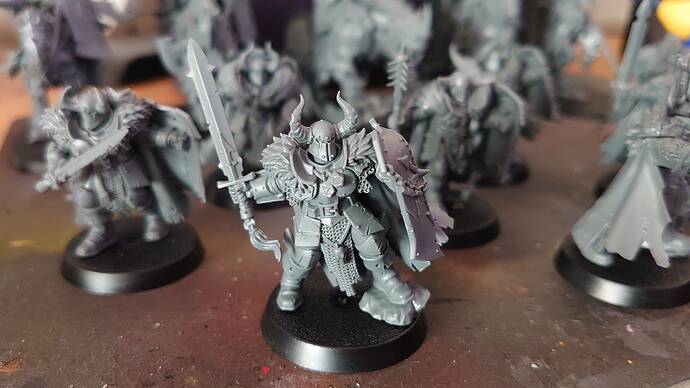 I’ve opted to go for a Sons of Horus theme hence the Sons of Darkness.

Test mini ended like this, same army painting mindset as the Chaos Dwarfs, armour is base colour and one top down highlight colour, sponging on dark brown for chips and oil wash and job done. Picked out the details and wet blended cloaks and furs 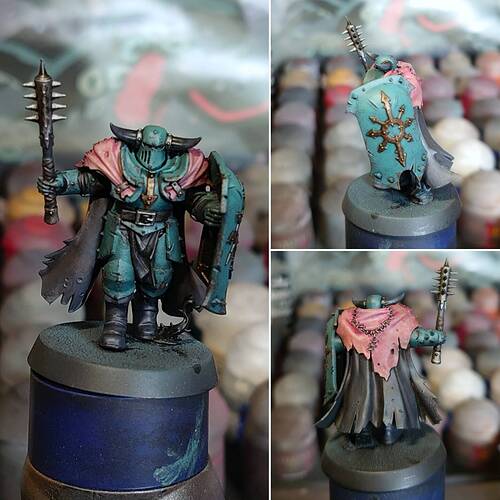 Basic basing too in just airbrushing Zandri Dust making sure to catch boots and cloaks on the way, a unit looks more like… 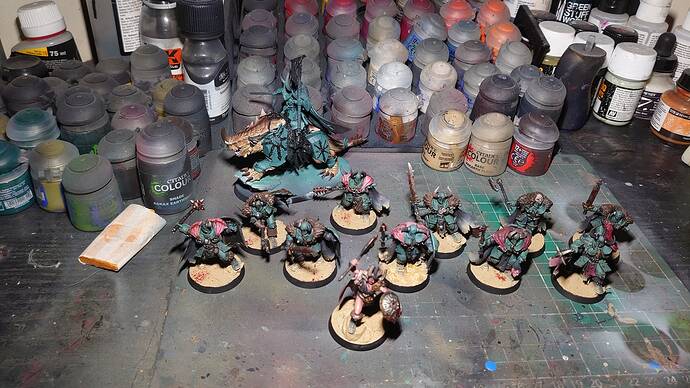 Lead by Axhi’mand, also known as ‘mini Archaon’ for his likeness (very creative I know

) I originally just wanted to get this scheme out of my system so I didn’t buy and new Horus Heresy stuff that is coming out but now I really like that I could run this as any Nurgle, Tzeentch, Khorne or Slaanesh army so some good variation in the lists 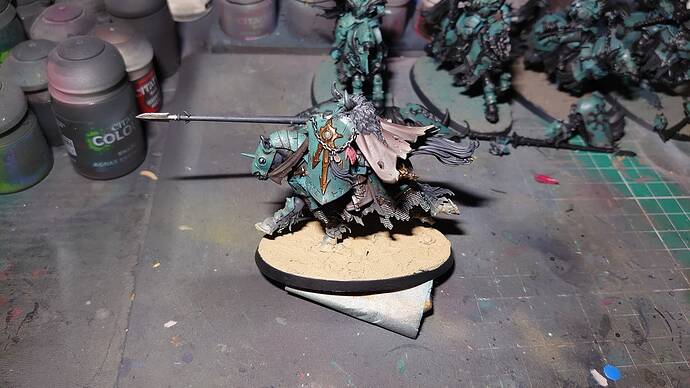 I haven’t been able to do a monthly goal for the last 2 months after work is due and had been delayed in the house for us to move out and a wedding where we were away for a week. Hopefully I can back on in December but definitely will be back in January

Looking amazing Ghrask. And yeah agreed re discord. An app to have friendly chat with other members? Perfect. A place to blog? Absolutely not. Content just gets pushed back and never seen again.

It has its uses but doesn’t replace this far superior forum.

Very nice touch with the Sons of Horus

I’m also trying to make some use of other unpainted minis I have. Not one to miss a bargain I’ve been picking up the odd Mortal Realms books, not enough to make a an army in and of itself but…

I also found an old model Harry the Hammer in my bits box, this guy had amazing fluff which made him the bane of the undead. 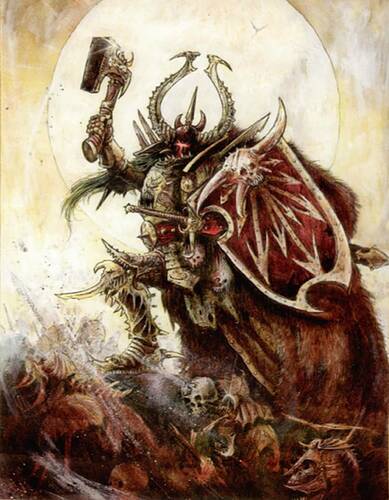 So to make that my own a little I’m thinking my Chaos Champion here can summon the dead with his hammer which (as I’m playing as Ravagers that have a rule rally Warbands like Seraphon summon lizards) will count as Chaos Marauders.

It also means I don’t need any of those awful plastic Marauders in my list woohoo.

So I did a little tester with a chainrasp/marauder 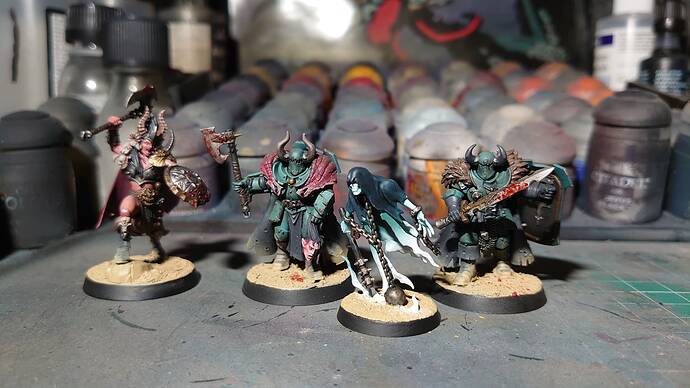 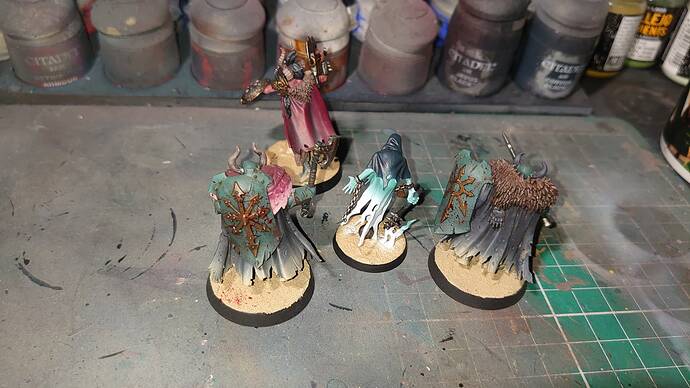 I’m so happy you chose that color scheme

Also… discord has other uses, this isn’t one of them!

I may have added another mini to the collection… 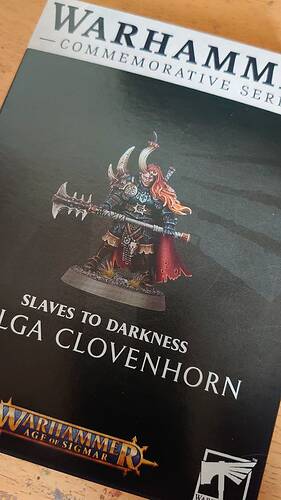 …did I need another champ? Nope