Stonecast! Can I paint an army or is it just a dream 🤔

So I was excited about the new Dark Angel release but as it should doing my Battle Against the Grey made me think twice about adding to my already numerous projects.
So I came up with a plan, my collection of Stormcast minis are great, I think they are brilliant sculpts although of everything I have they are the ones I would use the least so why not use this motivation.
I thought let’s get an easy to replicate scheme for them and look to finish the army as if it was a commission and sell it at the end of it all, not only will I progress the BATG but I could use the money to fund the new Dark Angels…win win

The only thing to stand in the way is my own ability to stick with and finish a project, something over the years that has happened very few times indeed. I’ve been asked on multiple occasions about commission painting and this is something that has always held me back, keeping my own stuff unfinished is something but there is no way I wanted to do that for someone else’s beloved minis. So I though let’s give it another go, the only time you really fail is when you stop trying

I always wanted to try a Stonecast mini, I really like the idea of these statues around the realms starting the wake up and come to life so I tried a test model with a scheme I’d had in mind… 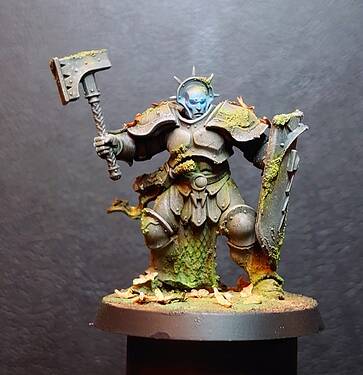 And there it was, very easy steps for me, not a lot of time to do and I think quite an effective result at the end and so I’m going for it! Let’s see if I can paint an army of these and sell them on at the end. 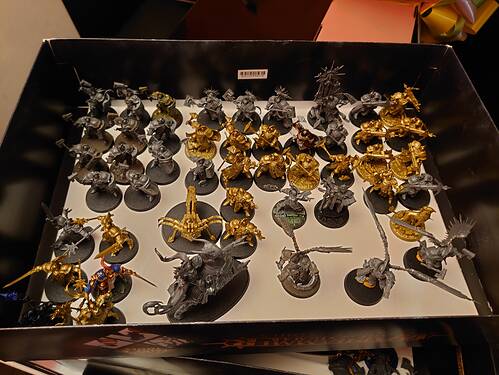 So this is the project, around 1500pts I believe. Going to go really methodical here and step by step across the board so with the exception of the first dude nobody is getting a lick of paint until all the basing and overgrown effect is done… 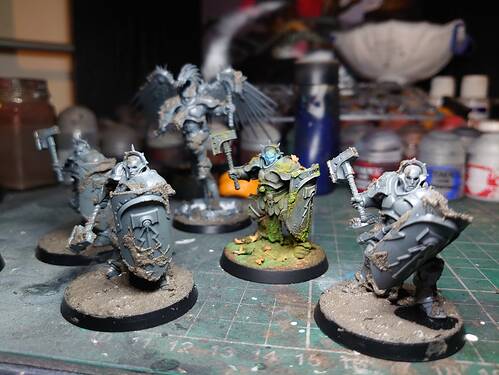 Very nice Stonecast test model, looks fantastic! All the best for your project, it’s a worthy one.

You have created one of the best Stormcast creations ever! I’d love to see more of it!