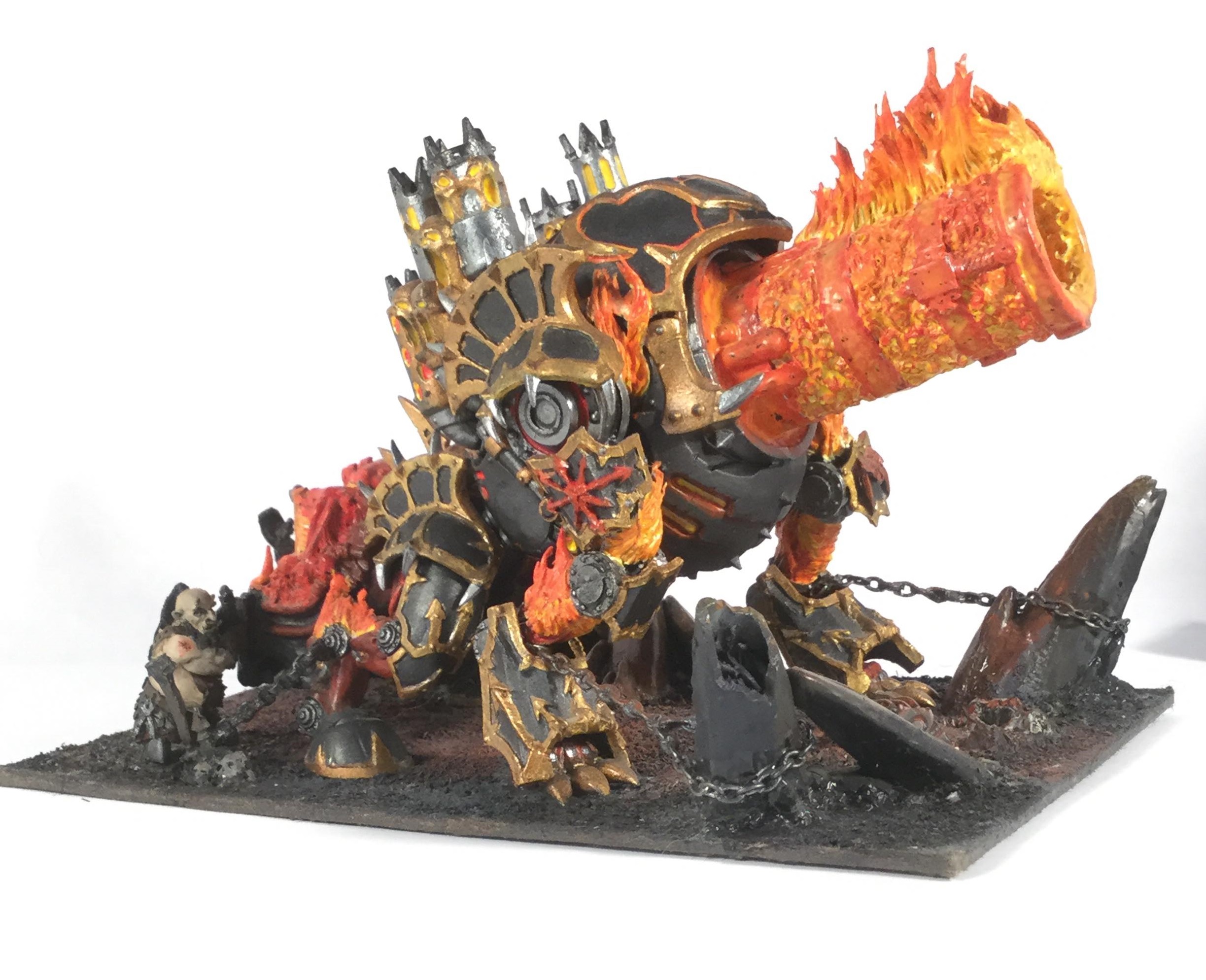 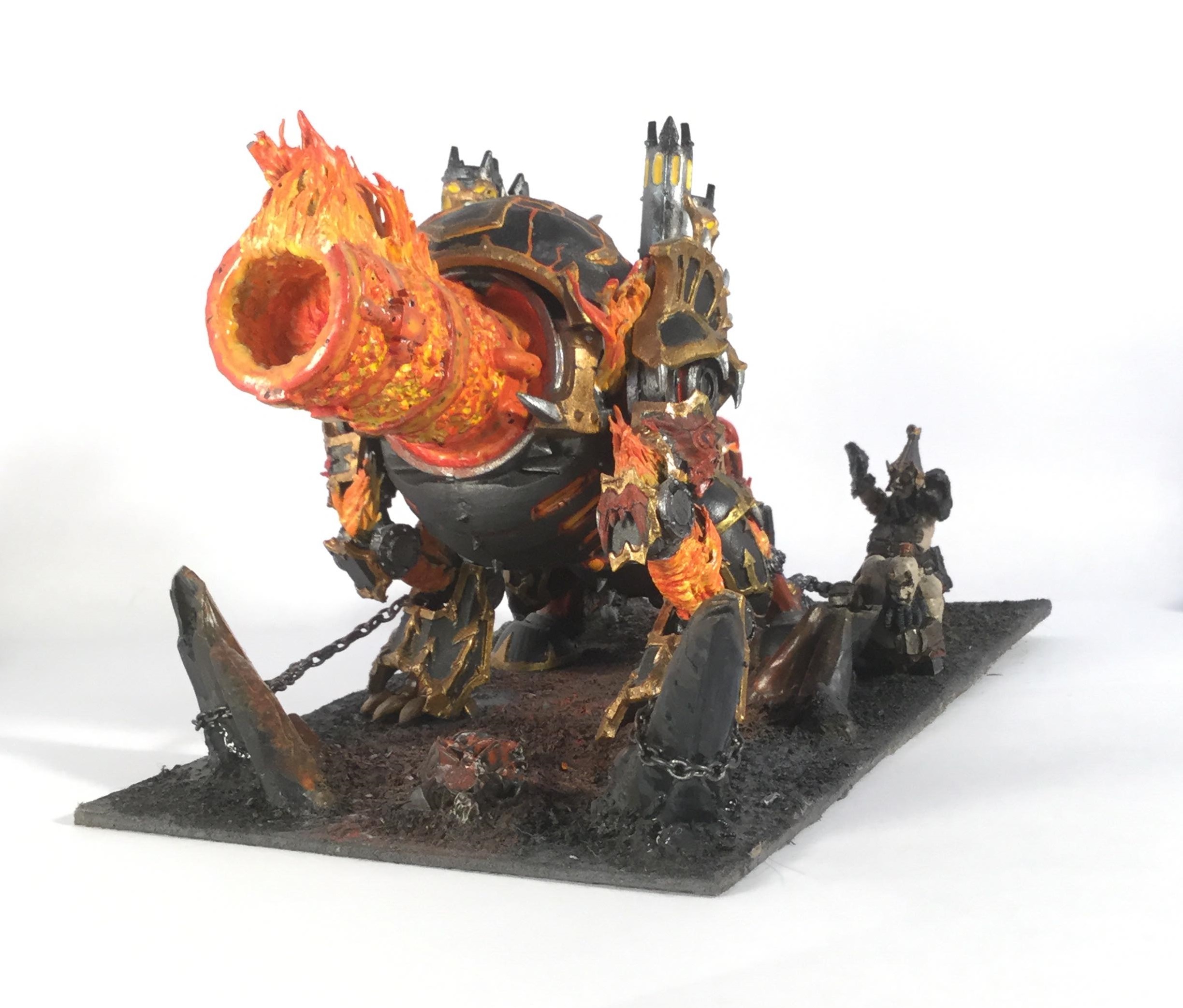 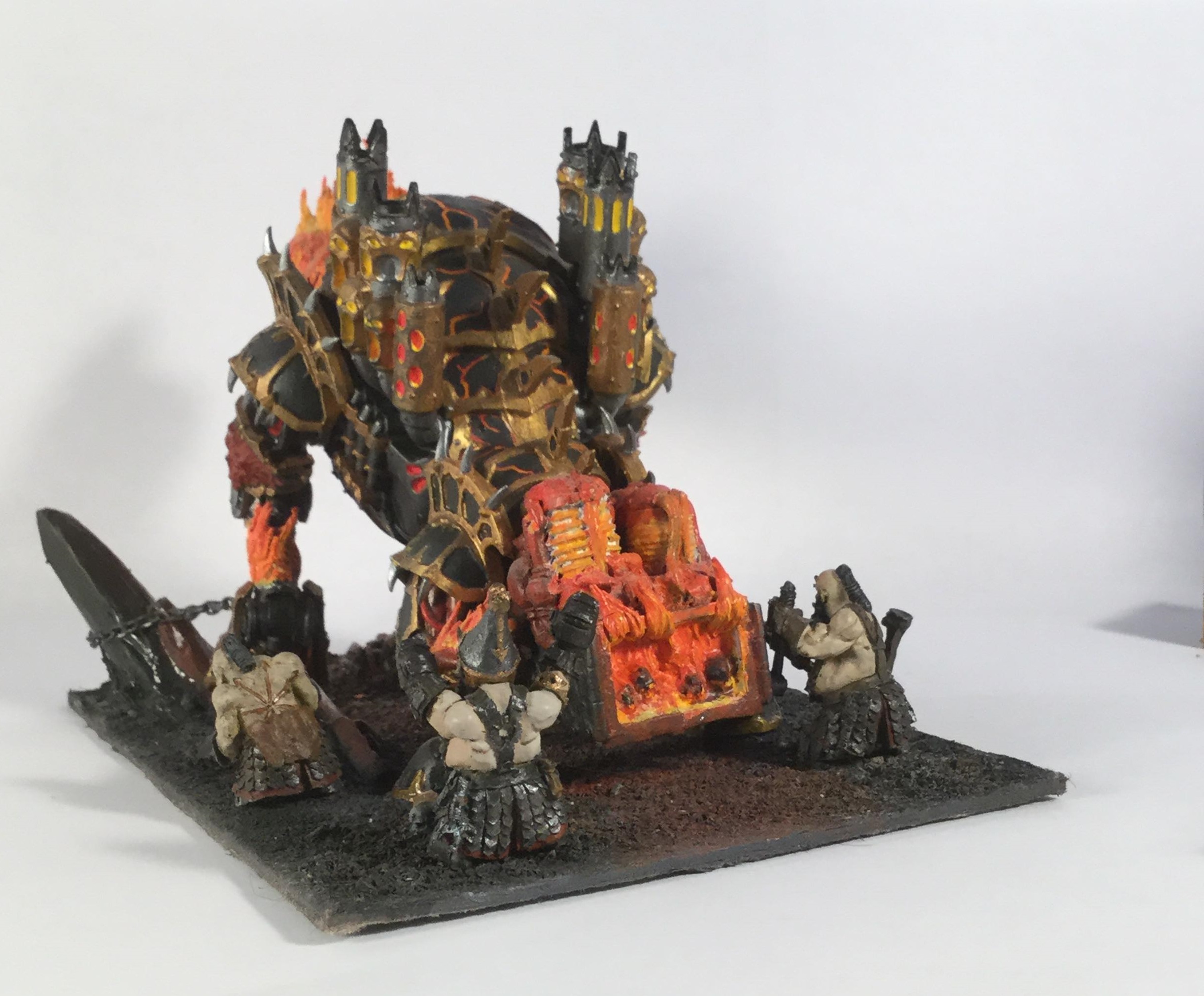 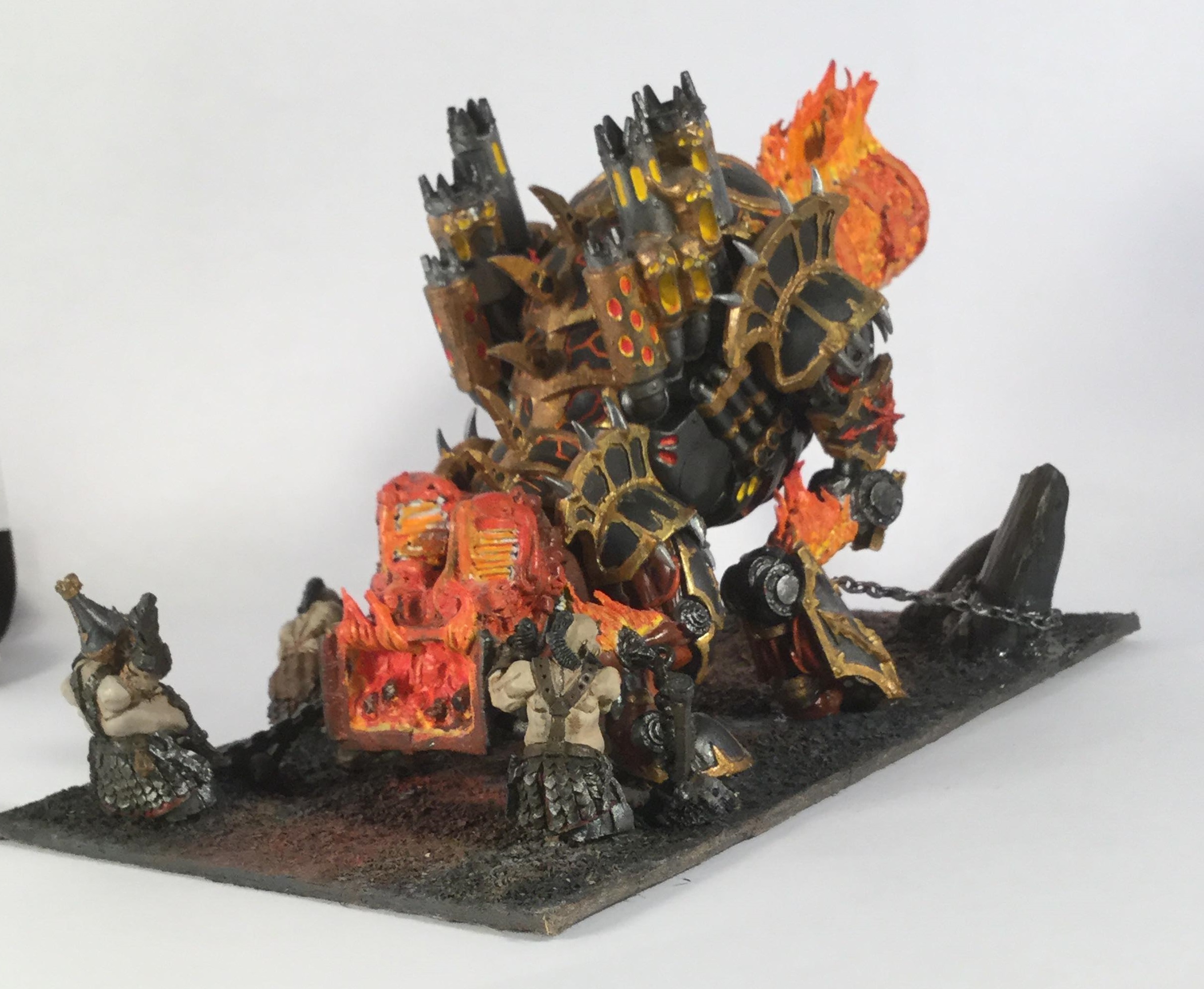 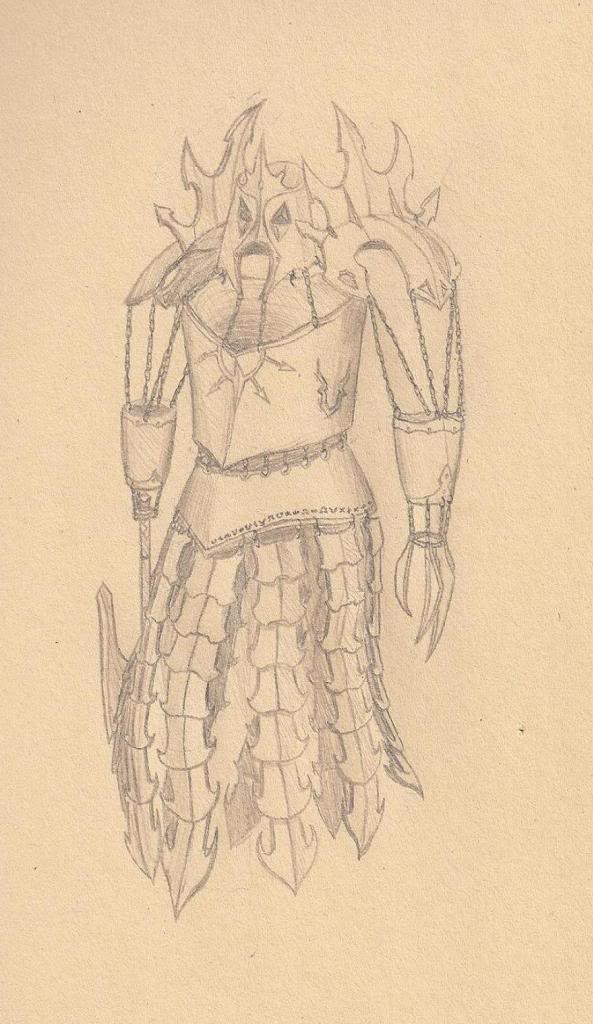 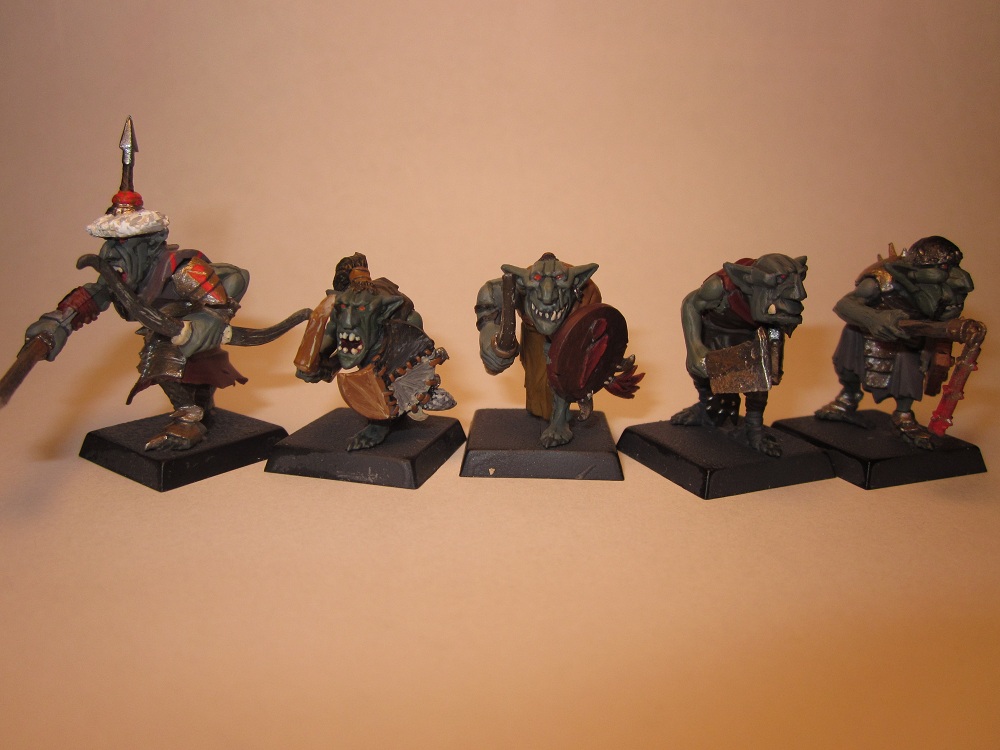 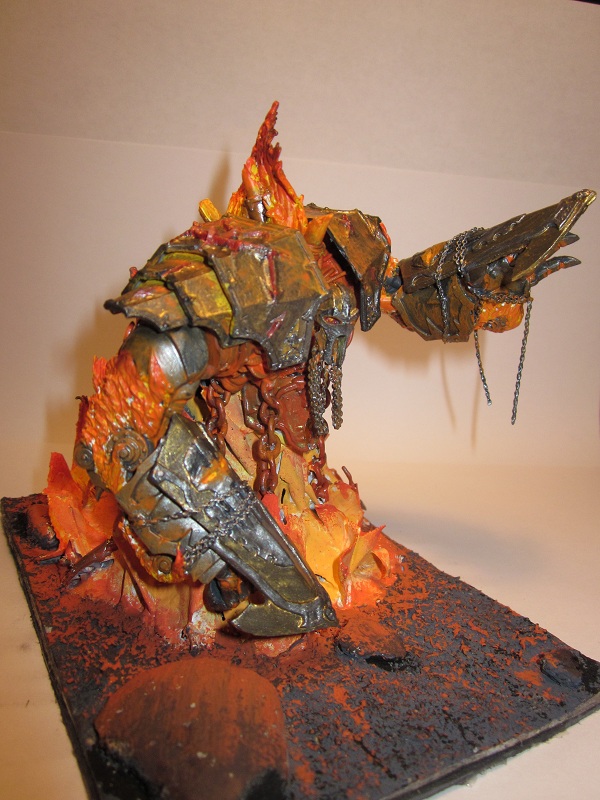 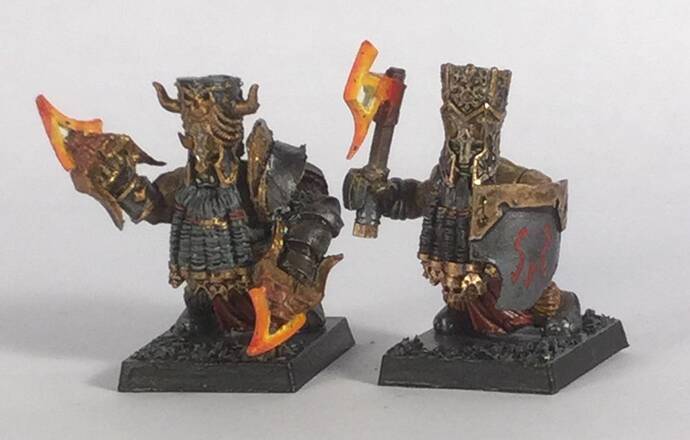 Among the pletora of legends surrounding Karğıs Ört, there is one about a giant horned dwarf wielding a giant ensorcelled axe. Although not as tall as the saying go, it is true that a rather large individual often leads the Infernal Ironsworns into battle. It is the legendary Dark Castellan: Razad the Colossus.
Karğıs Ört has win many battles thanks to the ferocious Ironsworns trained by Razad. They go in battle with massive chaos dwarf shields and steaming daemon infused hand weapons. 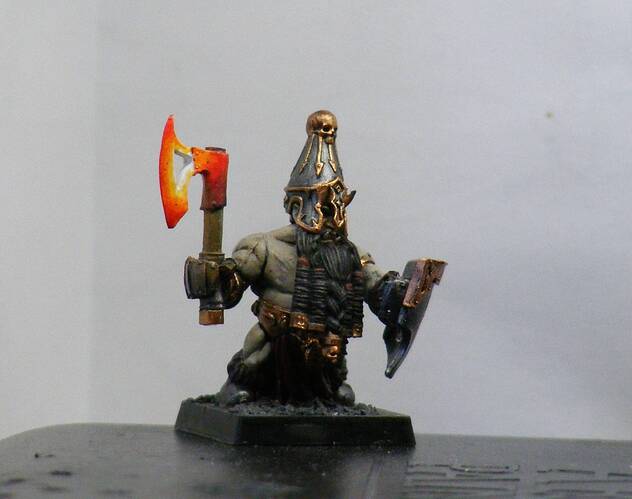 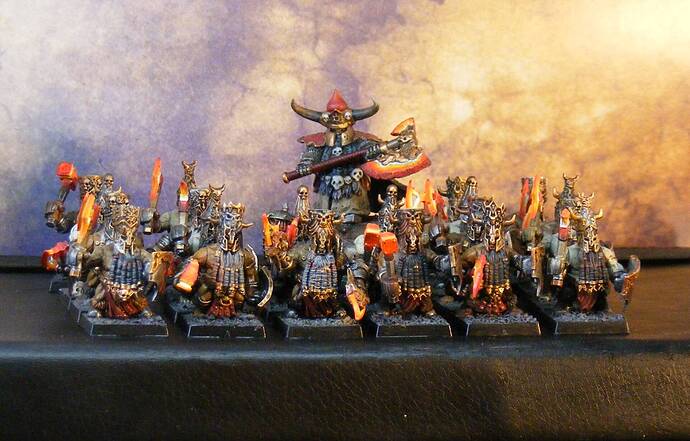 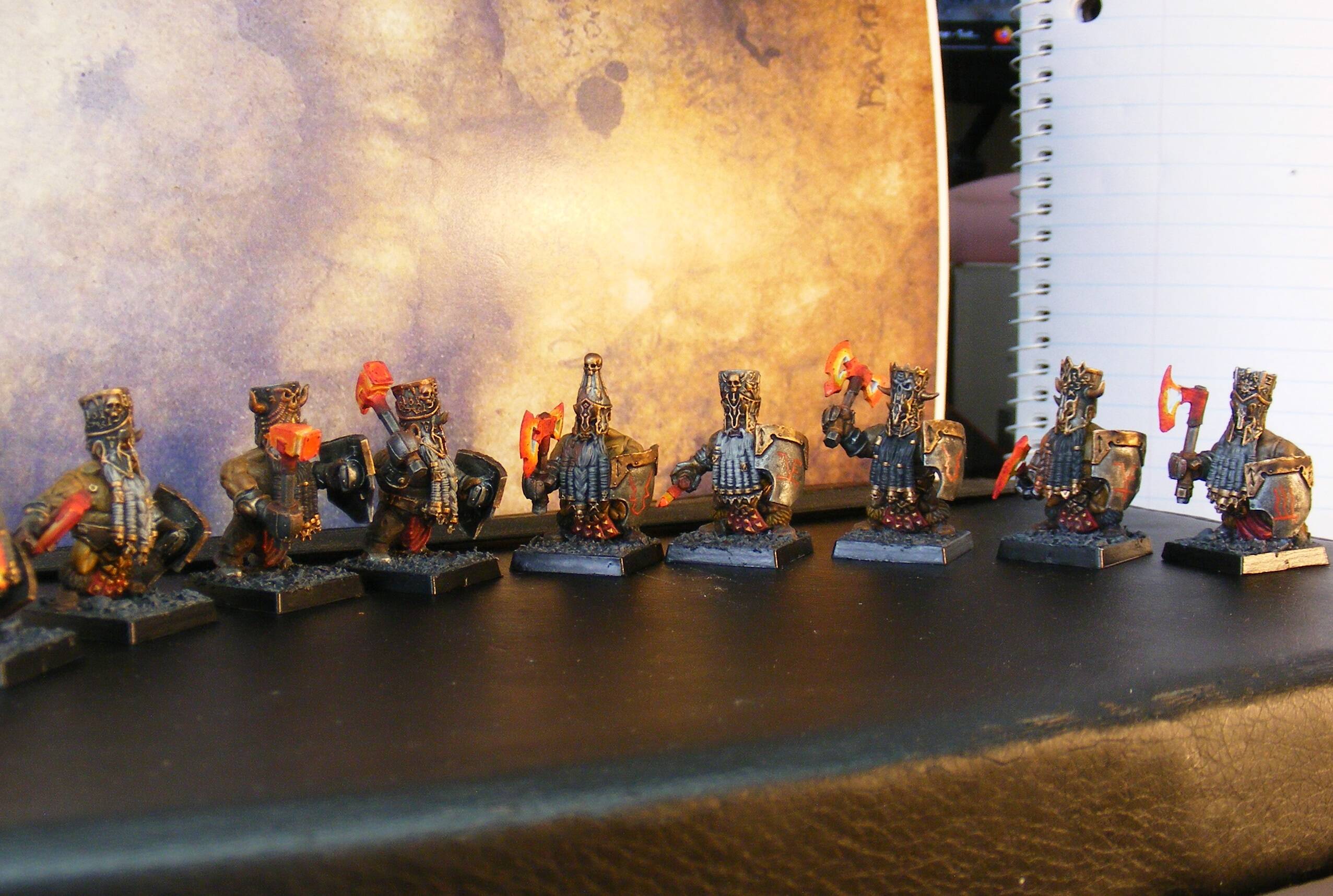 I’m finally done with these guys I started 3 years ago! I also fitted in there the wonderful giant dward @Reaver sent me earlier this year and decided it would be a nice Dark Castellan (thank you again Reaver!)

Next steps will be all about hobgoblins, see you soon hopefully!

Beautiful work on these. The molten blades look stunning. Too hot to handle!

Nice upgrade on the blade! Really ties him in with the unit! Glad he has a great home!

The great plains far to the east are, or so it is said, the hunting grounds of the most vicious kind of hobgoblins. These wolf riding creatures are led by the meanest and cruelest of them all, the Khan. The chaos dwarves of Karğıs Ört have been trading with these for longer than anyone can tell. In exchange for weapons and slaves, the Khans and their fast wolf raiders have participated in numbers of battle for the glory of their dark employers. 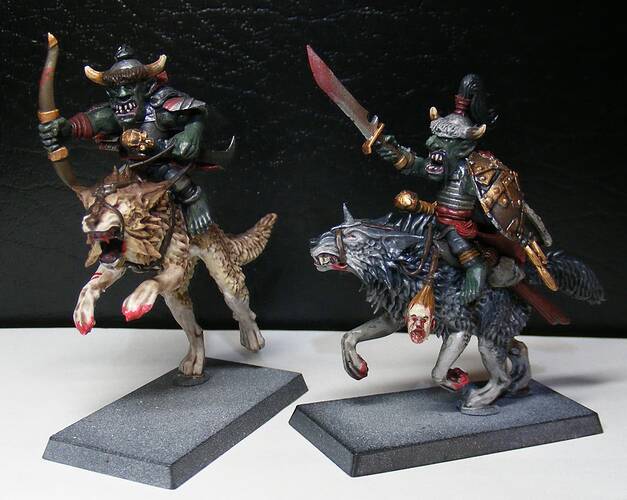 Had the pleasure to give a go at the last Golden Hat. I’m pretty pleased of how my two Khans on wolves turned out (even though I did not have time to finish the bases).
The rest of the raiders are coming up nicely. So are my 30 last hobgobbos. 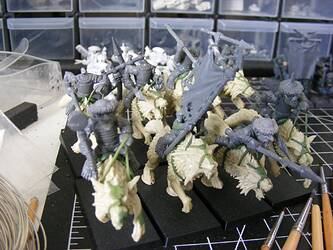 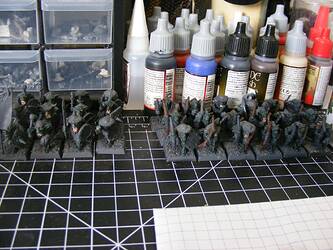 Very nice work on these. The color change in the fur of the wolves came out beautifully. The full unit is going to look great on the table top!