The nature of "boar" centaurs

Taken from Warhammer Wiki, based upon 3rd ed Warhammer lore: 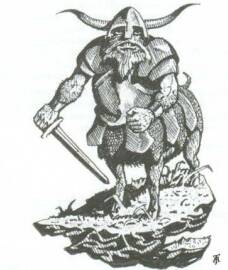 It is of interest to me, that these beings are explicitly mentioned as mutants and slaves. The Bull centaur of the darklands is often referred to as a near holy elite being, whereas the boar centaur of the wastes appears to occuply a much lower caste in society when compared to the chaos dwarf renegades it serves. And the model line supports this. They pushed warmachines. They were beasts of burden.

I think this opens up interesting storytelling and narrative angles for us Helm collectors (Yes i said US! When was the last time I painted a big hat? Ive become a proper helmet lately haha)

I’m now considering why they may still occupy the role of a bull centaur in my army. Well we know why: All systems rules are written with bull centaurs in mind. But why thematically might these lowly mutant slaves occupy this position in my army?

I’m excited and undecided! Anyone got any cool ideas or narrative reasons I could explore? Why are these beings in my army? Why do they fight under my banner? Answers on a postcard.

Intrigued with this, boar centaurs and realm of chaos dwarfs as a whole could do with padding out in background fiction.
I know very little about them other than they look cool!

Perhaps as a joint project a few of us helm collectors could start a “chaos dwarf renegade “ culture project and fill in the gaps?

@chitzkoi you’d probably be of big help here. I know some of your ATWD concepts have come close to this area. And tbh what you write is canon in
My head haha

So I’ve got a story arc about this coming up in ATWD. It’s a fair way down the turnpike I’ll admit but I’ve written quite a lot of it. It’s about what happens when the helms show up in bighat society, basically. So let me explain the logic I’m operating with.

I like @chitzkoi take on this. Helms not necessarily being Hashutic but aligned to other gods/powers etc. As to why boat centaurs… well chaos tribes are not orderless just hierarchies competing chaotically. It is easy to see a helm chieftain/sorceror seeing the usefulness of boar centaurs and embarking on a breeding program. It would only take two… or indeed one and some boars. Presumably boar centaurs like dwarfs live a long time so a high failure rate would not be a problem. This might explain their lowly status. They are not blessed mutants but beasts bred for war.

I like this idea already. It makes sense considering the fact that both our wicked Dawi and the western cousins are technically the same species, but over millennia, there would have to be different ethno-social groups.

I have a thought, tangential, but a tangent is still related to the plane curve.

In some editions, there are stat differences between standard bull centaur and the larger renders, but by 8th there only seem to be renders. Perhaps we could regard the boar centaurs - the cheap labor class - as the standard 1W cavalry, and the bull centaurs as the 3W monstrous cavalry?

I also remember that, in 8th edition, the Infernal Guard have superior stat blocs to the standard Chaos Dwarf crewman. Could we also cast the hats as the S4 Infernal Guard level in terms of point value and stats, with the renegade helms being the standard S3 rank and file?

Hey maybe hobgrots are a subspecies enslaved by helms (degraded by years in the chaos wastes) whereas Fuggits noble hobgoblins are the originals.

Mutation would explain the lack of a fifth toe!

I concur with the stance that generally big hats are the society of the Chaos Dwarfs of the Darklands who worship Hashut while helms are mostly fallen western dwarfs who dedicate themselves to the other gods or even Undivided as a whole. Dawi Zharr refers exclusively to those who follow Hashut, while Chaos Dwarf is an umbrella term referring to both groups.

That’s not to say there won’t be some overlap; there’s probably going to be some Dawi Zharr that forsake Hashut and pledge themselves to the other gods and considering dwarfs as a whole are pragmatic, there probably does exist some sort of priesthood for the other gods within the Dawi Zharr empire, even if it’s a lip service that’s the bare minimum to stave off drawing the ire of the other gods on them.

There’s probably also contact between the Dawi Zharr and some groups of the fallen dwarfs, trading Darklands made weapons and armour for northern slaves, but it’d be rather limited and most groups of fallen would probably be isolated.

A big difference for me is the acceptance of mutations. In hashut worshipping cities obviously mutated dwarfs are cast into lava (other than small horns). In the realms of chaos I imagine it’s just a thing that happens, especially after eating demon meat or corrupted trolls, minotaur etc.

I don’t know how the helm heads live and prosper in the realms of chaos. Maybe vast underground realms?

Would be cool to gather the relevant background together. Sjoerdo did the snakebeard guy that made tenderizers and maybe juggernauts.

I don’t know how the helm heads live and prosper in the realms of chaos. Maybe vast underground realms?

We’ve not been given much official background and quite frankly we never will. New chaos dwarfs in total war and warhammer will be HashutIans. So I say we create this lore. I reckon we should get a group of us to hash out the details , picking up on and expanding on the tiny nuggets of official lore we have, and make a “chaos dwarf renegade culture project”

I imagine the helms would manage to live and prosper in the Wastes pretty much how the human tribesmen are able to manage. In fact they might even have an easier time of it; being dwarfs they’d still have great knowledge of metallurgy and stonecraft so would have an easy time selling their services to the tribes as smiths, masons, etc. They might even be given more leeway than human and Beastmen are if on the losing side of a battle; the humans and Beastmen would likely be executed with a small chance at being taken as slaves or given the opportunity to swear allegiance to the victor whereas the dwarfs, being valued for their skills, would be more likely to be subjugated or given clemency than to be executed (of course their innate stubbornness might win out and they’ll end up executed).

I imagine that they’d never have sufficient numbers to build vast underground holdings so when they’re not wandering as dispossessed or settled in the village of tribesmen they’d dwell in what vanilla dwarfs and DZ would consider minor outposts at best.

Also, I imagine most fallen dwarf communities would perish within a generation (or more accurately when the youngest generation in the group at the time the group fell dies off) as they’d probably have even fewer females than vanilla dwarf and DZ communities. The longest lasting ones would probably be those that are northern holds that fell during one of the Wastes’ periodic expansions. Of course Chaos does tend to grant longevity and the Wastes are all wibbly wobbly timey wimey, so even single generation groups would take some time to die off outside of dying in combat, to disease or famine, etc.

Let’s start compiling some of your ideas guys. What we decide is canon, will basically be canon after all!

I’ve made a thread here with a wiki style top post. I’ll be adding information in slowly from official sources but I think many of your pieces of logic and speculation posted here in the boar centaurs thread would fit in there beautifully. Please feel free to contribute to this little project!