What a time to be alive! Currently we’re seeing two fantastic Kickstarter campaigns for Chaos Dwarfs, Punga Miniatures and Greebo Games. I’m really struggling to decide on one, so I tried to compare them side by side. Maybe it helps some of you as well.

What do you get? 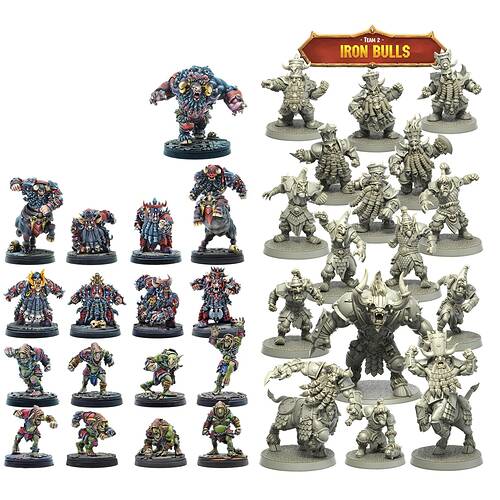 Greebo (on the left)

So both teams give you enough models to play the game with a variety of rosters. One more Hobgoblin is obviously better, but 7 is ample. Let’s have a look at the actual models 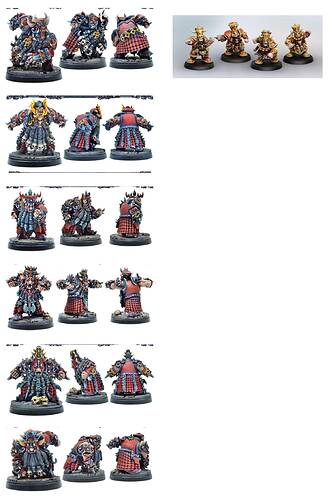 blocker-mods1500×2269 245 KB
I like both. The Punga ones have a more classic look and are a great reimagining of the original GW Chaos Dwarf Blood Bowl team and the general Big Hat aesthetic. The Greebo ones follow more the grim-dark path from LoA and the LKM models. The hats are almost a little over the top for my taste, but the overall look is definitely meaner than the Punga ones. Very hard to pick a favourite here, I’m giving the Greebo ones a narrow edge, also because we have all six of them painted to look at, that’s good.
Oh and regarding the hats: Greebo also offers bare-headed options! 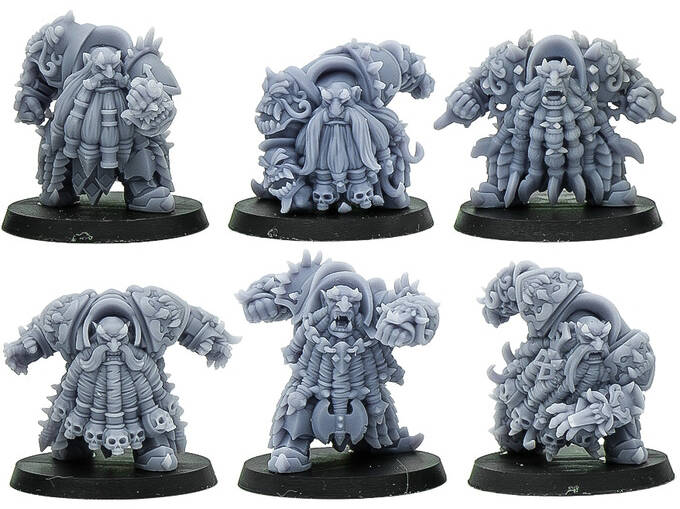 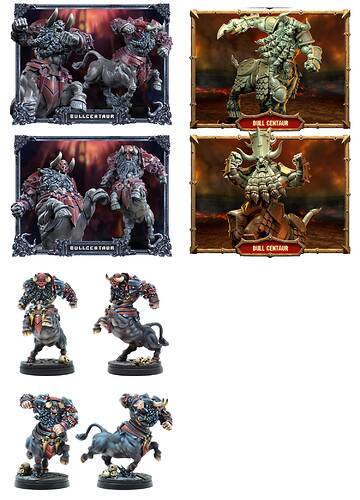 centaurs1500×2081 317 KB
Again, a very similar approach, I like them all. The Punga ones have more armour plates on the side, but I also like what Greebo came up with here. Very tough choice, I’m not feeling comfortable naming a clear winner here. Greebo showing actual, painted models again, good.

hobg-mods1500×3130 256 KB
Here we’re seeing the biggest differences imho. It follows the general design choices, Punga more big hat, Greebo more LoA. And here I clearly prefer the Greebo ones. The Punga models are great sculpts in themselves, I would love a regular Hobgoblin with these! But they don’t really look like Blood Bowl players for me. They just look like Hobgoblins without weapons. The Greebo ones on the other hand are just awesome, the poses alone! And you get one more! Plus painted models. Greebo wins. 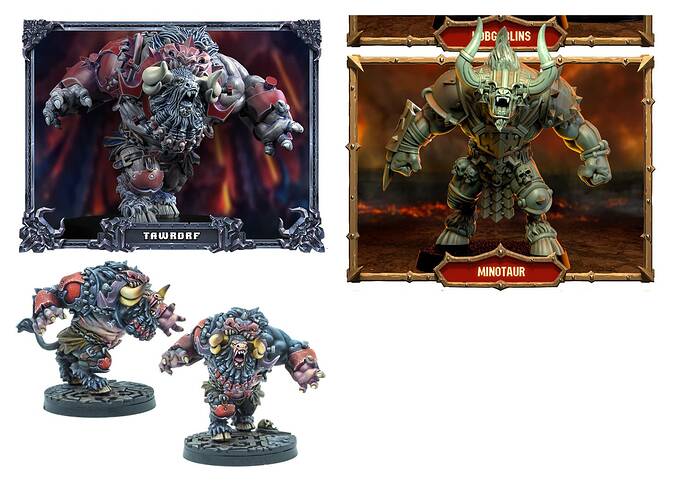 mino1500×1055 163 KB
Tbh I don’t love either. Both are totally fine, but nothing game-changing for me. The Greebo one somehow, I don’t know, looks like a blob, it might be the paint job but meh, I’ve seen better. The Punga one I like as a sculpt, but it has similar issues as the Hobgoblins. Greebo has one painted, but I think I’ll give Punga the narrowest of wins here.

Bonus model
When backing either campaign as an early bird, you’ll be getting an extra model. Both are also available to purchase later. 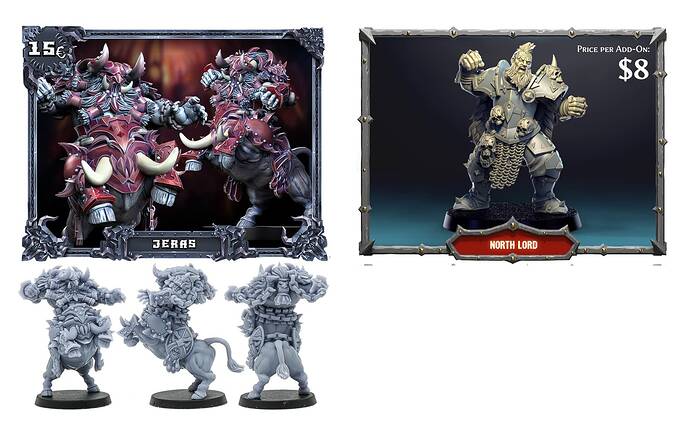 bonus1500×943 145 KB
I mean this is not even close. With Greebo you basically get a model for Hthark the Unstoppable, a Chaos Dwarf star player (and imho the best one), with Punga you get, err, some Kislev guy?

Stretch Goals
Both campaigns offer lots of stretch goals, basically free stuff you get on top

stretch1500×7000 828 KB
All in all quite similar, but Greebo offers stuff Punga just does not. At this point it is important to see that Stretch goals obviously only apply if enough funds are generated, also Punga is still adding some to their campaign and Greebo hasn’t even started. Based on what we already know (and assuming everything gets added) I prefer Greebo, since it just offers more. 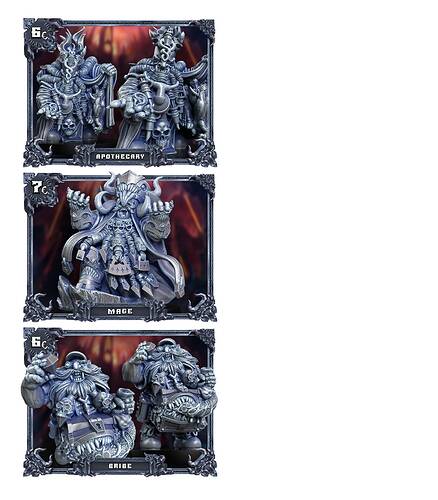 starplayer750×4970 837 KB
OK, so I really like the models/tokens for Apothecary, Mage and Bribe, even if they are not necessary for the game. The Star Players, phew, lots of models, all are nice. Greebo with a small margin.

Bottom line
Wow, sooo much goodness. “Oh no, I can’t decide which of these awesome CD offers I want!” How long has that been? But there are some more things to consider: Greebo promises to ship by Christmas. Punga estimates shipping in August 2022! The Punga team (early bird with the Nord Lord) is $85 + $12 for shipping, the Greebo team (early bird with special Bull Centaur) is €79 + €10 shipping, so basically the same (Punga couple of bucks cheaper but also one less model). Both are on the pricey side, but I think both are worth it. For my personal decision, Greebo has an edge here, mainly because of the Hobgoblins. Awesome stuff.

This is actually a really helpful comparison, thanks! Helped to cement my decision, anyway. I really don’t need 3 Chorf teams. Or at least that’s what I keep repeating like a mantra.

Ahhhh, and I forgot the most important thing - Greebo has a Chaos Dwarf Rock Band as an add-on! Move aside, Goff Rockers.

Both looks great! aesthetically I prefer Pungas, Greebos isn’t bad at all just that they got their own style where Pungas is much more in line with GWs aesthetics.

@Jasko Ah, I thought the Northern Lord to be a count as Lord Borak? Thou I much prefer GWs if it is.

Oh, err, that might be the case, so I’m not completely familiar with all the Star Players, as far as I know Lord Borak cannot be recruited in Chaos Dwarf teams?

I dont have the rulebook available atm, but Im 99% sure he does. BB2020 is much more allowing for Star Players than previous editions.

I see, well that changes things a bit then, good for the Punga team!

That also explains all the other Star Players, many of them from the Dwarf Holds. I have like 99% of my Blood Bowl from the BB2 video game, need to update my BB2020 knowledge.

Hopefully they will get BB3 sorted soon… Smaller changes mainly to passing and Star Players, but I like the BB2020 edition alot!

BB3 unfortunately will not run on my iMac

It probably wouldn’t be powerful enough to run it anyway

But I am just now checking up on the star players in BB2020, wow Chaos Dwarfs can take a lot! I mean I don’t know how I feel about Grombrindal playing for Chaos Dwarfs tbh, but amazing how many options there are now.

I’d say not only is it not frivolous, it’s downright prudent to do so

Awesome list thank you. I love many models of Greebo but i think he’s gone too far with the blockers. Punga still meet more my taste.

but for me, i prefer punga generally, with addition of greebo bull. might get seriously both and mix them

and again, i really wished they made 3d files for those…

I’m starting to Like more the Greebo’s ones, it’s just how they are colored that mislead you. Armor details shouldn’t be of different colors imho.
Check this new scheme I’ve found in FB 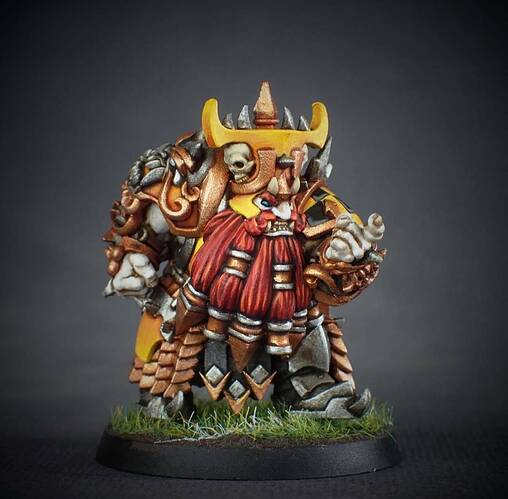 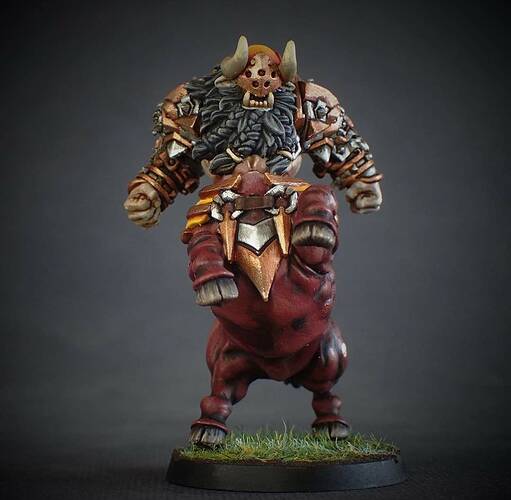 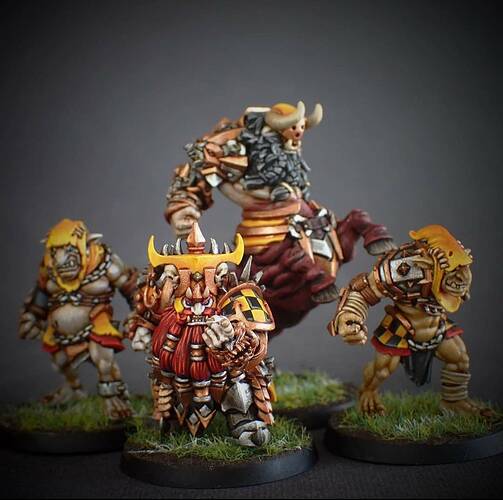 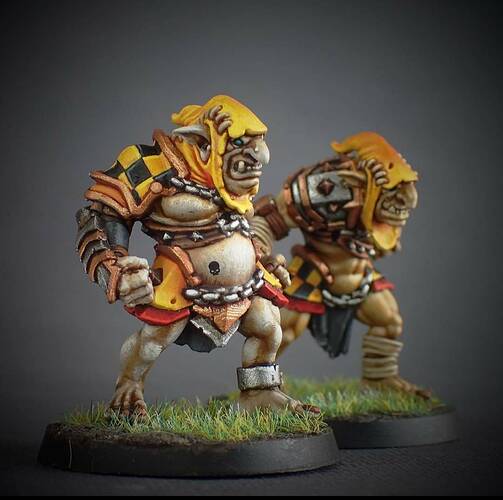 Greebo’s bulls miss some armor on bull body imho, will need to add some

That color scheme is perfect for those models…