Any one have the size comparison between Lost Kingdoms Bultaurus and the Forge World ones? My print isnt as beefy (pun intended) as I had hoped.

So the regular Bul-Thaurs are significantly smaller than the FW Bull Centaur Renders, they are the equivalent of the good-old 90’s Big Hat Bull Centaurs. Then again I have them as classic physical models, if you have the stls, you can just upscale them, right? 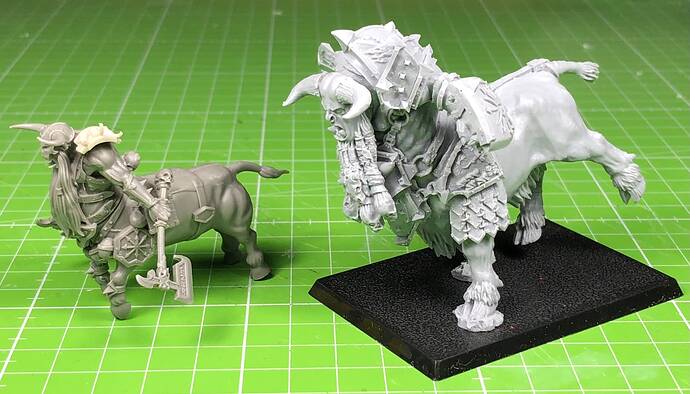 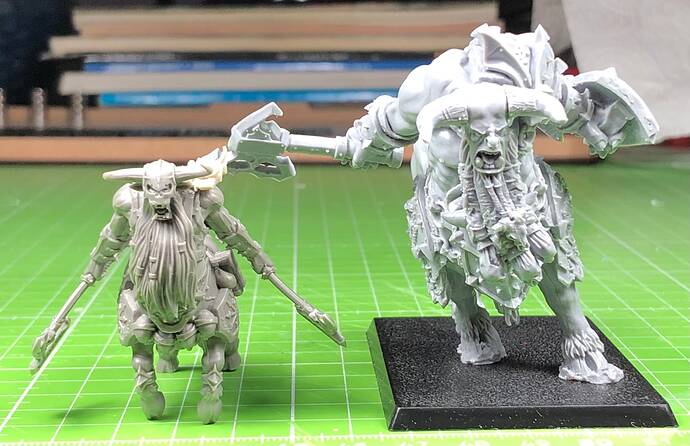 But LKM also released the anointed Bull-Thaurs, these should be the same size as the FW ones right out the gate.

wait… the FW ones are THAT big? holy crap man…

If you’re planning to rank them, play first with the scales in the slicer. Lost Kingdom, and many others, are more like 32mm than 28, I printed their immortals at 88% and had difficulties ranking them without the shields.

Yup, well they are monstrous beasts after all. 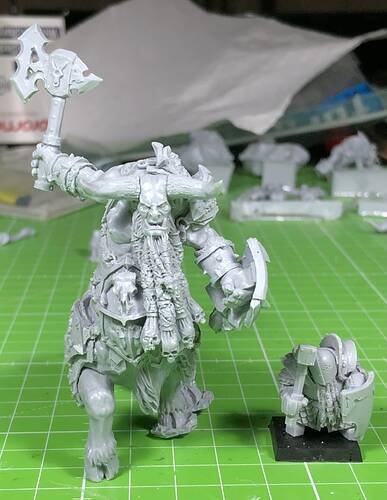 Yup, well they are monstrous bests after all.

That’s honestly what turned me off from them; I quite like the LKM thaurs, though I wish they had a great weapons option.

Actually since we’re comparing sizes here, does anybody have a size comparison for LKM and Russian Alternative? It’s roughly on this topic.

I wish they had a great weapons option.

Well those Anointed Bull Thaurs I mentioned in fact do have great weapons. 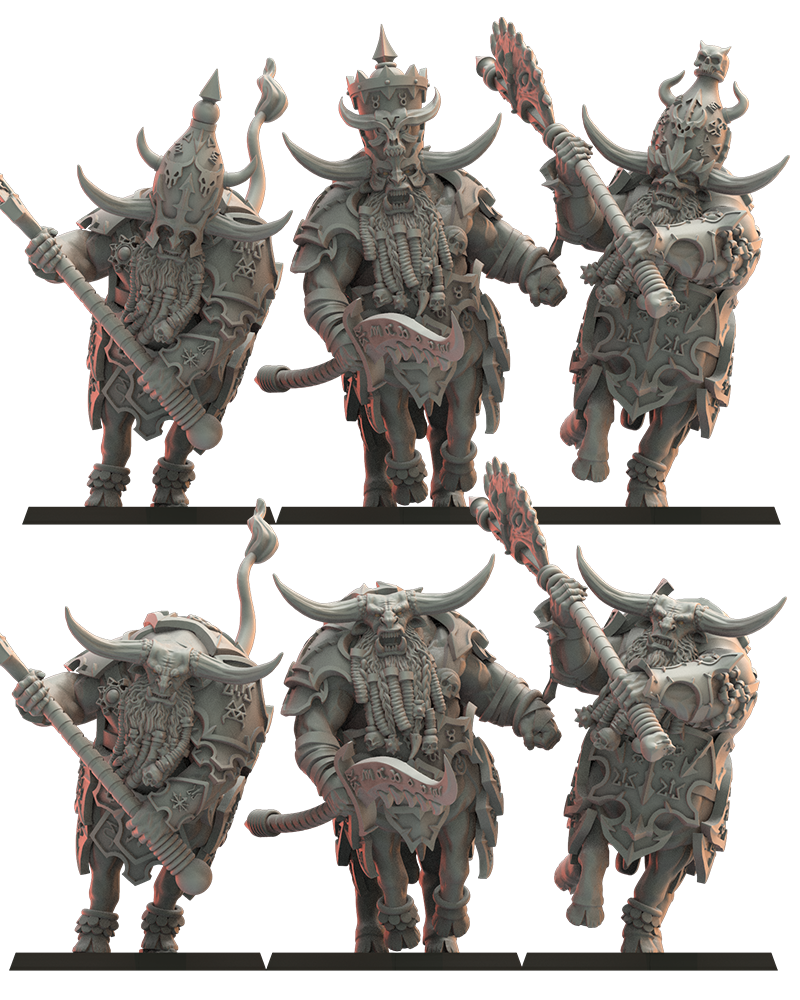 Yeah… but come on… thisnis ridiculous… theyre bigger then a shaggoth…

Here he is against an older and current Troll. I don’t think it’s too bad 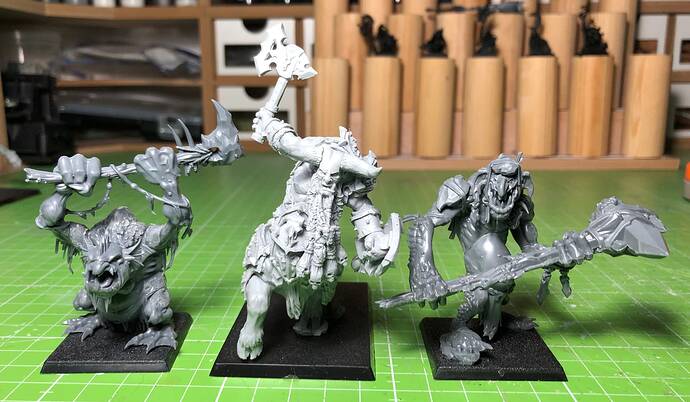 I know i know haha

I hadn’t only RA, with big hat they are 7 cm-ish tall so 3inch more or less

Lost Kingdom, and many others, are more like 32mm than 28, I printed their immortals at 88% and had difficulties ranking them without the shields.

Oh, do you have pics?
88% is almost 28 mm (if downscaled from 32), which is smaller then many modern GW minis (which are close to ~30 mm). So I’m surprised they fit that badly in 88%, was intending to let them print in what would be close to 30 mm by this calculation.

I dont have the FW ones…yet. But Here are the two LK ones. Dont mind the missing horn from the Anointed, it failed. 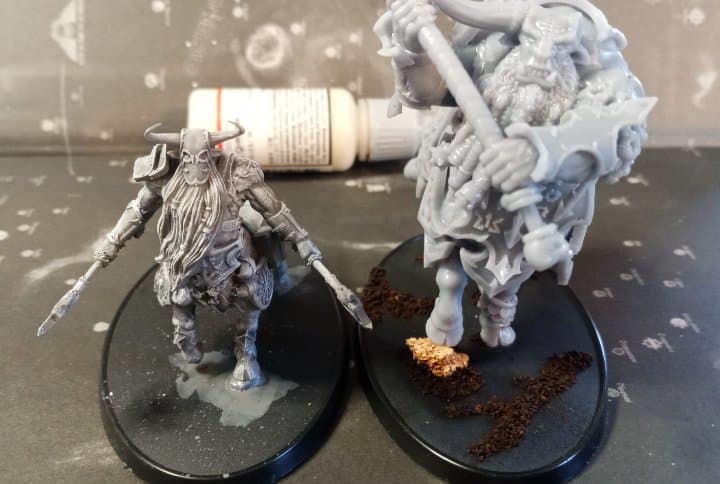 Nice! Looks very similar in size to the FW one!

If I’m not too late and if you’d like, I can make a size comparison of the models.

I have the original 4th edition as well as the FW, the small and the large ones from Lost Kingdom Miniatures.

Excuse me, I haven’t printed the Anointed Bull Thaur from LKM yet.

This pic could be useful.

Concerning model 2, not original size means 87,5 %?
And also, how are LK bull centaurs compared to LK infantry, are their dwarf bodies & heads bulkier (as they are mutants and stuff after all) or same?

I’m asking, also before @steamblood , because according to my “research” printing LK in 30 mm should fit better to Forgeworld CDs, but here it sounds like 28 mm prints would barely fit on the bases. Are FW models just so much more compact that one has to print LK smaller?

Well, the 2nd model is still a resin casting from the Kickstarter from LKM. I don’t put my hand in the fire for it, but I think that they are just as big as the STL files in 100%. I base this statement on the fact that the dwarfs I printed and the resin casts are the same size.

In this picture you can see that the LKM bull centaurs are slightly bigger than the LKM dwarfs. 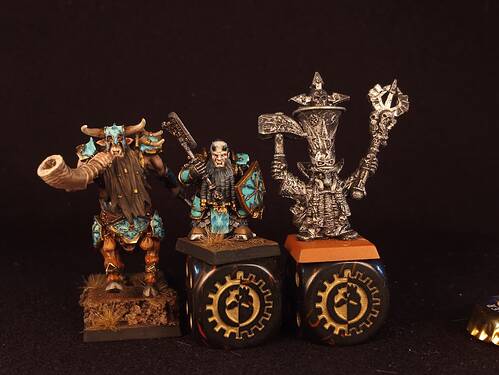 Comparing the 4th edition dwarves with those from LKM, all LKM are significantly taller. 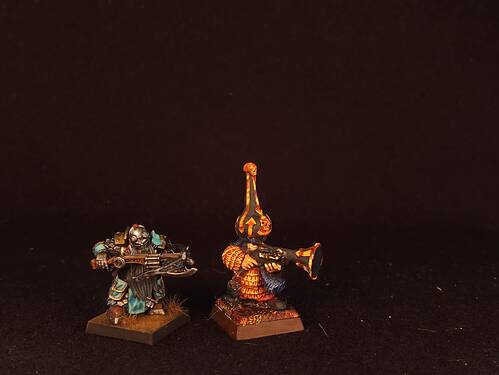 This slightly worse picture, shows a crew from Forgeworld which in general seems to me a bit taller and wider than the LKM dwarfs. 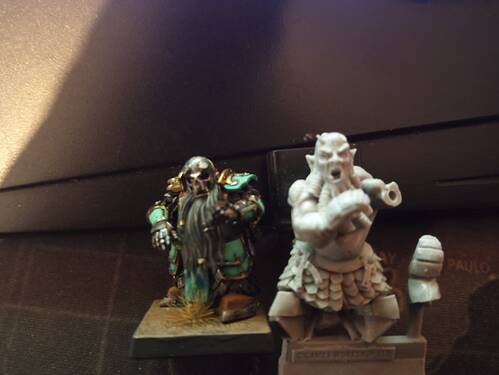 If you need more pictures or one with a ruler, please let me know.

I hope I could help.

Well, the 2nd model is still a resin casting from the Kickstarter from LKM. I don’t put my hand in the fire for it, but I think that they are just as big as the STL files in 100%. I base this statement on the fact that the dwarfs I printed and the resin casts are the same size.

Wait, now I’m even more confused. ^^
In your previous post, you have No. 2 (BC musician) without a comment, and No. 3 (BC hero) as test print in original size that barely fits on its base. I assumed No. 2 was also a print but in reduced size.
I thought LK sells STL files in 32 mm scale, where you have to scale down to put them into regiments of square bases, but that they also had a KS back in 2016 or something or resin casts that were 28 mm from the start (like the Crossbows I got from @Jasko that size-wise fit etsy-bought models supposedly scaled down to 28 mm).
Is this true?
If so, what happened to your bull centaurs?
I would have thought the musician is from the KS and the hero 3D-printed in 100% and thus in different scales, but now you say that you printed some in 100 % and they fit the resin casts from KS.