The gaming room nears completion and the first campaign it will be used for will be season 2 of our mordheim campaign.

I’ve never had this kind of space before so I plan to take full advantage.

I’m going to be making a set of 6 tiles that can be arranged to make various 4x4 and 6x4 Mordheim set ups. Two of the tiles will incorporate my warhammer mighty fortress kit, which I’ve needed an excuse to use for something properly for some time, so that games can be played at the edge of the city.

My idea is to have the 6 realm of battle tiles and the 6 home made tiles and be able to make a battlefield, a multi level skirmish board and a siege board using them.

Another aim of this mordheim board is to try to keep it as setting agnostic as possible. I will avoid having anything overtly fantasy themed stuck to those 4 tiles. ( the castle ones can have a bit more of that). That way by changing the scenery upon it, I can make a 40k city board or a necromunda board as well. When it comes to my next nexromunda campaign I could maybe add a couple of tiles with some tech stuff that match these tiles to help sell this. So I’m trying to go for an aesthetic that could be carved rock or concrete depending on the setting.

Again trying to maximise the use of these boards.

Here are the first 6 tiles with designs sketched out:

Now I’ve done a paint test piece using the foam I’m planning on using the board. My dad printed me some brickwork and tile stampers to add a texture to these things.

I protected the foam from spray paint using PVA but unfortunately didn’t protect it well enough. So parts melted. It’s only a paint test so I decided to roll with it and make some infected nurgly looking puddles in the melted places.

Great stuff. The enterprise you have amazes me. But even more crazy- we have the same carpet hahaha 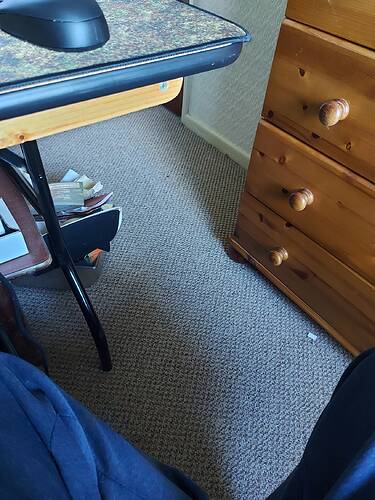 And dont spray foam, even it sealed with PVA etc it doesn’t work 100% IMO. Always better to take the extra time and brush it on considering you’ve probable spent 5 times as long converting and cutting the foam.

Nice start. The melted bits don’t even need to be Nurglish bits to be honest; they could easily just be damaged part of the road which the local council haven’t bothered/gotten around to fixing and thus degraded over time. More so considering there isn’t anyone to fix things after the comet fell anyway.

Also, you don’t even really need to add anything to use it for 40k, remember within the Imperium there are feudal worlds which are worlds on the tech level of the Empire so it’s serviceable either way. ;). So long as there’s nothing Elven around it should work; dwarf stuff is just a local population of squats, Skaven stuff is from underground mutants, etc.

First test build for the ruins that will be attached to the board. The boards will have 50% ruins attached and 50% space for adding extras. My hope is that something simple and robust looking like this will be medieval if I stick the right scatter around and Tudor ruins nearby but will be the underhive if I stick big rusty machinery nearby

Have you run WarCry? We have been playing a lot of Mordheim over the years and are very nostalgic about it. But must say that we have been blown away by WarCry, and it would be no problem at all to set WarCry in Mordeim or a similar place in AoS.

I own the book but I confess I haven’t even read it! I’ve heard good things though @tjub

Second test piece. No melting this time! (Brushed on primer mixed with filler and glue.which also have the bricks a nice texture too)

as we said today on discord, looking really nice, especially after the pillars were added!
but, because i have no clue, did GW started to do mordheim stuff once again?
Because i saw it getting his popularity back in the last… year and half?

They haven’t, but their new board game has distinct Mordheim vibes to its aesthetic.

Jupp, Cursed City got a similar tone to it… Have you seen these two as well? From the AoS: Broken Realms Teclis book.
https://www.warhammer-community.com/2021/04/05/this-dad-and-daughter-duo-just-love-hunting-witches-together/ 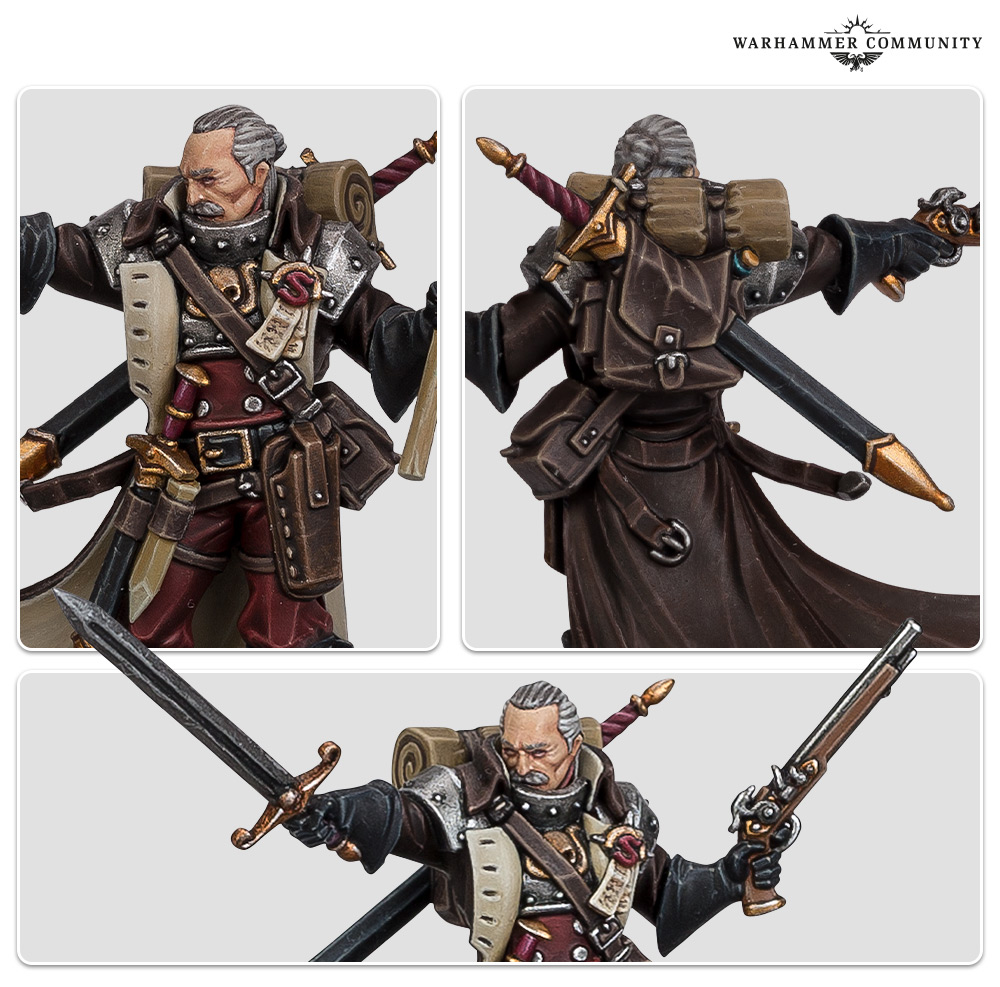 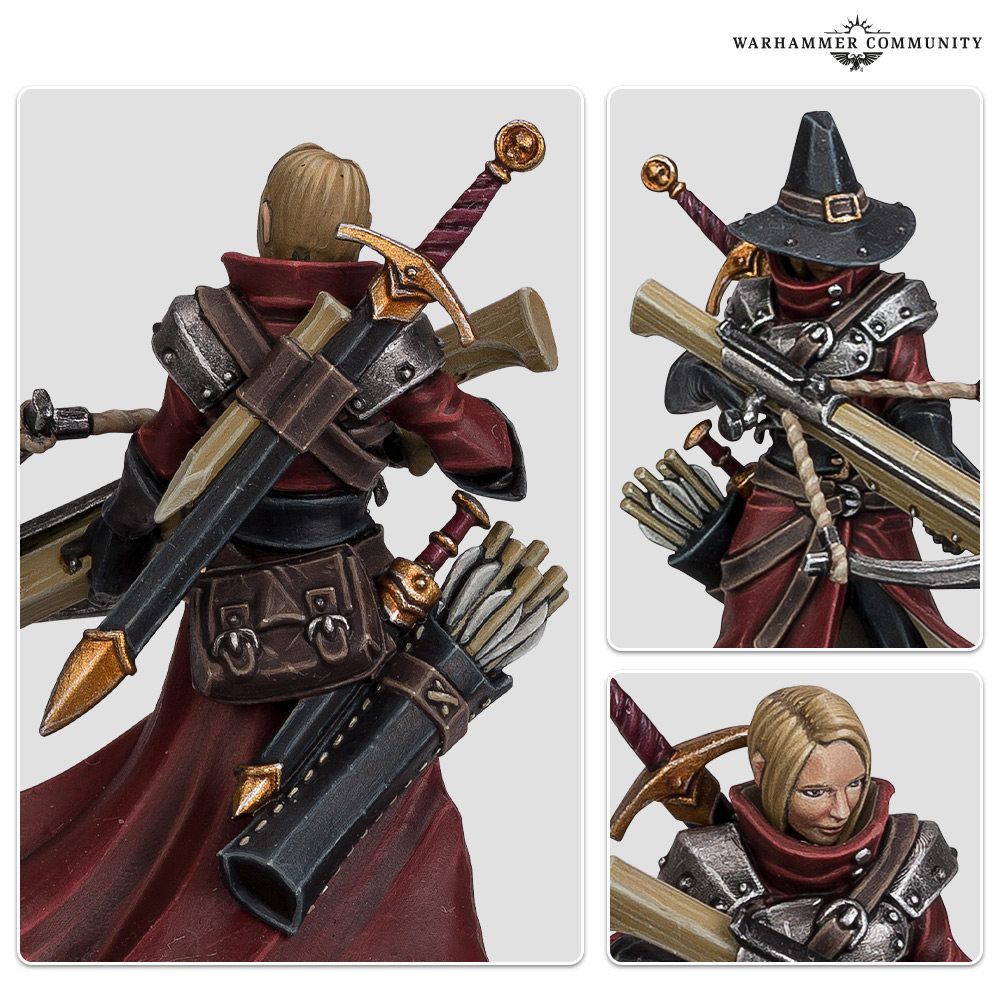 Yeah no official Mordheim release but GW has definitely revisited the mordheim aesthetic lately. My group was doing a mordheim campaign when corona broke out so it kinda fizzled out. So we are going all in on a season two now

@Oxymandias a fast way to give a nice stone texture on foam is to take a ball of tin foil (or aliminium foil depending on what you call it) and roll over it. Looks really nice!

Added a bit of chaos!

Trying out posters now to create a bit of variety

remember to age them, that place is crumbling, noone civilized probably has been there in months/years.
some black crap will start to leak/ooze from the walls staining the parchment, or whatever that material would be!
nowdays i’m all into leaking stuff and rusty effects with corrosion around, works for fantasy too!

if i can give you another suggestion, try to pile up some dust/earth/dirt close to the walls edges and that pillar, there is where stuff will collect automatically due to weather and wind.

I like a lot where this project is going!

Looks absolutely fabulous! What a great gaming board. Coming along nicely.

Regarding the Mordheim/WarCRy conversation, I just came across this…

The posters looks great! When Ive done posters for WWII related stuff before I soaked them in a mix of 1/4 PVA 3/4 water. Then stay more flat to the surface, could be nice to add some weathering as well using GW Shades or similar?