Reaver's Battle Against the Grey [BATG 2021]

Exquisite all around! As always.

It is always a pleasure to see your updates, such dark models that, obviously, your style is well adept for!

It is always a pleasure to see your updates, such dark models that, obviously, your style is well adept for!

Thanks All! Really wanted this last trio to be dark. As you walk into their boss arena the three emerge from the mist. It’s a very dark dingy place aside from the fire spells they use which brighten it up.

Beast patients all painted up quickly while I was at camp this past weekend. Trying to keep it simple with the 4x mob enemies. 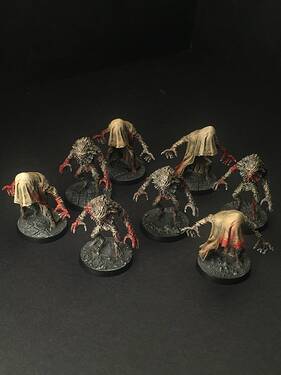 Octopass (thanks Admiral) the Nautical Ass. Asskraken? My typical scheme and basing, although I did experiment with some weathering powders which I think helped in a small way. [image] [image] [image] [image] Not much can be accomplished in Chaos Dwarf society without malevolent pointing - @chitzkoi (paraphrased). A throwback here to my own confused cart that accidentally could be an asscannon concept art for ATWD [image] [image] [image] Witness the leaky lube puddle on the platform. S…

Gehrman joins the hunt… an iconic boss fight taking place in a field of flowers, doubtlessly spattered with blood by the end of it. 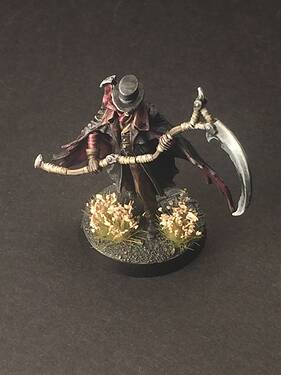 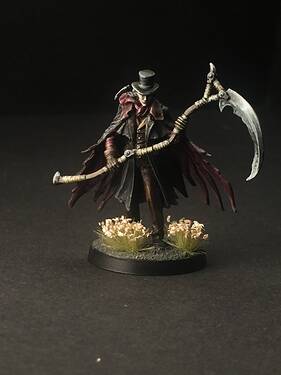 And also some rather large rats 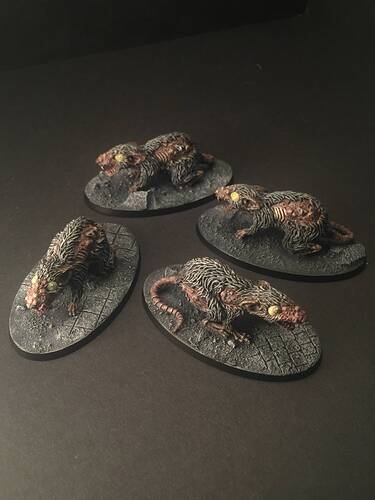 These 2 executioners bring me to the end of the mini-bosses! 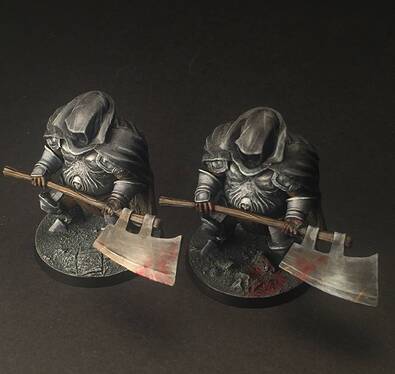 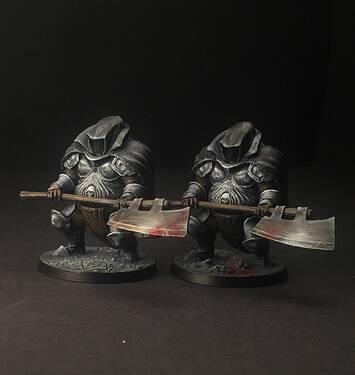 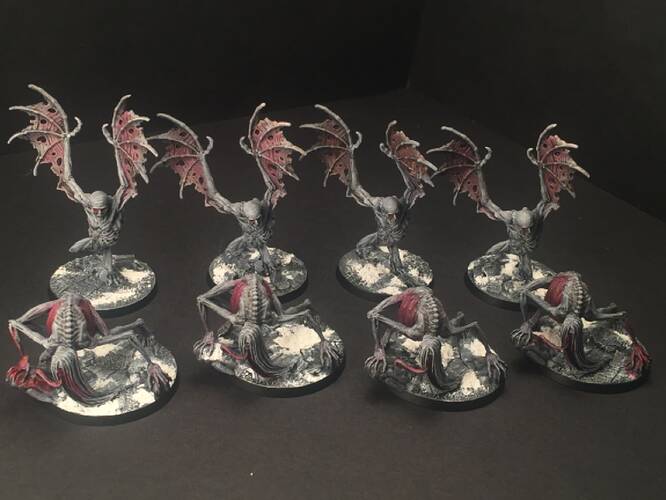 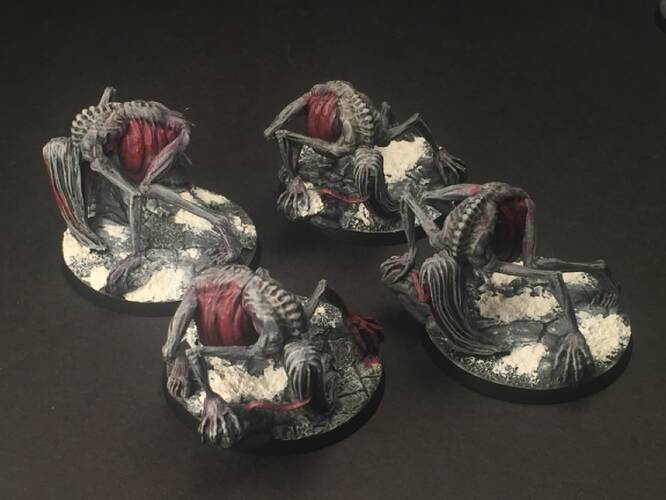 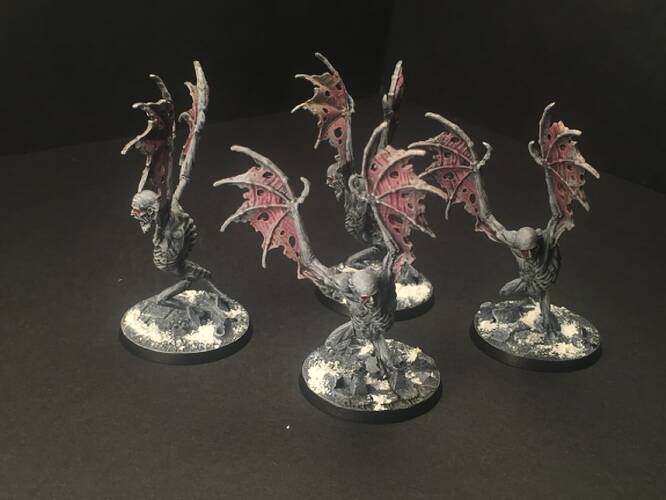 Well excited for these two minis to show up as enemies in a game as they’re inspired by but not direct participants in the video game. 5 minis remaining in the Cainhurst Castle box. 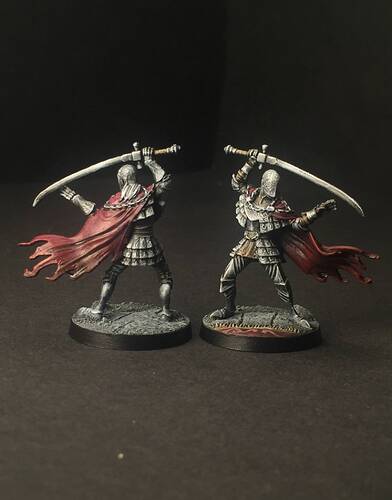 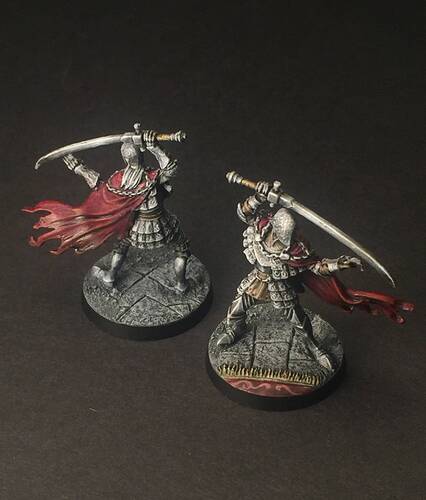 Speed paint compared to my slow average pace but I like the way they turned out. Somewhat bland mobs but hey, even gramps in PJs can whap you with his cane. 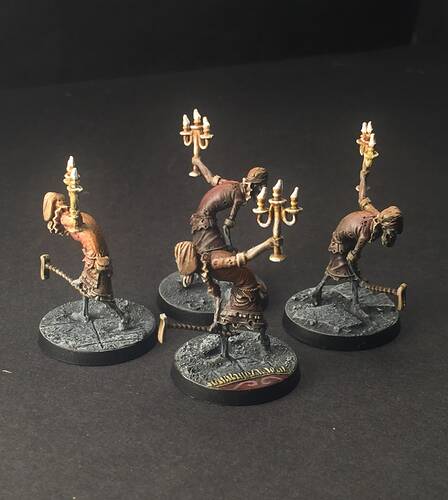 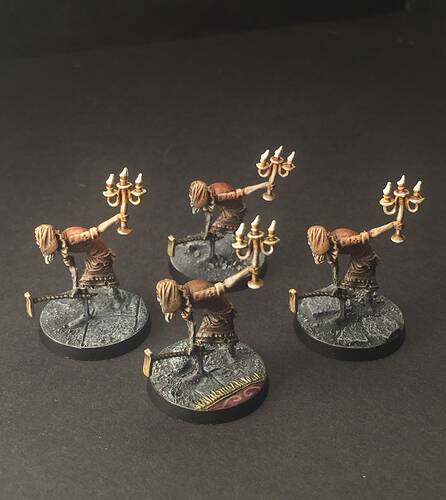 Looks great reaver. The edge of the carpet on that base is particularly impressive

thanks! you’ve spotted it. I’ve allowed myself sculpting one small fun added base detail per 4 mobs. A second has just the sculpted cobble and the remaining two are quick baking soda/sand/rocks.

Martyr Logarius marks the completion of my first full box of Bloodborne minis, allowing me to fully play the Cainhurst Castle campaign with painted minis.

Logarius is an epic fight on a snowy castle roof where he has made his single purpose to prevent the return of the Vileblood faction, sworn enemy of Logarius’ executioners. 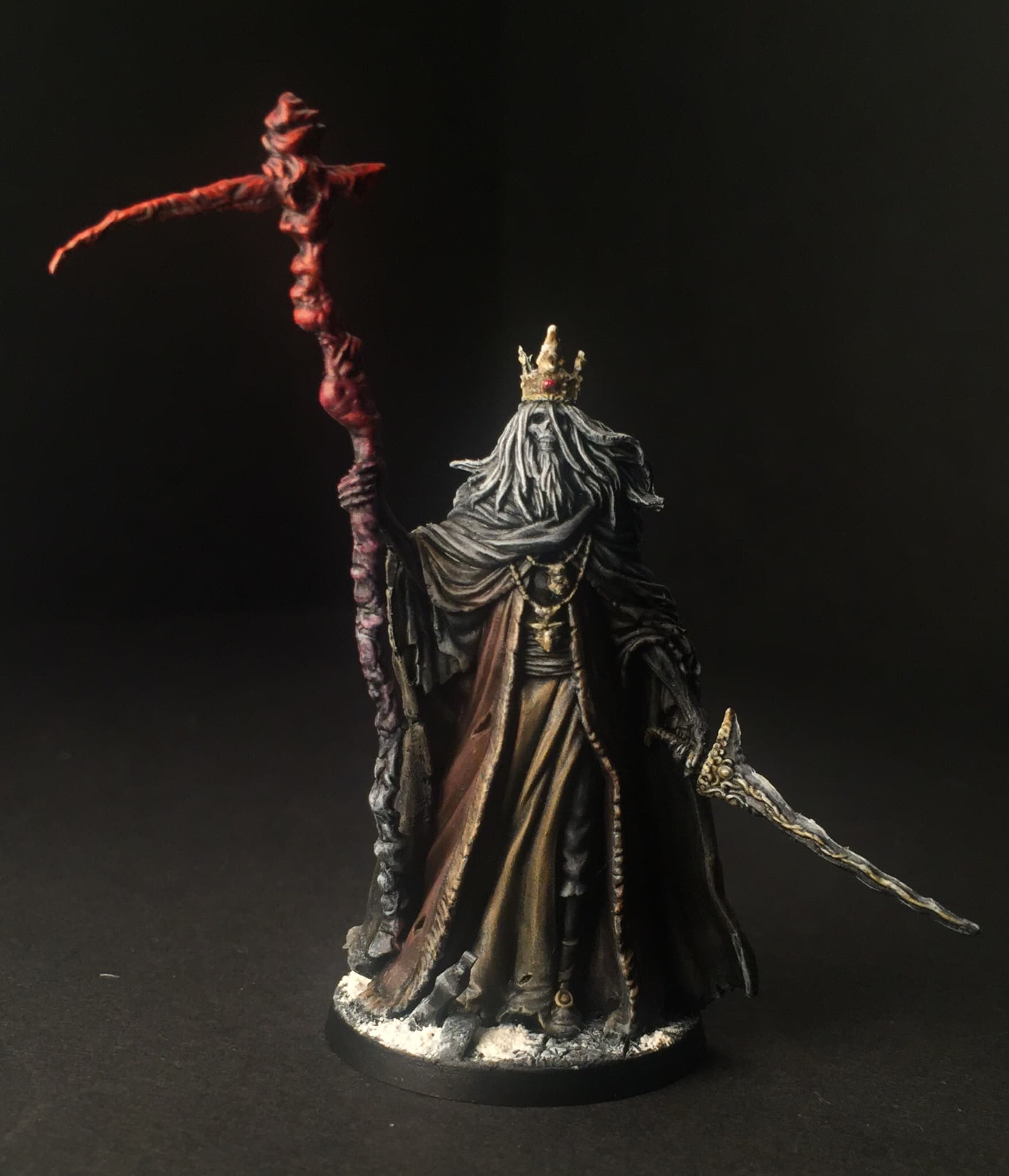 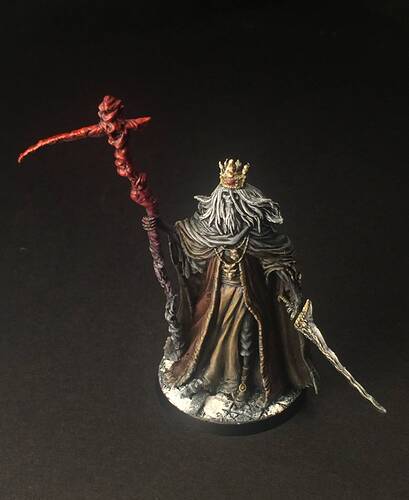 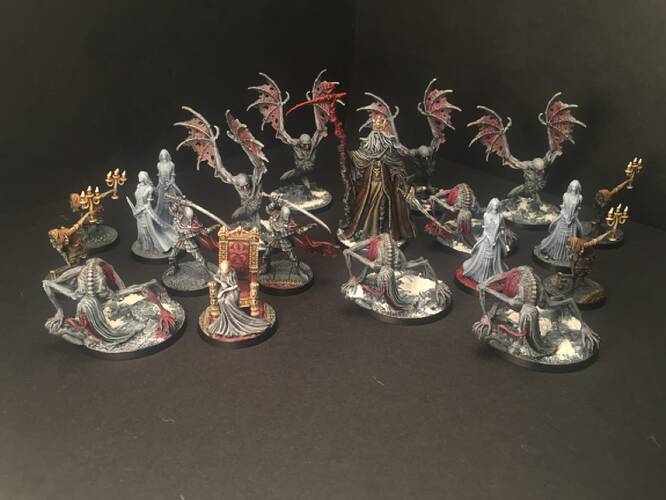 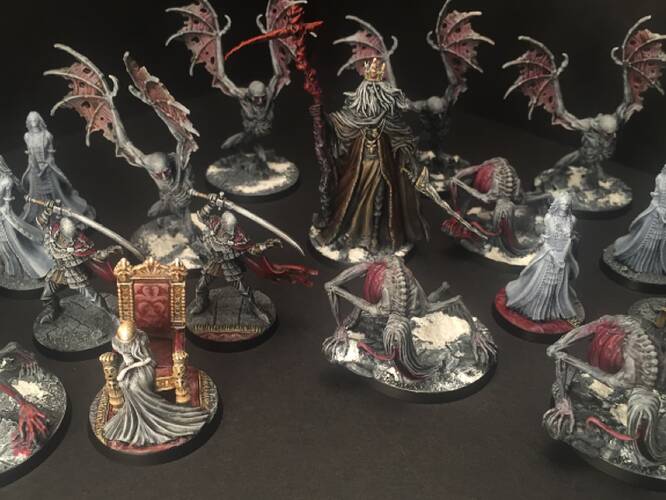 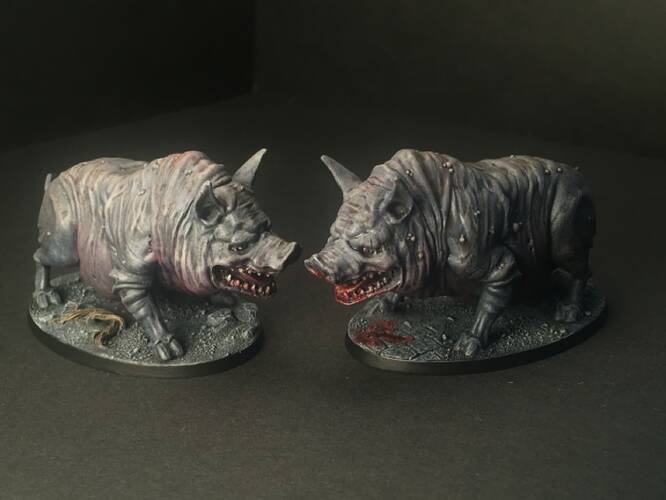 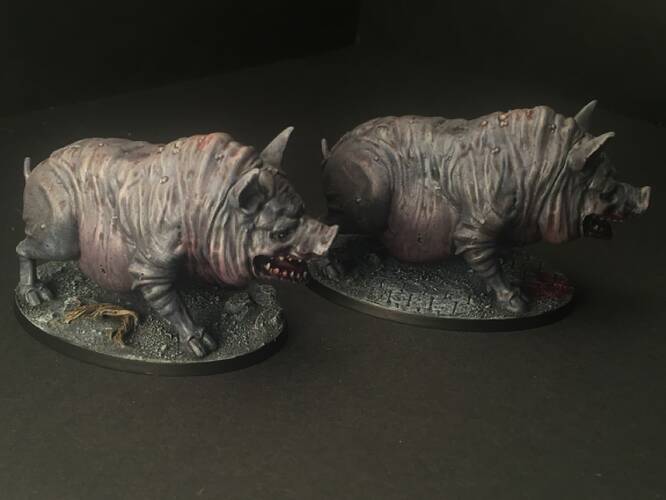 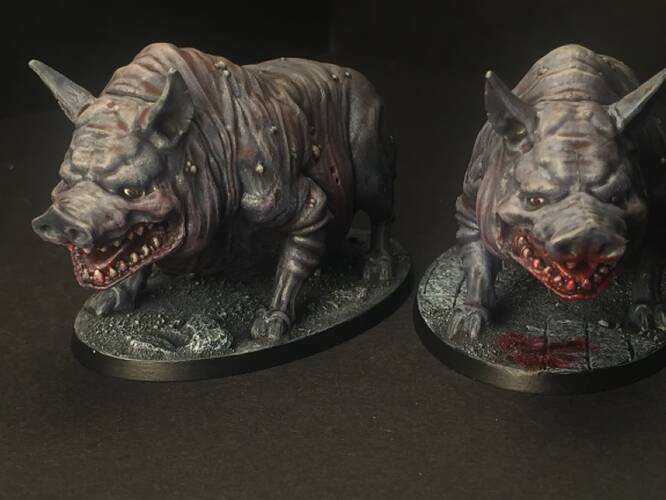 Those eyes are terrifying!