Just like all the other rounds, we had a neat turn-out of entries, with submissions spanning from career summaries to events on the pitch. It was great to see such written upon dry Orc-skin parchment!

No doubt the texts were all written in spilt blood with trembling hands, or carved into the skulls of foes.

And now, ladies and gentlemen, the winners! 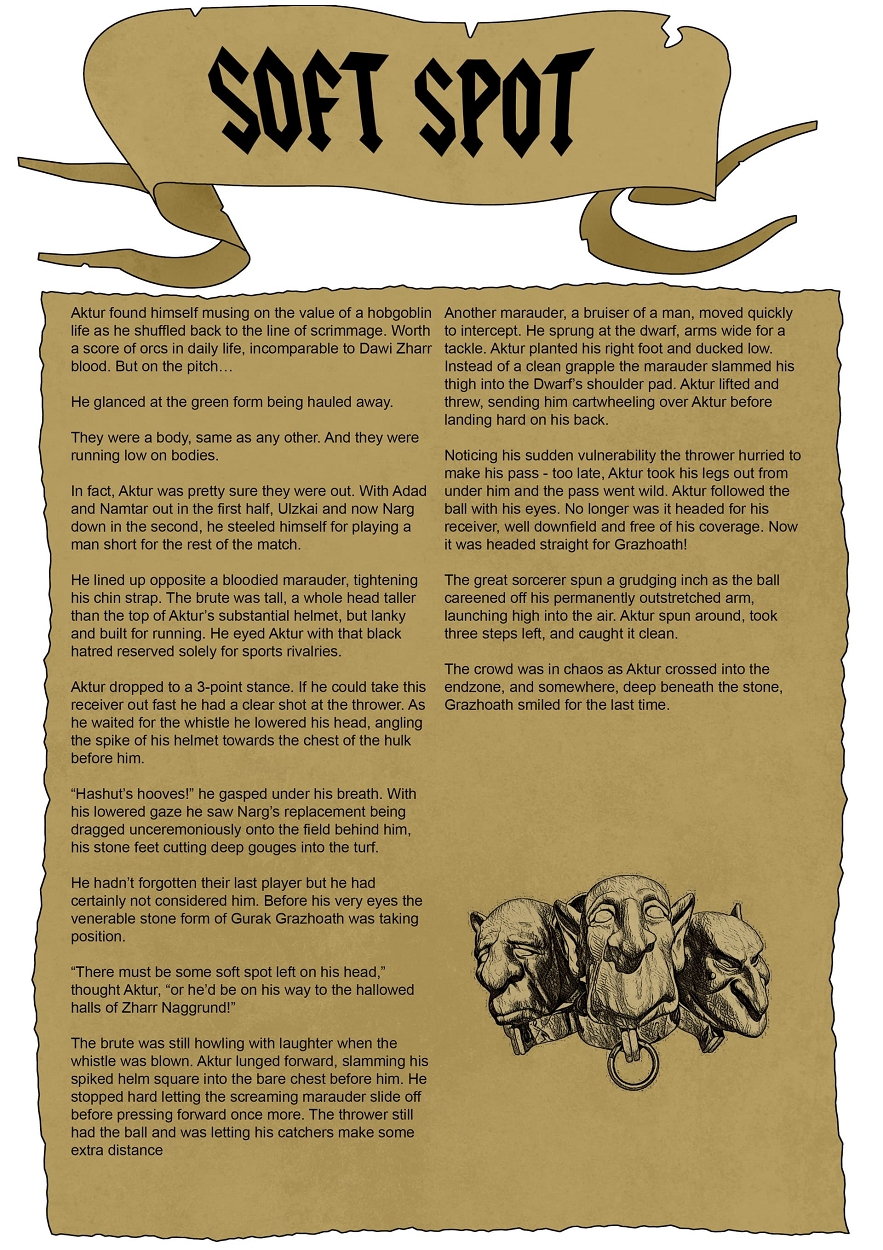 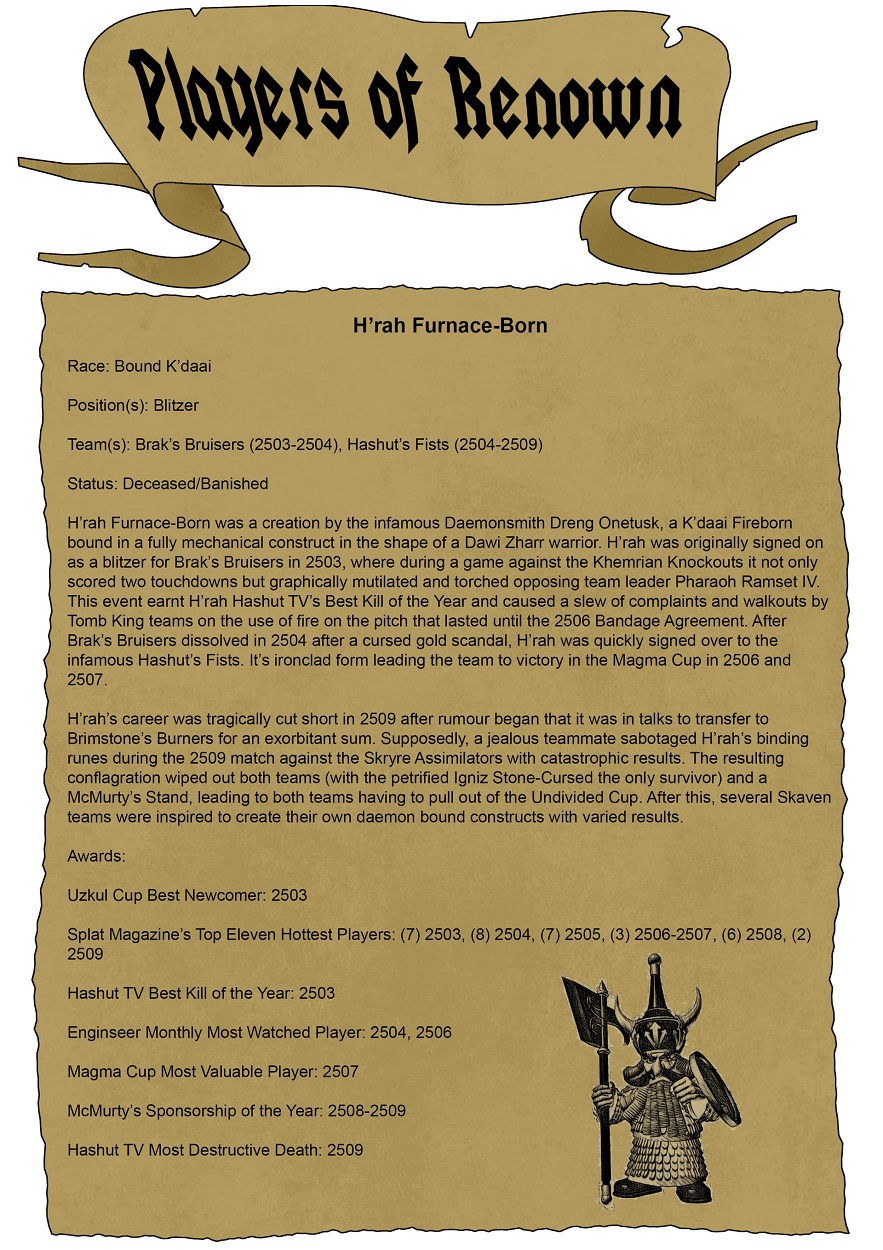 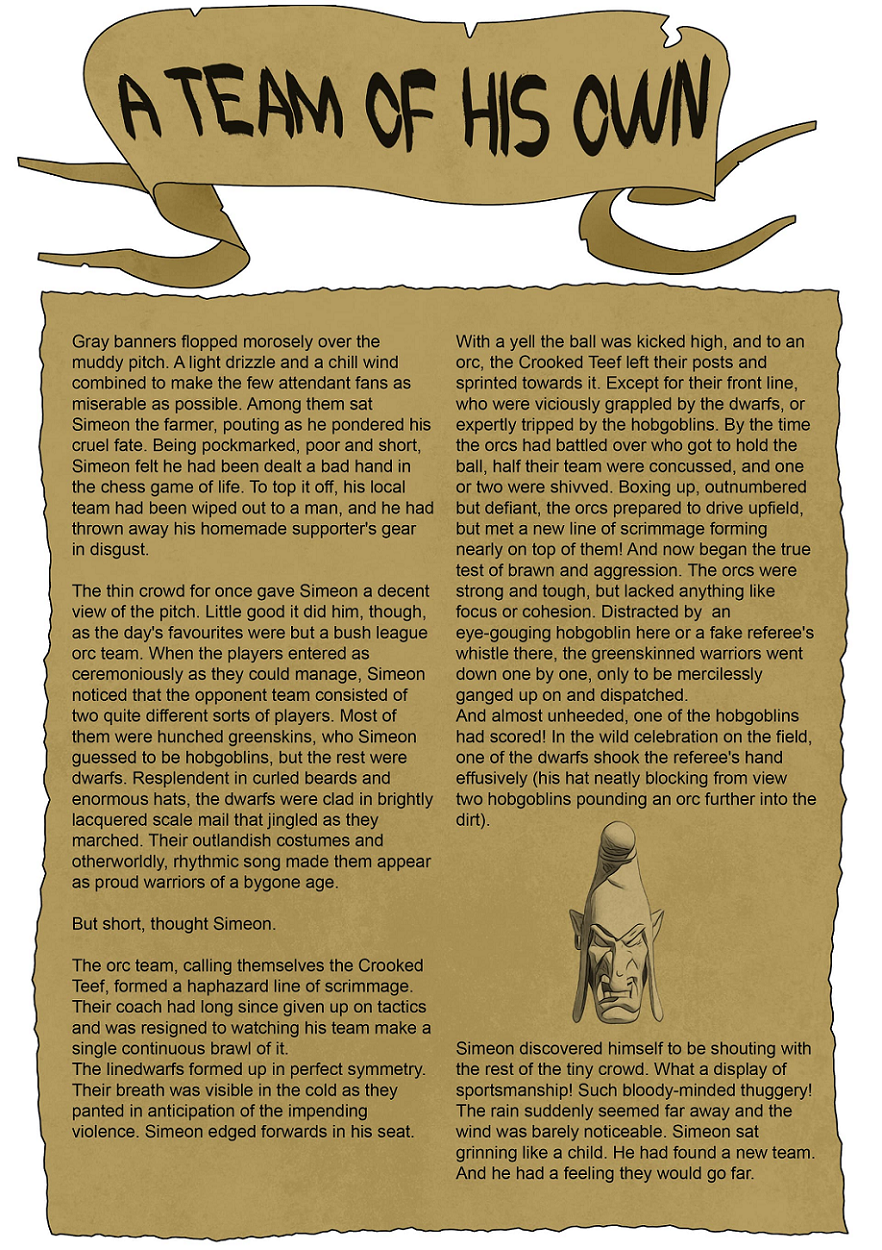 Also, an honourable mention to @Bowser and @Jasko , who trailed bronze closely. Should anyone have received a Scribe’s Veteran Medal by entering 5 Scribe’s Contests, please PM me.

Medals are incoming! If you wonder how many votes your entry received, PM @Admiral

And now for the gold prize, from @Abecedar, who gifted his previous Golden Hat prize on to this contest. @flagellant04 will win a €30 store coupon at Warcolours, courtesy of @warcolours : 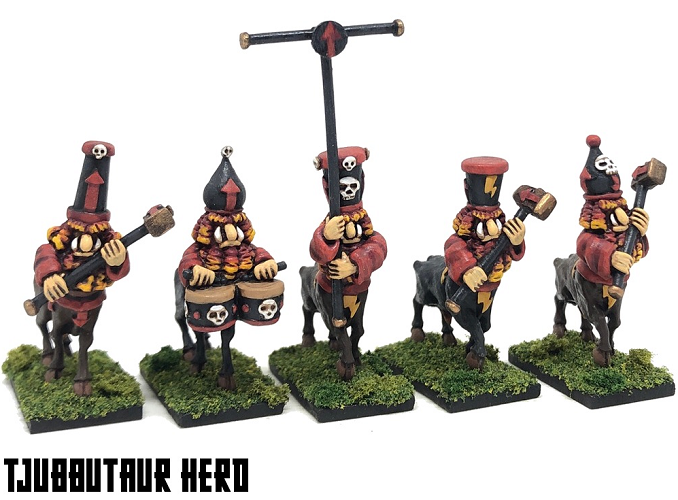 Whereas @Brawniac will win an unpainted Ewal Dvergr Centaur from @Zanko and @Clam ! 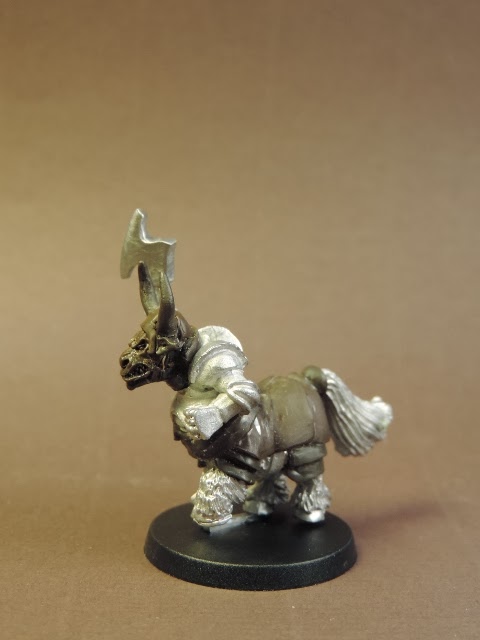 While @Bowser combs home the random draw prize, namely a kit of Tjubling Hat Command from @Tjub and Admiralty Miniatures: 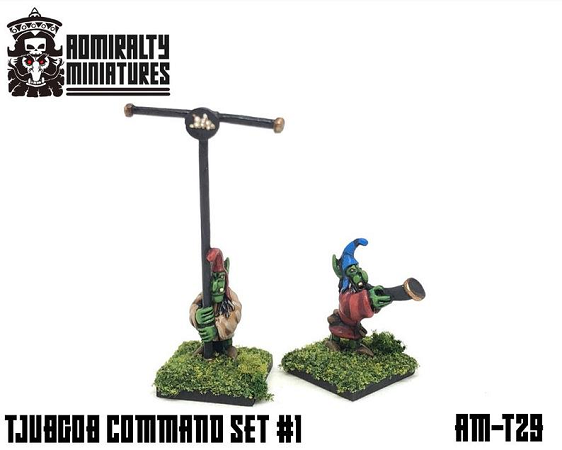 The winners will be contacted shortly via PM.

A big “thanks” to everyone who participated and voted!

Be more than welcome to post the entries as new threads (or posts in your own thread) in the Stories and Background section of the CDO Forums.

A Scribe’s Contest section will soon be set up in Contest Galleries.

That concludes the thirteenth instalment of Scribe’s Contest. It is a valuable addition to the growing mass of Chaos Dwarf and Hobgoblin writings accumulated on CDO. Well done, everyone!

Next up: A special round of Artisan’s Contest!

Congratulations all, another phenomenal contest i loved reading all the entries, thanks to all the entrants.

Congratulations everyone!
Was hard to choose, but for the first time 100% of my contest votes ended up in the Top 3

Awesome entries everyone! There were a lot of seriously funny stories and exceptional writing on display here. There is so much talent in this community. It’s time for me to start digging into y’alls post histories’ to find any other writing you’ve done!

Brilliant job everyone! Seriously, some amazing talent on display here. Also I am super excited for that TjubGob Command. Amazing models.

Congrats to the winners and all other participants - great job everyone!

A fine contest! Congratulations to the worthy winners.

Congrats to the winners. Well earned!

Congratulations to the winners.

Already got these TjubGob Command pieces planned out. 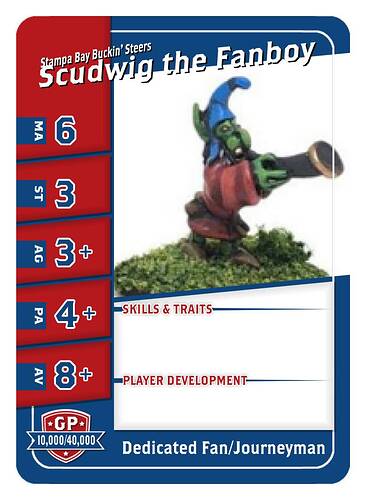 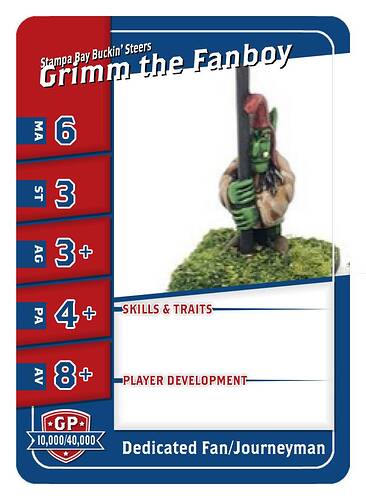 We’ve got a special Artisan’s Contest coming up next. Please expect some waiting time: I’m still drained after a bout of cold, still have some unusually stubborn migraines, and may have my hands full over Easter with what energy there is left over. Will try to cobble it together next comp as soon as a good window presents itself.

Awesome stuff guys - can’t wait for the next one

Would totally try my hardest in the next one. Excited to participate!

Back home at last. Will try to get next Artisan’s up tomorrow.

Besides, during circa 2014-2018 we used to have one Scribe’s Contest in-between every competition. This won’t happen again soon, since the modelling & painting comps is the most thrilling for most people, and minimum AC & GH deadlines are now 2 instead of 1 month.

Pondering having just 1 SC per year, or perhaps 2? They take up circa 3 weeks or a bit less, and parallell contests is a confusing no-no. Thoughts?

One or two a year seems reasonable. 2 would mayhaps make more sense as you could do

Also, working on it! Another 42 rats shall be done in the coming few days. Hopefully another 40~60 before may!

Pondering having just 1 SC per year, or perhaps 2? They take up circa 3 weeks or a bit less, and parallell contests is a confusing no-no. Thoughts?

I think this is the right call. AC and GH are where the meat is at. I would suggest one SC per year, but in that case allow for 1000 words entries and have them open themed. 1000 words allow for a decent flash fiction piece, and if there is only one per year, I think it should always be open themed. If there would be a second SC in the year, maybe with only 500 words, this then could have a theme.