A covered sedan chair moved slowly through the city street, its bearers showing no strain despite its weighty cargo. Drawn curtains hid the occupant from the public view. There were times to be venerated and times to be ignored; this was the latter.

Ginëladan Kir-Shamash sat ruminating inside, his hat nearly knocking its ceiling as it swayed upon dwarven shoulders. His review of the city had confirmed his suspicions, his Excellence was in decline. Its forges did not ring out, its mines were dark, and its sacrifices few. The grey faced dwarves who lived there did so out of duty and stayed indoors save for worshipping at the temples where they prayed only for renewal.

There was a time, Ginëladan knew, when this had been a place of great promise and prosperity. A royal engineering corp constructed great feats of construction and oversaw deep mines. Consuls and viziers administered the will of his ancestors far and wide. Their vestiges remained, focused only on their own advancement, no thought to the glory of the Excellence.

“The council is right of course. Our lands house wealth beyond knowing. Nowhere have we reached the limits, high or low. We must relight our mines. We must build here again.”

But the whispers within his Hashutaar reached out then, and that of greed was loudest of all.

“But are not all lands ours? We were here before these weaker races. It is they who have encroached upon us…”

He stroked his shimmering beard.

“The other priests cannot protest simple reclamation and administration. Our mines will indeed again be lit. Even those that have never seen us.”

An unseasonal rain began as his chair stopped before the keep. It was time to return the Excellence of Shamash to its glory.

Welcome to my painting blog for Ginëladan’s Reclamation Engineers and Expeditionary Diplomats! For starters, and for a future before-and-after shot, here’s the army so far! I started collecting around the end of 2019 and finished most of my purchasing in about 2 years. It is predominantly original big hats with a few 3rd party sculpts and a couple of my favorite ogres. Conversions all @Bassman 's excellent work! I have some Slavers still needing converting in the box, a few things need assembling, and I’m still waiting on a few third party models (namely some OSM stuff and a restock of @Fuggit_Khan 's work). I’m sure I’ll find more to add by the time I finish too, but that will just make the comparison all the more impressive!

Did a couple colour tests the other night. I’m still really torn between copper with silver vs bone with white for the scale armour. I will probably do more for each scheme and see how they look more fleshed out, as well as another one using the bone somewhere else instead. 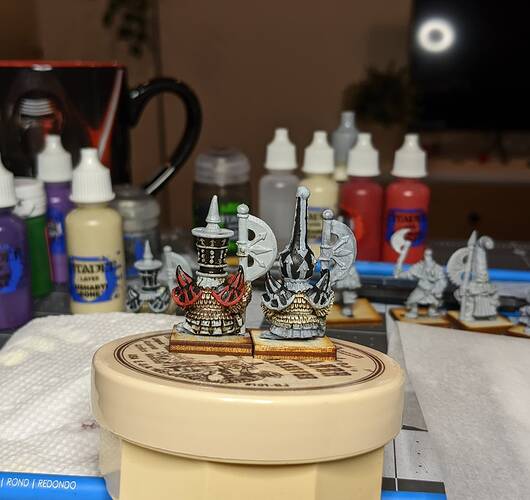 Yess! Musical hats are hitting the forum! And there was much rejoicing.

@Jasko Thanks! They’re my favorite sculpts in the range tbh. So happy to have such a large set

They can rock out with my hobgob with keyswordtar someday (when I do that idea).

This is true diplomacy as only a Dawi can understand!

I would of course be remiss if I didn’t mention @chitzkoi 's contribution in my miniature quest as well. Supplier, partner, and forwarding address, he helped me to source missing parts, finish off units, and obtain specific sculpts among other ventures.

One such venture was obtaining these Eagle Warrior Orcs I became obsessed with immediately upon discovery. 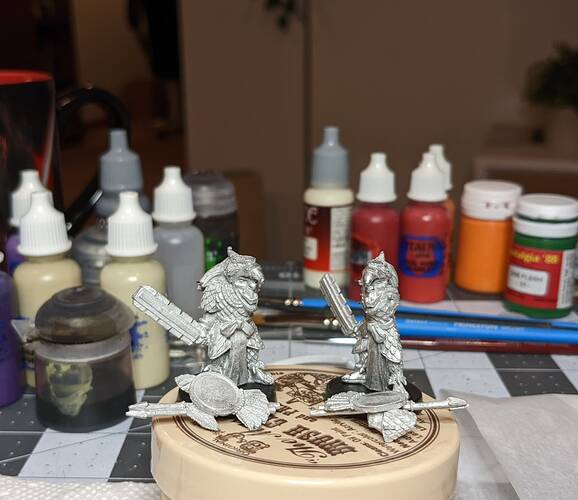 Which actually poses the next conundrum I face in my list. My original picture featured a unit of Marauder Orcs, some of my favorite orc sculpts. However, the clash between the eagle warriors and marauders is too great to use both in the same list. I’m considering a basing theme that would better match a mesoamerican vibe and running with them instead. We’ll see if the colour scheme I settle on works with it. As it stands, here’s attempt number 3! 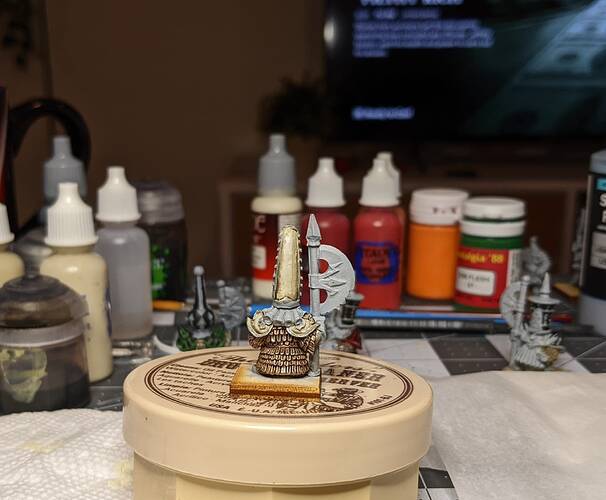 Happier with the copper scale this time, I think I’ll try a darker color on the raised parts of the armour with this. Not happy with my skills with light colours on big flat surfaces though, any tips or tutorials would be appreciated!

What an impressive force.

Never seen them before – but I really like them. Where are they from? If it involves chitz, I assume this is some obscure stuff.

Awesome collection and it’s great to see my conversions among them. They fit great!

Looking forward to see them painted

I forgot to mention the self made trays and basing. Love them!

@Anzu Obscure indeed, though still in print through RPE! They’re from a long-dead game called Crucible. Lots of interesting sculpts from it with widely varying quality haha

@Bassman Excited to finally give them a well-deserved paint job! I wish I could take credit for the bases and trays but they are from Litko. They sell just about any size and slot you could want!

I have to admit I did a bit of research myself and found the original manufacturer as well but thought it’s all OOP – what a gentle surprise Ral Partha is still selling them. Agree, these sculpts look superior to the others I have seen from the same range, some are stylistically completely different.

Love ralpartha a treasure trove on that site to be sure. So much to look through. Amazing sculpts all over.

Glad you finally started a blog. Love the conversions and the 3rd colour scheme is my fav too.

Painting and repainting, having a horrible time figuring out hair and trim colours.

After all this it seems like the best armour trim is either the one on the left (Nostalgia '88 Terracotta) with either a dark purple or brown highlight, or a dark metallic like Tinny Tin with a Bronze highlight. I used the latter extensively for my last project. 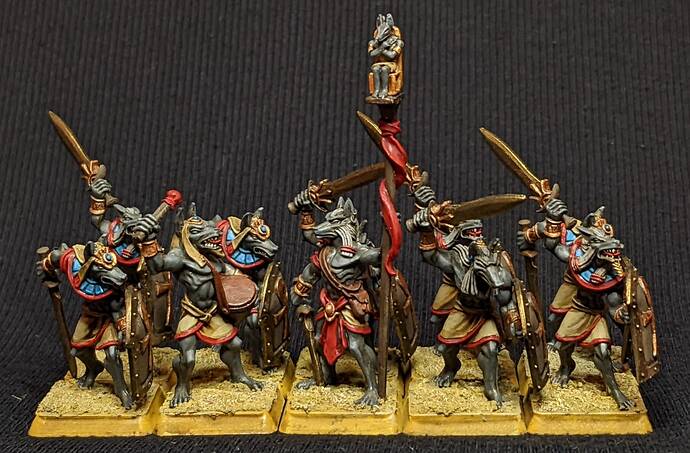 But who knows, maybe a gold?

As for beards, while the actual shade of colours used needs work, I’d like to be able to use different colours throughout the army. Darker seems better in that case.

I’ve spent too much time thinking about this already… I’ve never worked with such a light base colour before so let me know what you think!

uuuuuuuuuuu but the dark brown as details fits so well!!
i like the negative space it creates, sonething like carrefour logo whih it took me 20 years to realise it was a negative C in a square and not some sort of blue dog nose on the side 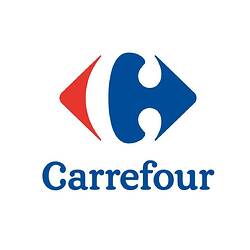 Such a cool and unique scheme for CDs! Will be watching this one.

I feel like the Terracotta reads as dark brown! Then the highlight could reinforce that. The Doombull seems to actually draw the eye more than darker colours? Wouldn’t a straight black be better at creating negative space?

probably black would make a “better” negative space, but surealy this brown has better harmony with all the rest you made
i like the 3 colours you chose for the hairs as well, muted, a touch of gloomy theme, love it
at this point i’ll personally go with a mix of those 3 colours, instead of just making all of them have the same hair palette

the armor scheme is natural tone and subtle warm with a contrast of pallid colours, the hair pop out a lot, but remain a desaturated tone

Thank you so much for the kind words! It’s so motivating to hear