Let’s be real - the hobby is filled with unique people and experiences. I thought I might make a thread in the hopes you guys could share some of the funny ones. Here are mine.

Keen to hear the weird and wonderful from you all!

I’ve been in the hobby for 35 years but haven’t experienced anything really exciting or bizarre. In the beginning there was no internet and even now I don’t own a smartphone and am not registered / active in any of the big social networks. Nevertheless, I would be happy to hear / read more stories from all of you.

And yet you have what matters most…the biggest painted chaos dwarf army on the internet!..(probably)

I must be gaining ground on you though…got to keep you from getting complacent!

I will continue to work on myself and my chaos dwarves!

I want to play Billhammer40k

When I was building my lizardmen army I bought a “used lizardmen and other lot, no splitting” lot on a local used stuff website. It listed the lizardmen, nothing else, but the last row said “some terrain and random other models”

The guy emailed me right before that I should bring a trailer (not sure if that’s the right word but you get what I mean) or if I had roof rails I should bring blankets and rope. He didn’t say why.

Once I got there I figured I was at the wrong place… I was standing on front of a large run down school that looked like a crack house. Sure I was about to be robbed I emailed the guy saying I was there. This was mid winter and at 8 in the evening so it was quite dark.

After about 10 minutes, I was early, some guy arrives on his bike saying his class ran a bit late. He opened the gate and went inside.

Apparently he “rented” a large part of the school for only 200 euros a month, but he had to do some maintenance stuff.

He took me to trough the main building, to the cafeteria where he lived. He had everything on display on school cafeteria tables…

For 200 euros I got:
5000 points of lizardmen
2000 points of skaven
1 metal forest dragon
A large bin of trees
A large bin of bits
Some small buildings
Some random models from different armies
And… 2 entire 6x4 gaming tables, funny decorated and good to go…

Apparently he had gotten notice they were going to tear down the school and had to leave in 2 weeks. He didn’t play anymore and didn’t feel like taking it all with him.

I sold the random models, gaming tables and forest dragon for about 210 euros…

This is EXACTLY what I wanted and I love it. God the unease of transacting like that. And what a weird living situation

Two brothers who are massively competitive versus me and Mr I’ve never met before.

It’s halfway through the game and we are in bad shape. The gaming club has a little bar. I decide retire there for a bit and grab a soft drink and I ask mr I’ve never met before what he wants.

I shit you not.

For the uninitiated Bombay bad boy is a spicy Indian curry flavour of pot noodle. (Similiar I’m told to “mr noodles” in the USA). The strangest request I’ve ever heard.

I go to the bar, and clearly he’s been here before, they sell Bombay bad boys. They add the boiling water and everything. God bless the dirty bastards.

I return to my horrible one sided game. Mr I’ve never met before is tucking into his pot noodle when suddenly he starts choking.

Before he starts dying or anyone is forced to help Mr I’ve never met before manages to dislodge the forkful of spicy curry flavoured noodles via a large explosive cough.

A spray of noodles fly through the air and scatter across the 6x4 gaming board, covering scenery and miniatures.

We are all very polite and cool about it. And I just want this game over now.

Okay movement phase. I move my hand to push the metal 3rd Ed crab style dredd forward 6inches and I see it. On its power claw. Between the blades. A single dripping noodle.

I haven’t the heart to tell him. I move the dredd. complete the game. Grey knights win. Surprise surprise . I pack away the model. And only when I get home do I remove the offending noodle.

Hahaha that’s brilliant! I wish I could have been there!!

Honestly I was expecting you to say Mr you’ve never met before revealed to you after the game that he did it on purpose to give a proverbial finger to the WAAC Bros. lol

Like @Zanko I have nothing peculiar to report after 18 years in the Warhammer hobby, though I may at a stretch have caused some minor odd tournament experiences for others. Mostly by what I am converting between games for @Eisenhans (“Are you putting teats on your monster?!”) and the usual cheapskate oatmeal porridge mixed with blueberry soup, raisins and fried apple I tend to bring along. It has a purplish grey colour unless I’ve mixed in something else than blueberry soup, and has harvested a few comments like: “We’re going out to dine and you sit here and eat cow brain!”

Or by Cavetroll in Västerås, who suddenly stopped in his tracks, pointed and said: “Mister Admiral, what is that?” (Yes, the nice Finnish man used those exact words, because Eisenhans had pointed at me during a game and said “That is Admiral” when the Finn asked him if a Satyr with a very crimson-tipped phallus was from Admiralty Miniatures. Check out Cavetroll’s wonderful railroad-themed Chaos Dwarf army in the link!)

And once my opponent buried his face in his hands on the table after he inquired why I was cheering on his Dwarf lord and explaining that I’m always on the side of Dwarfs because they’re fat and bearded.

Small verbal stuff like that. And constant problems with a parade of leaking air mattresses making me wake after a few hours and getting no sleep, thus converting stuff for others through the night, to comments of: “You’re crazy!” Yet the man who organizes Västerås tournaments almost always wake after three or four hours’ sleep, so I’m not short on company when the tournament hall lies deserted.

Ergo, I’ve had no weird experiences and no opponents from out of a madhouse, although I have no idea if they can say the same thing in return. 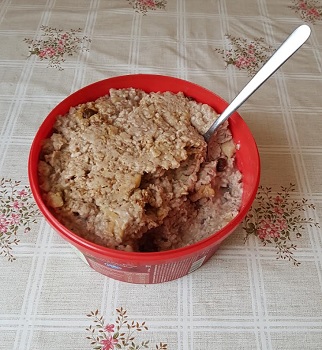 Ergo, I’ve had no weird experiences and no opponents from out of a madhouse, although I have no idea if they can say the same thing in return.

Glad you’re on our side mate hahah

While unique experiences are lacking, anecdotes abound, however. The Swedish tournament scene have its share of hard-drinking players. Once, a man returned in the morning with a big blue bruise over half his face, explaining that he had got into a fight. This I saw with my own eyes, the rest below is hearsay:

Others have told me of how one certain elite player (the best one in Sweden) once would drink all night, arrive through the hotel entrance in the morning, and then arrive groggy to the tournament. His friends, who played as a team of four, then asked him to please stand still in the deployment zone with his entire Orc & Goblin army, because Empire have no way to annihilate it in 6 turns if he just remain immobile. Instead he started the game by pushing his entire Greenskin army forward, including Rock Lobbers and Spear Chukkas, vomiting under the table during each of his opponent’s turns, and winning hard on turn 3 or 4. Then he reported to his surprised friends: “I stand in the deployment zone now!”

Also, someone I don’t know of apparently once arrived late at night to a sleeping room at some event. I guess that one must have been drunk, because he started by randomly throwing a chair at someone else who lay asleep.

This is what this thread is all about. Although there is a weird theme of spewing that seems to be gathering traction.

Vomit is the new asscannon!

I’ve no idea if this is odd, but I’m constantly getting comments on Reddit over my 40k doodles, by people who wax nostalgic over “this old Rogue Trader art” and saying “it has this special quality you don’t find nowadays”, without having checked the date or links and without realizing I drew it this year or last year. A few months ago, one guy on Deviantart even asked politely if I had done some art for the original Rogue Trader game, which was flattering but also funny, because I wasn’t even born when it was released in 1987. To their defence, Rick Priestley also found it reminiscent of Rogue Trader art in an E-mail conversation when I showed the acrylics as a tribute to his and his colleague’s sterling efforts.

Otherwise, the hobby seems to be mostly bereft of really strange people where I live, so nothing to report other than hearsay. Our eccentrics mostly keep it on an even level without large and disturbing spikes in weirdness.

6 posts were merged into an existing topic: Age Old Grudges

Oh boy, weird stuff happened in the hobby? aside me playin with literal trash?

Ok let me start by saying I started collecting LotR when it was coming out to newspaper stores back in…2003? we all do remember those weekly/monthly releases. 1 or 2 years after my best friend shown me a new store that opened in our home town and things only got worse for my life. we had no idea what warhammer was, we had a vague hint of lotr minis and WH being from the same publisher at the time.
i was 15.

SO as usual, kids are fucking disgusting, our hygene never been the best, we all do know that.
But one day something was way more off than allowed. something was just wrong.
That morning i jumped school (because fuck school) i went to the store (EXCALIBUR, HELL YES) and while chatting with the owner (in his early 30 at the time) and the other clerk (barely 18 if i recall) we started to smell something dead in the air.

The fuck’s that?
It was almost summer, it was extremely hot and extremely humid as usual close to Milan.
something was dead near by.

at some point, we localized the area. it was indeed close to the toilet, but not as or what expected.
the 3 of us started to look around, that pungent stink was overwelming.
Sniffing around like turft hounds we spotted the culprit.

Attila’s Shaggot.
Who’s Attila? He was (is) another metal head like me, 1 year younger. but he managed to get all the grime as possible on him to not having to miss that year at all.
Attila decided to make a snow base for his Shaggot, all snowy on his rock/cliff, all proud and angry with that huge 2h big axe.

He made. the snow. with sugar.

No, sorry, my bad. WITH MAGGOTS.

The amount of humidity, the heat, the model in a glass display, and the sun shining on it.
Until today, i can still feel in my lungs papa’s Nurgle desease. It covered the air, it covered the models, there were maggots all over the display, the layer below that, fucking everywhere.

That thing was brewing desease for probably a couple of days, and we discovered it only when it was too late.

The owner tossed the shaggot in the trash bin, some of the models from the display as well, and insulted properly Attila the same day.