I will make some sections in this post where i will keep track of everything.

I’ll also post my armies (painted) models so you guys can take them into account when building lists as discussed in the Gaming Thread.

Feel free to add your stuff in comments below! I will add them to the first post for easy access!

This is ace! I’ll gladly add:

Stuff I bring for sure

I’ll be bringing VICTORY ON THE BATTLEFIELD

One thing I have , that is easy to transport is an old school cloth style 6x4 grass green gaming mat. Not the vinyl kind so can be folded much smaller.

Pic below. Lemme know if required. 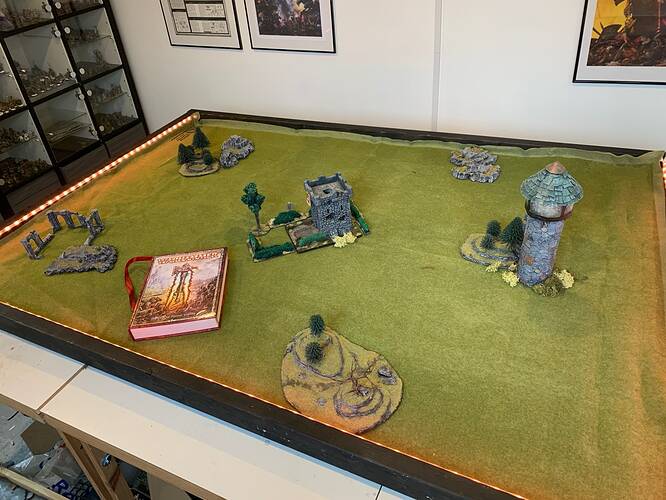 I have these DIY boards 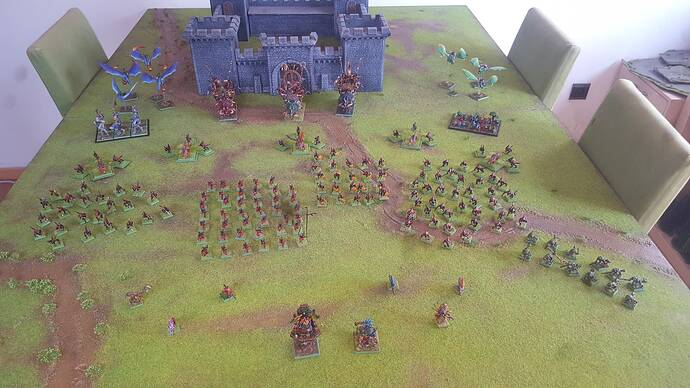 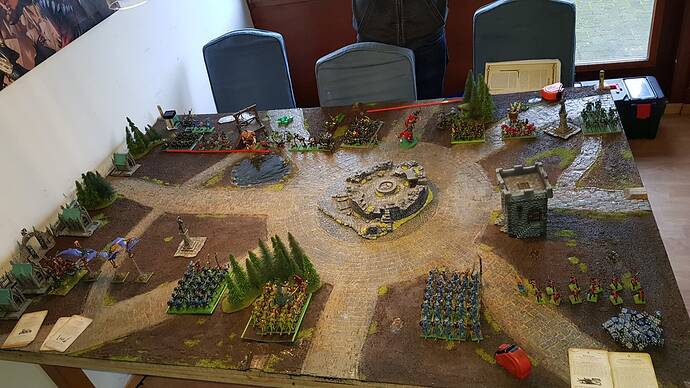 Alright, so I guess we already have some gaming supplies nailed down. Everyone brings at least one army, right? Michael listed already lots of terrain, so I guess we should be quite good there.

Maybe we should start focus on the rest of the logistics - mainly food and drinks. We have three full days to cover for six (?) people. And we all know how hungry wargaming makes!

As stated in the main thread, transport isn’t as much of an issue as before, at least on my end.

I can still bring all the stuff i said.

We also need food, drinks and snacks for all of us for the weekend.

Im picking up the brits around 2 p.m. iirc, meaning with delays, getting them and their stuff in my car and driving there were looking at 2hrs or so. Well be there right on time to check in im assuming.

We could unload the car and trailer and go food shopping friday evening in a local store (they are open until 8 p.m. or so) OR we can compile a list and order online ao we only need ro pick it up in the store and pay.

Do we want to make cash pool beforehand or one of us pays and the rest pay him back?

Ill also bring a laptop with webcam and microphone so we can hopefully stream on twitch a bit. I already made a twitch account for those who cant make it.

Fantastic!
So I’ll be coming by car and have definitely lots of room. So either I could join you guys at the airport and help with the Brits, or I could go shopping / pick up the supplies.
I’d say it would be best if we continue to use splitwise for all expenses, it’s just so convenient, especially with the Brits and their lack of Euros

Oh sure, splitwise is a must imo. I propose we preorder the food and pick it up on the day itself. That way we know we have, what else we need and what it would cost.

Yeah, seems more logical for us to pay for the brits and let paypal figure out the transaction costs.

I suggest ordering here → Link
But as im the only Dutch speaking person and the site is Dutch only… it’s a bit annoying.

I google translated it via this link → Translated link

We make a shoppinglist on that site, choose a pickup date and time slot and on said day go to the store, pay for the groceries and load it in the car. They put it all in crates and bags for us.

Takes about 10/15 minutes. There’s even a store near the cabin (about 5km)
Dr. Schaepmanstraat 3
Stramproy