I’m not starting an undead army

There’s nothing to see here. Move on. 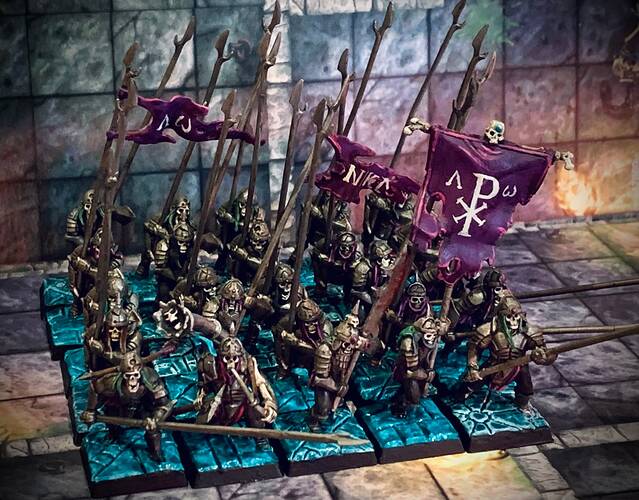 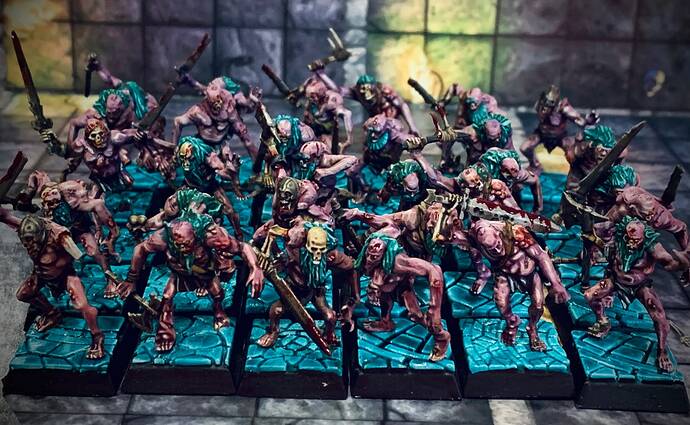 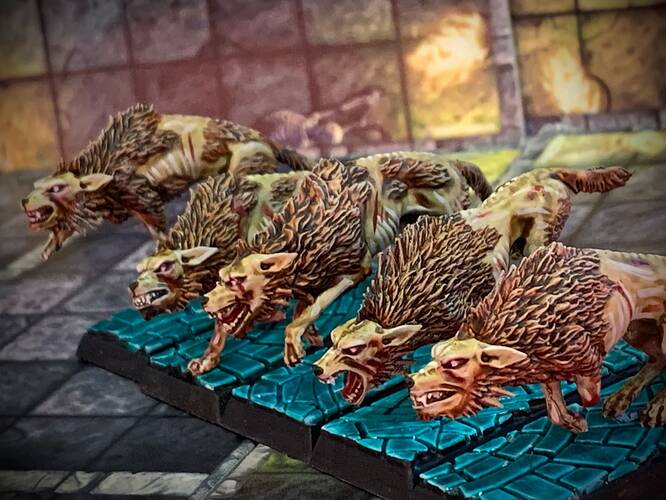 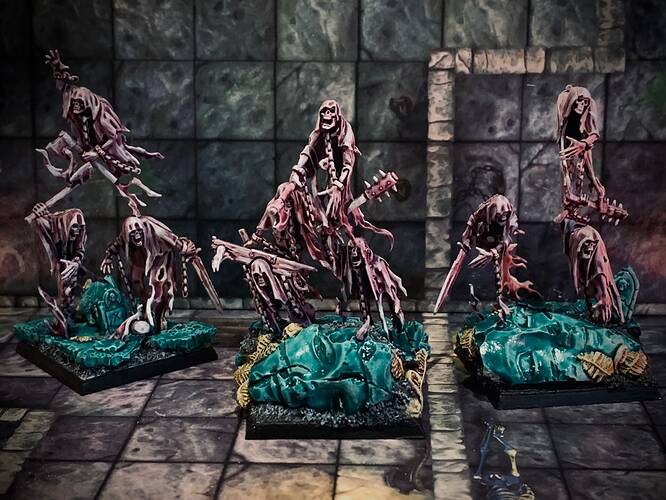 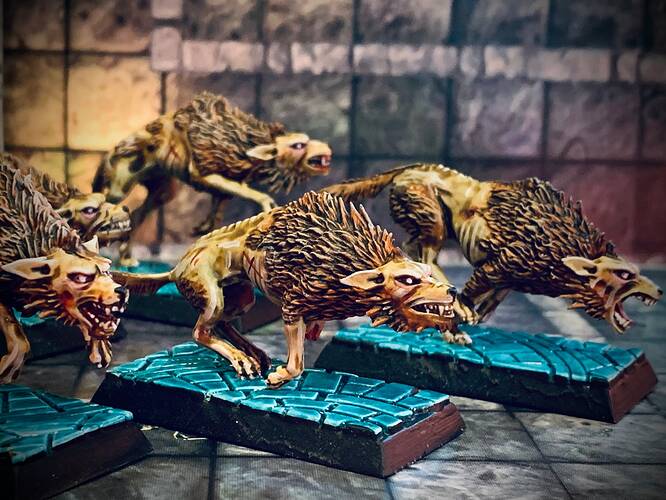 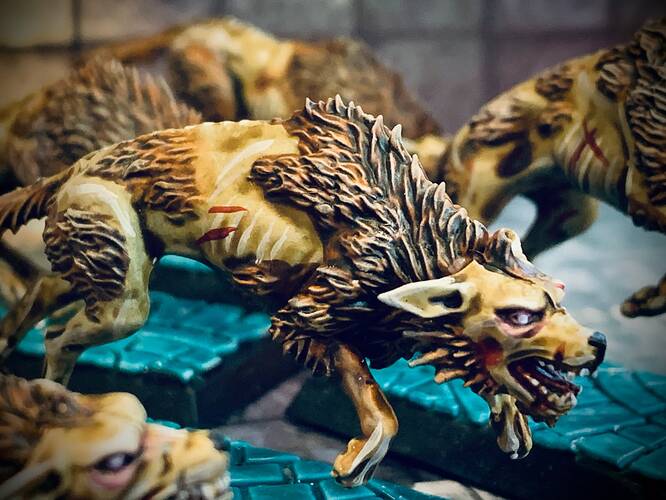 Wargs from the hobbit given an undead makeover. They were originally for the hobgoblin project but I think they make convincing dire Wolves by accentuating the ribs, making them look mangy giving them freaky eyes and a few cuts. One doggo is even missing a paw. 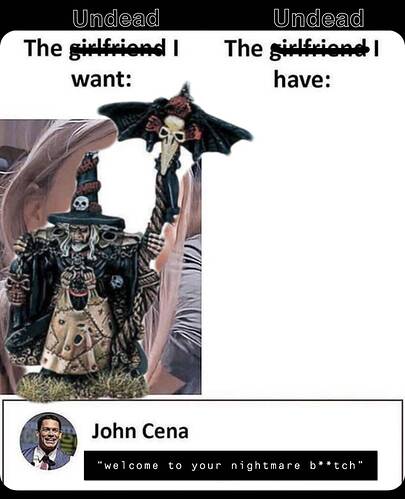 Very nice start for an army that is not going to be. I am looking forward to more entries, that won’t be coming soon!

It’s going to be so disappointing should he make it, I’m totally looking forward to seeing no progress whatsoever this year! Procrastinators unite!

I won’t be looking forward to fighting these guys on a tabletop later this year. Maybe even not using 4th edition rules or some other gimmick! You even couldn’t use them to make a Mordheim warband if you didn’t use vampires.

Walks by
What’s not going on here?
Ah, good decision to not start an undead army, they have no style at all. One couldn’t say they’re a classic army, and your paint style will not totally suit them. No bummer with the BATG!

I really did enjoy reading the title and immediately being presented with the Warhammer Undead Armies logo, gave me a good chuckle

These are really nice paint jobs, it’s a shame you won’t be starting an army as I’d love to see these on a grander scale, I’ll have to not look back here for more updates

I have to echo @MichaelX though, as nice as those minis came out I really want to know more about those bases, printed? If that’s Green stuff rolled that’s some of the best over ever seen

I really want to know more about those bases, printed? 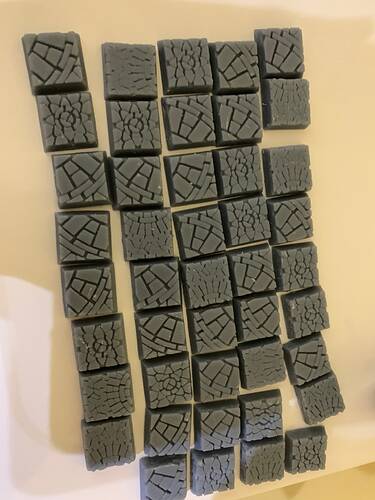 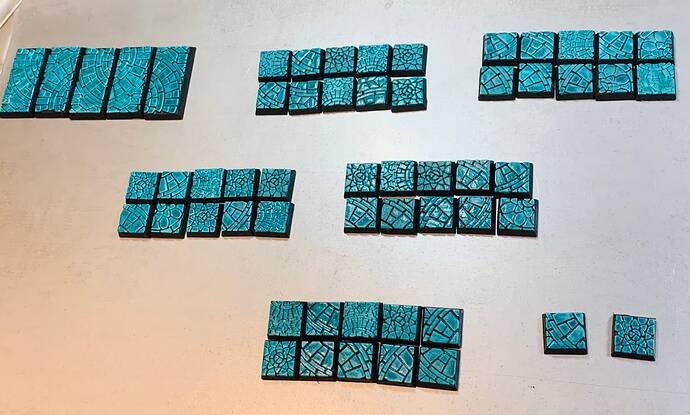 3D prints. Paint job could not be simpler. Athermatic blue contrast. Gloss varnish to give the ceramic look. Done.

Woah Woah Woah now. When did you print 6 regiments of ghosts?

Also the athermatics in my garage aren’t blue last I checked, what a dumb paint name.

Woah Woah Woah now. When did you print 6 regiments of ghosts?

It’s too bad you’re not starting an undead army. You could fosche these freshly primed crypt ghouls with me. Oh well… I’ll have to find a more undead friendly blog to enjoy these models. 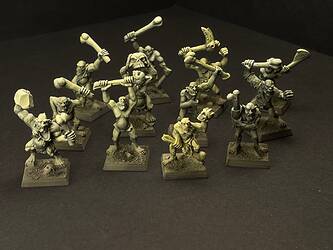 So good @Reaver - the only ghouls I’d wanna paint tbh.

Christ - I’ve got so many of these as well…