Waiting for those centaurs…been 18 months and counting. Totally trying to shame you into action!!!

And rightly so! Thank you, sir.

As it happens, I started painting the first of them two days ago to test the colour scheme and more specifically the contrast colours. Don’t expect anything fancy, though. If the result of this trial looks alright, I’ll just speed-paint through the unit in the new year (with such speed as my kind of speed-painting possesses

Maybe Do each one different colours, will make them look fancy. Even variations of a theme. You paint nicely, dont do yourself discredit!

@Antenor slow and steady is better then fast and not liking the result.

Very true. The thing is, I started my KoW army three years ago with much motivation, little skill, and no plan, and looking at some of the stuff that’s left to do I feel that I’ve moved on both in taste and skill (converting skill, that is). So a quick cranking up to the tournament standard 2300 pts it must be - quick but not shabby.

much motivation, little skill, and no plan

Thats how i do every army

Test run for my Bull Centaurs’ colour scheme: [image] [image] [image] This was a bit of an experiment for me. I’ve gotten the idea into my head, well, not exactly to paint NMM - I don’t have the skills for that - but in any case not to use any metallics on these guys. So I wondered if a satisfactory effect might be achived with contrast colours, and I must say that from a tabletop distance I could actually be persuaded that this guy is wearing bronze armour. The axe and shield rim also look …

I did start painting this chap in 2021, but abandoned him again very swiftly. About 98 % of the work has been done this week, so I’ll allow myself to count him for 2022.

-2! And believe me, this feels to me like -20 might feel to the more active painters among you

Didn’t get anything painted in a long time. But on the other hand, neither did I buy any minis, so with a total score of -3 so far I’m technically winning my personal BATG… for now

The Dogman Empire of Ostaria is the Flintloque universe’s equivalent to Austria, so I thought it might be fitting to use them as enemies for my evil Stoutgartian dwarves. In the end, I decided for a unit of Ostarian Jägers, as they fit the setting of a skirmish perfectly. Their “official” uniforms would be green, but I kept it a bit closer to their hist… 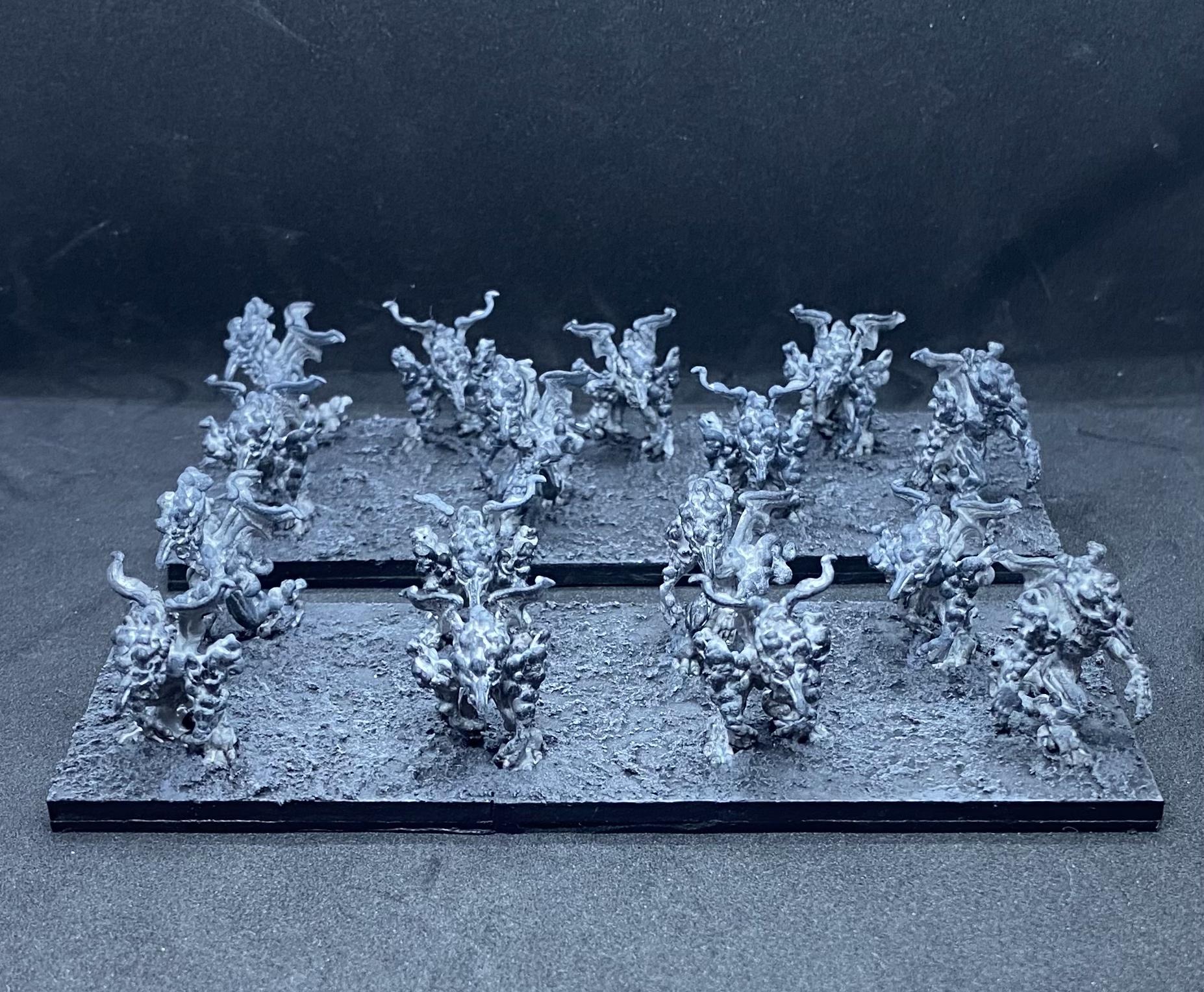 Speed-drybrushed a bunch of Steam Mephits, resulting in a quick and dirty -16. They’ll be used as Gargoyles for KoW - cheap flying chaff, good at going after war machines and excellent at dropping in front of an enemy unit to get charged instead of your dwarfs.

Unlike most of my other units, I did these exclusively for gaming purposes, so I mainly wanted to get them done as quickly as possible. I tried to achieve the smoke effect by going from light grey in the centre to black on the outermost parts, a bit like this: 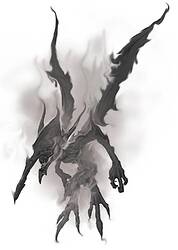 My result is by far not as cool as the picture, but it’ll get the job done. Gaming day coming up next weekend!

I apologize for the lack of updates since May. While it is partly attributable to neglect on my part, it was also partly motivated by the wish to avoid GH entry spoilers. I did however update the spradsheet correctly, so no rummy stuff has been going on.

In June, nothing happened, at all. Likewise in August, and it isn’t going to change in the course of the next five days.

In July, however, nine of these fellows added their considerable weight to my grey pile (+9): 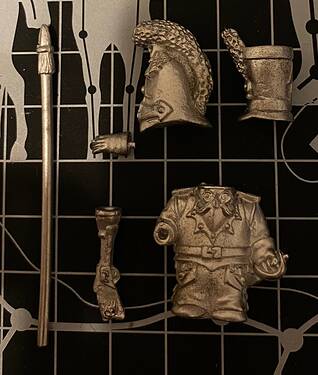 … which does not sound like much, but is in fact quite the blow when viewed in relation to the small scale of my BATG.

My goal is to get the following items painted before the end of 2022:

That would finally complete my KoW army (Azrubal’s Host). If I can do this, I shall consider this year’s BATG a success!

Nice…
Never finish though, start a warhammer chaos dwarf army next! We are chaos dwarf followers for life!

Don’t you worry, by “complete” I mean something like “a gaming-viable points value painted”. I can (and will) always add more stuff if the fancy takes me.

I had hoped to get these Bull Centaurs done for a September update, but I really needed this weekend to finish them. Well, this way I get to start into October with a nice -4.

) And for the sake of completeness, here’s the whole merry band: [image] These seven on a magnetic movement tray make up my Abyssal Halfbreed Regiment for KoW. They’ve already performed exceedingly well on the gaming table in their unpainted state - let’s hope they continue to do so now!

Well, about that Taurus, you know the drill… 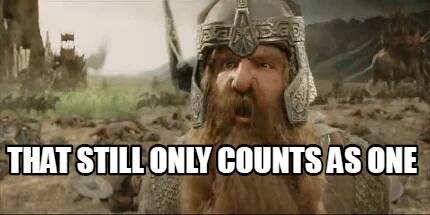 On the other hand, so does each of those unit fillers. So all in all, -8!

Lord on Taurus [image] [image] [image] [image] I finally got around to painting this beautiful sculpt by Scibor (it actually comes with an awesome scenic base included, but I magnetised it onto a 75x75 for KoW purposes). This was my first experiment with the zenithal technique, and I am very happy with the result, particularly the red skin (black primer, zenithal drybrush with Grey Seer, then Flesh Tearers Red) - it went exceedingly fast and looks better than anything I could have achieved…