Well as I’m in work all day tomorrow I’ll post my Star Wars day update now and say may the force be with you all!

After watching The Mandalorian (again) I decided I wanted my Stormtroopers from the original Star Wars Legion set to look like the worn down dirty troopers featured in the show, I’m enjoying that style these days after all 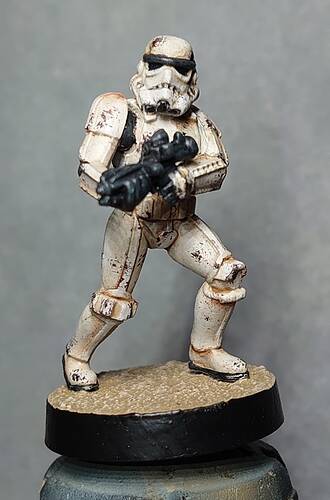 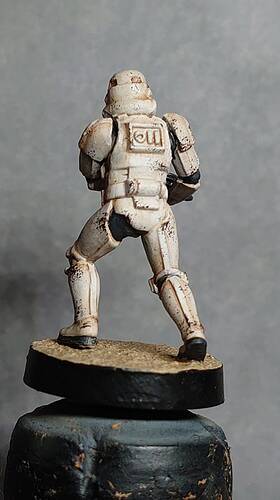 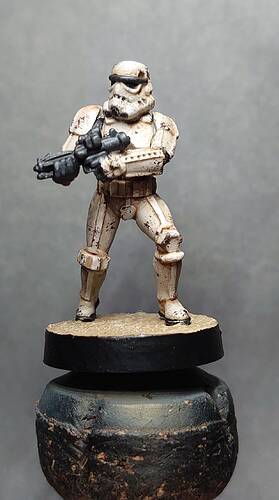 And the reference pick I went for…

Also whilst I’m here I can’t tell you how much I enjoyed The Mandalorian, whilst I thought the show was great and if anyone wants to chime in and talk about that I’d love to, for me Star Wars has always been about family and waiting week to week for each episode and making time to sit and watch it with my 2 boys has been an absolute highlight for me and I loved every minute of it. The Mandalorian’s slow, intense western theme song now has as much impact on me as John Williams glorious original score. Love it

Yeah man they look great, the weathering is spot on!

Beautiful weathering.
Now I have know did the white stormtroopers influence your cool grimdark cds or did they drive you back to stormtroopers?

It was indeed good timing, I had done the Chaos Dwarfs and couldn’t decide what part of the CD army to paint next when I remembered the dirty stormtroopers I had just seen watching The Mandalorian earlier in the day, thought I’d try something similar with them

so it was a combo of Chaos Dwarfs and The Mandalorian for this scheme, I’m also basing the colours of the speeder bikes on Mando too 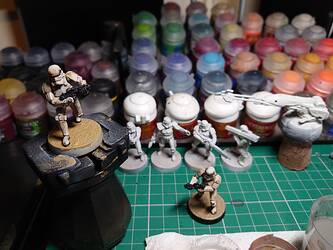 First Stormtrooper unit completed, attached are the reference pics for these guys. Carrying on The Mandalorian theme had to include some special weapon troopers and it was actually my 6year old who wanted to do the blue one (Commander Trooper) so he of course became the leader of the unit 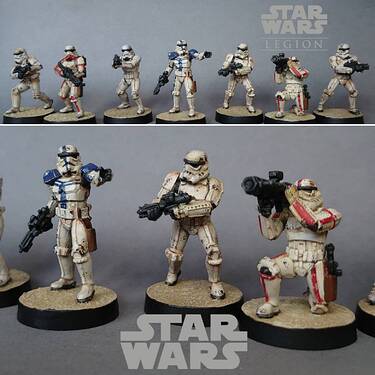 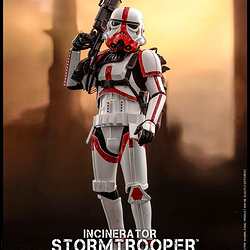 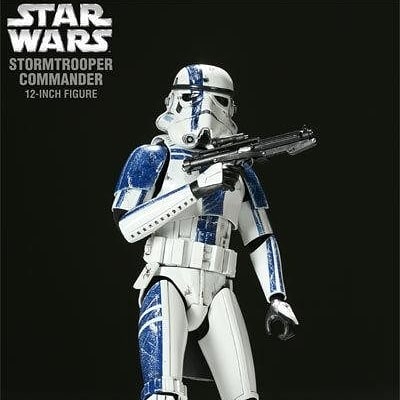 More The Mandalorian inspired Star Wars, really enjoying painting the empire side of this set.

This time one of the bikes in the season 1 starter as set. Although I’m so used to the brown speeder bikes we all know from the forest moon of Endor I really like the lighter colour they went for with this…and not just because it’s easier to paint 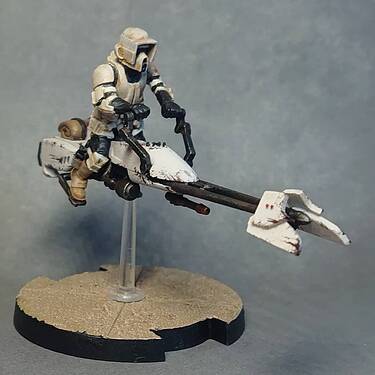 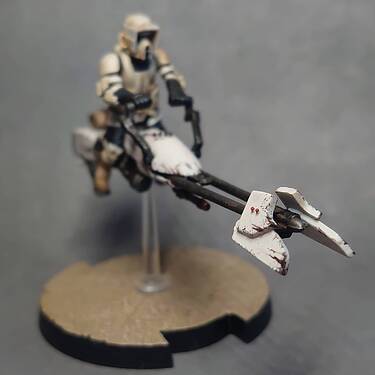 And the becoming mandatory reference pic… 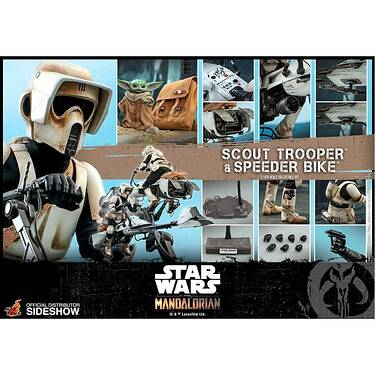 May the Force by with you

I’m so happy my son asked me to get the Star Wars Legion stuff down from the attic again, my 2 sons are painting up the Rebels half of the original box and I’m doing the Empire, as seen above influenced by The Mandalorian, managed to finish off the second unit of 7 to add my first painted minis to the BATG 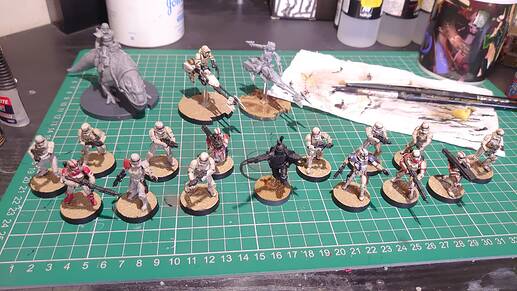 Boba Fett introduces an interesting question, as I’m loosely basing a lot of this from The Mandalorian series do I go black cloth details on Fett and cleaner armour, or as it’s the original do I stick with the grey cloth and battered armour 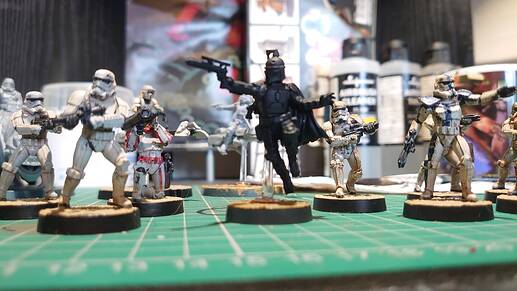 Ghrask, master of white paint. An uncanny ability some consider to be… unnatural.

Wipe out the grey… All of them.

I have only thunderous applause for your efforts here.

You are most kind, I’m looking forward to finishing these guys off…I’ve also got some Death Troopers and an AT-ST to paint up, no white though I have no idea what to do

More progress on the lingering force of the Empire after the Emperor’s downfall, this time the Dewback rider has been started 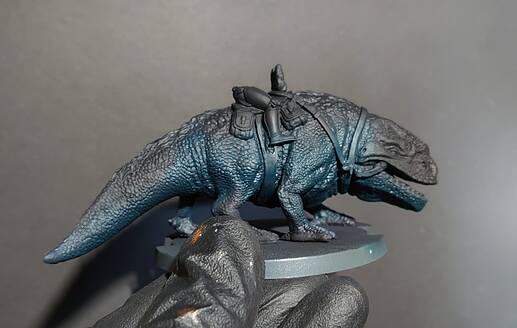 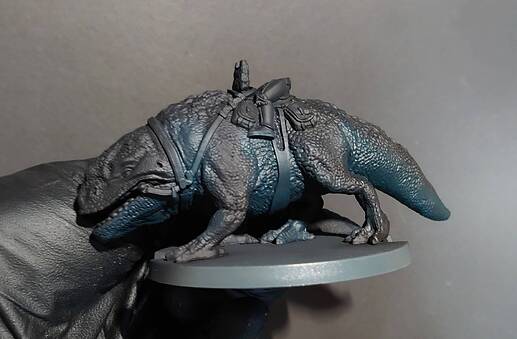 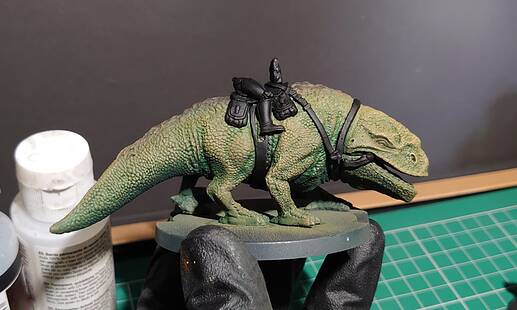 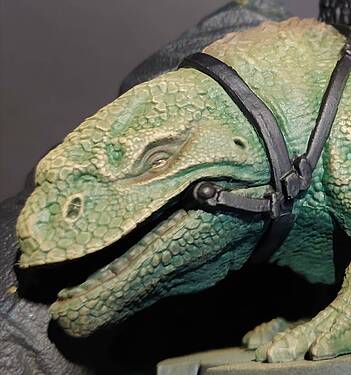 so well done. perfect rendition of the skin there! that beast looks ready to start combing the desert.

It was a bit of am experiment to say the least so I was happy with where it got to in the end, I think that why the step by steps got away from me

Had an idea for the Death Troopers, wanted to create my own squad akin to the Inferno Squad.

Wanted to go for Red Skulls, I may also do a black AT-ST with a red skull motif on the front

Wanted these guys, as the elites, to be a lot cleaner so they really stand out against the other beaten and battered Stormtroopers 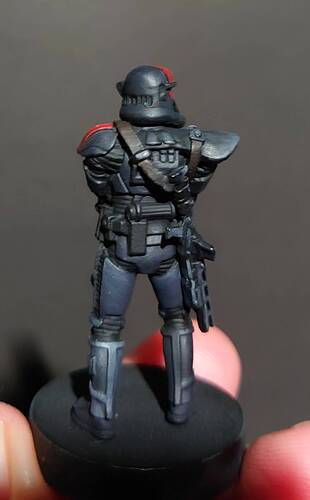 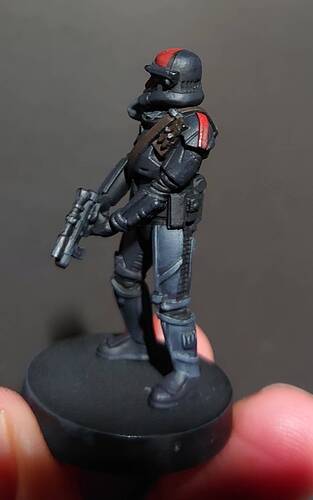 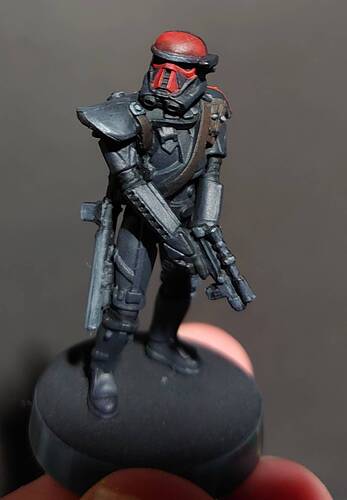 Finished off the test mini 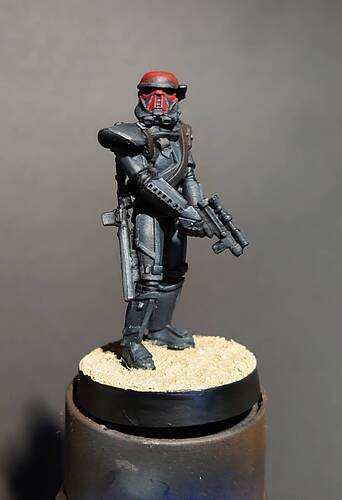 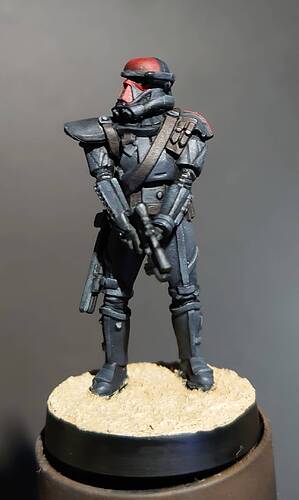 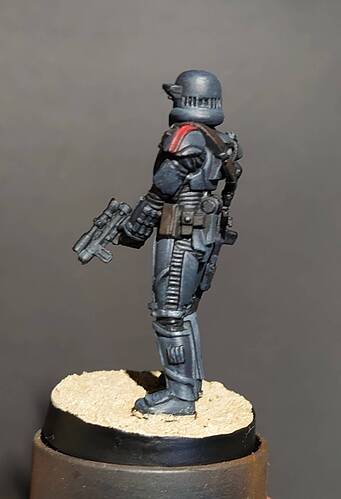 Looks sweet and great contrast with the base! 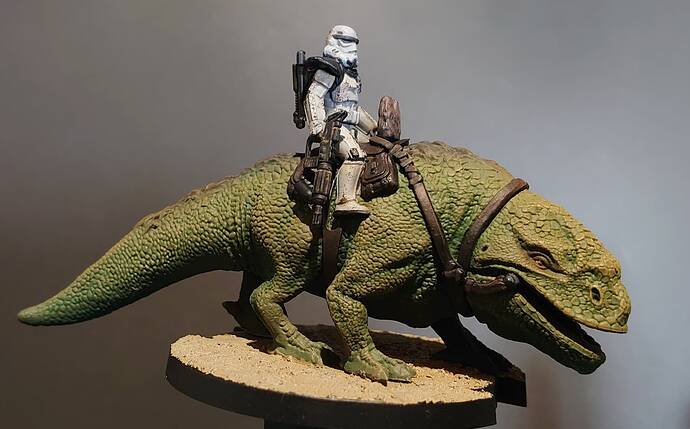 Wow ghrask, these are great!