Do I know what is going on… No!

Do I want to miss out on what everyone is doing… No!

Then let’s do this thing 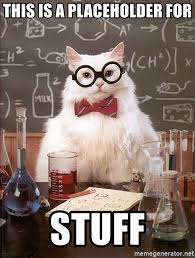 Ok peeps now I get it and I’m on board, perfect excuse and method to really get stuck into the back log.
I can see there are a couple of different goals out there, which is great, I’m going to keep mine purely keep the number of painted minis more than my minis bought. Ideally by a considerable amount but hey, we all how that can go

Well Mantic Miniatures has just put a right hole in this bucket… Walking Dead game is being sold off and discontinued, will be all gone by March and I could get £170 worth if stuff for just £100.
If hadn’t signed up to this I think I would have bought these already but I genuinely font want to go 50models down 2 days into 2022

All good things must come to an end… including the end of the world. Hi...

So full of promise was the start of the month, had a really good test model going for Kill Team but could not stop looking at my December completed AoS Stormcast. 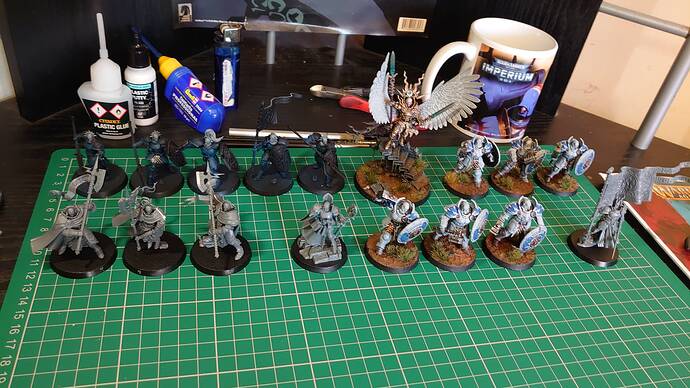 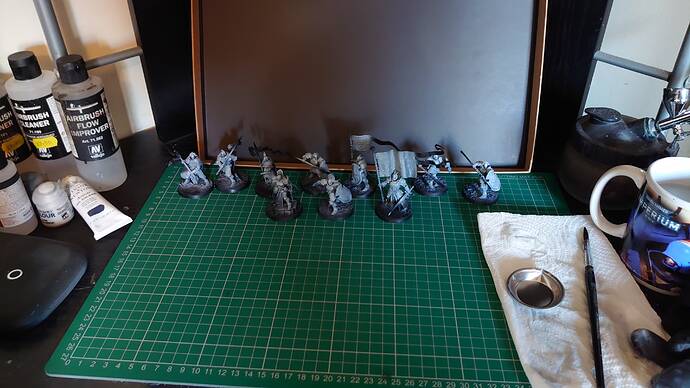 You may also spot here that I had bit of tidy up. I found that my desk was feeling very crowded and ultimately found it a bit silly that 80% of my desk was taken up by paints I’m only ever using a couple of at a time so I cleared them all into boxes (for now) and the plan is to only take out the current paints needed to help keep clear space clear mind.

Great start then, on my way into a playable army whilst clearing out the grey, Hashut be praised…until Nurgle paid us a visit

thankfully not the Great Unclean that’s going around (all tests negative though I’m not convinced) my wife in particular got a really nasty chest infection and I had to take over a lot of looking after her and the boys. My wife rides off most illnesses so when she’s out on the settee she is bad.

All in all its not left much time for January as we are only now back on track and back up and about. I may be tempted for a last push and see if I can pull off this Stormcast army but we’ll see.

@BATG_Warriors good luck with your first month’s as we near the end.

Hopefully will be around a bit more now

I feel I do want to still post what I have done, grouped as it’s been from a few separate threads which I will update individually with the completed stuff.

Although I didn’t get anything over the finishing line (don’t think I will by the end of the day) I did still get a lot done, most things 80-90% done.

So I’ve got the option for a strong February still. I’d like to complete my AoS stuff, Stormcast and ‘Sons of Darkness’ projects soon and get gaming with them 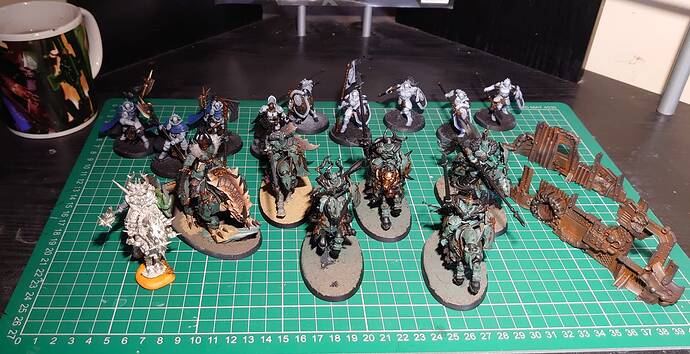 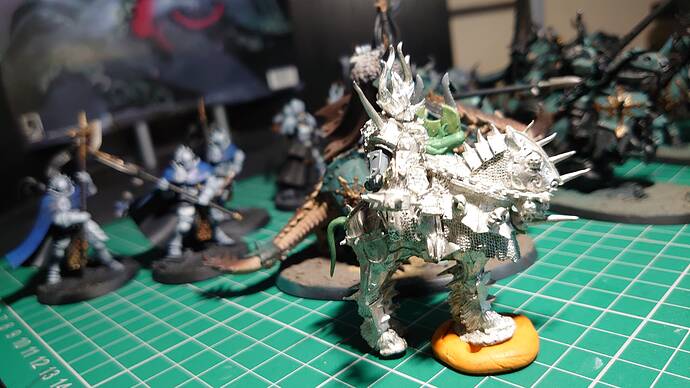 Got lots of Star Wars done which was a lovely surprise for February, I may well continue this into March

Got a few more Star Wars minis done for February scores below;

Well this one of the easier updates;

Painted: 6 (including Golden Hat not yet counted) 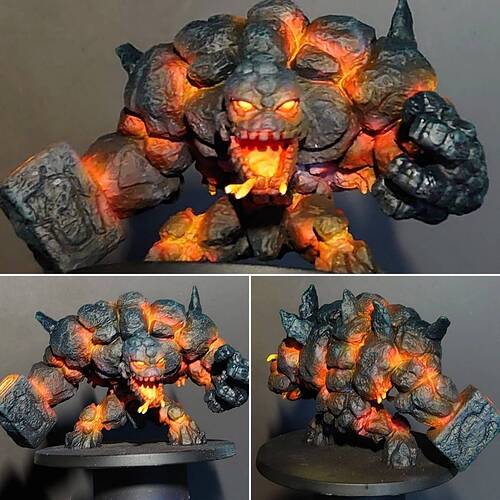 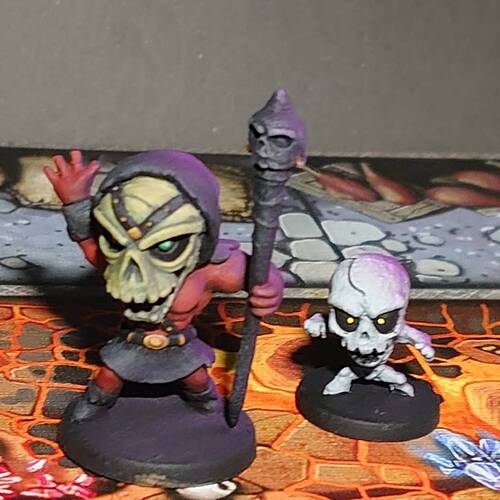 A friend of mine printed out one of Alex’s amazing Dwarfs, this guy was genuinely so much fun paint I can’t say enough good things

Can’t believe April has come and gone already, a bit of an unintentional hiatus for me actually, hobby wise got back into the Horus Heresy books in prep for HH 2.0 but really not sure about how far in I’m going to go to that. 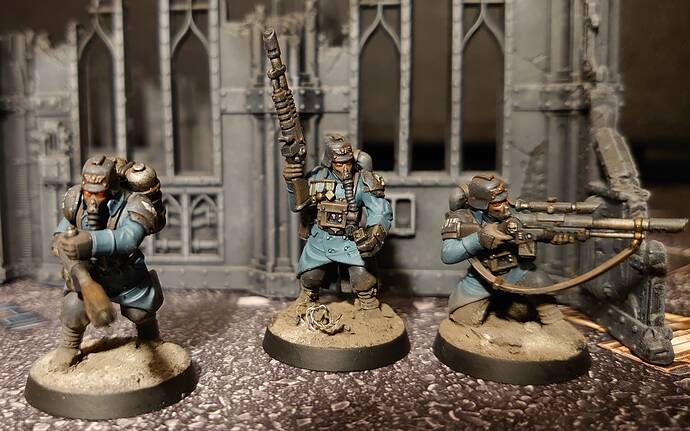 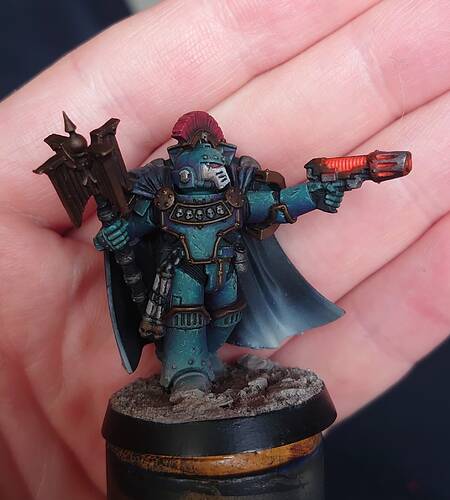 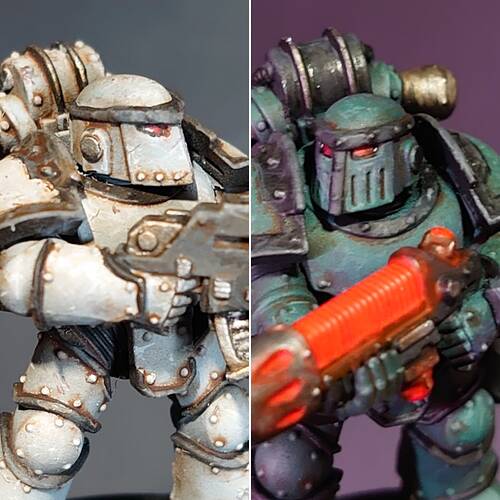 So that’s all lead to this 1-2 week break I’ve been having. Thankfully Imperium magazine was kind to me again and I only got 1 Admech mini added, all these HH stuff are old minis

I’ll be back to it soon I’m sure

Wow mate… these are sexy! Can i have them?

you like the white and black Luna Wolf he’s yours

Haha, honestly i like all you stuff! You paint very clean grimdark

Brilliantly painted, I’m a big fan of your style

Wow… Beautiful work. The orange glow on that plasma gun is quite incredible!

You make me want to buy that upcoming Horus Heresy box set. Don’t tempt me with more grey for my pile! ;p