Here goes. I’ll kick this off formally at the start of January, but here is the thread and below are the tallies and core projects I would like to progress with this year. My categories will be slightly different in that I like to build large scale models, which contributes to the grey ocean of models, and uses up painting and modelling time. I will also include existing models that are sold (which I will tally separately) as a metric I want to keep track of which affects the overall total. Finally, I will keep track of re-paints (I have a number of models that are in dire need of re-work) as a progress metric only. It will not be totaled. I am hoping this will give me some much-needed incentive for significant progress.

I’ll start at 0 for everything, and will include any models that arrive after Jan 1 (I have a few things incoming):

To mimic Reaver’s format here is the Official Tally:

Below are miniature gaming, and a few related non-gaming projects that I am looking to make progress on this year. I will create/link threads as they progress. I haven’t speed-painted much this year (contest entries aside), but plan do so for some of the below. It’s a large and by no means complete list, and I’ll happy if I make significant progress on even a quarter of it:

Good luck in this new year with your new endeavour

looking forward to everyone tracking their progress.

Ok we need to know more about this please…

@GhraskDragh for your perusal, the project is outlined here Jackswift’s 40K Works in Progress - Tron Eldar

Doesn’t count towards painted totals, but tracking visible progress on the Cardboard Castle 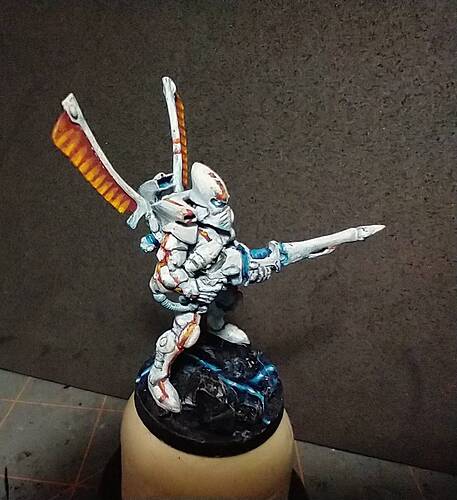 And one more done and dusted: 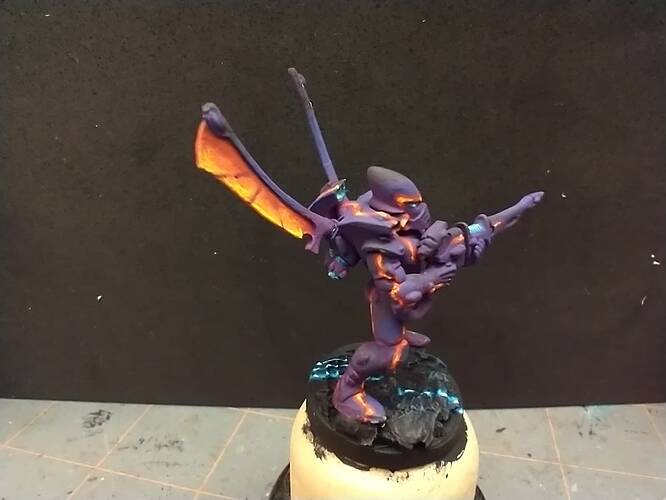 Even if I can keep at a gain of 1 model off the pile per week, I’ll be happy. Once I’m done with test models, they should move faster. Unfortunately, I think my numbers are about to go the other direction a bit. 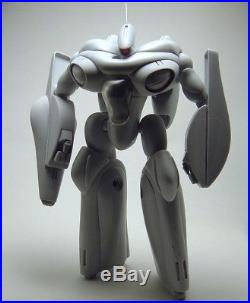 sooo… model count goes down. Bright side is I have 1 large scale and several miniature models paint in progress, so hopefully will return to a greater negative count before end of Jan: 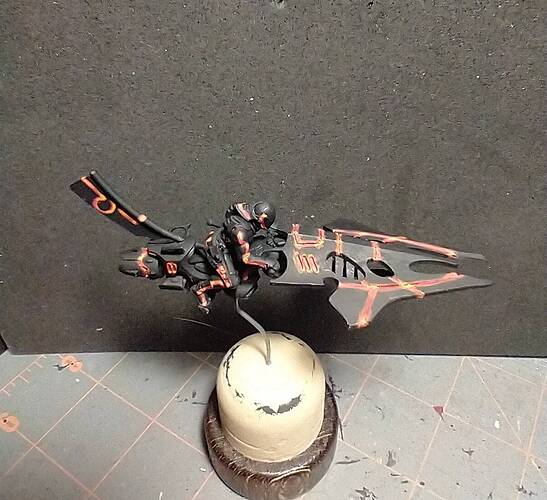 Just so you know if/when I start an Eldar army they will be Synthwave Eldar, not Tron, completely different!

Got it. Clearly a completely different aesthetic.

Not a great month for me but WIP on several models that I would not otherwise be working on, so happy with the incentive this is providing:

Spent a portion of my month building models for GH. Also pulled out and started painting some Epic Ork models in anticipation of a game in March.

Completed painted on 4 Ork Battlewagons. Doing my best to fast paint vs crazy detail. Pics as soon as I have a chance to take them.

My minor paint progress for Feb: 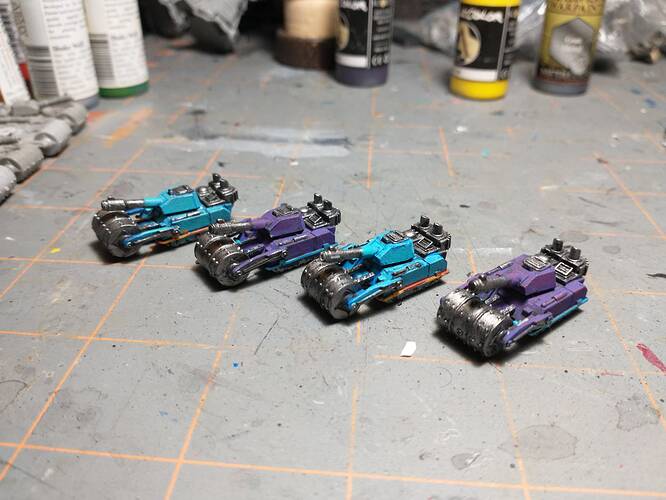 Will post pics of the Mospeada kits later today. Hoping March will be a banner month for painting.

Love the color scheme on these! cool stuff!

@Fuggit_Khan the mospeada and macross kits are pictured below. Pics are from the web, haven’t had time to take them out yet: 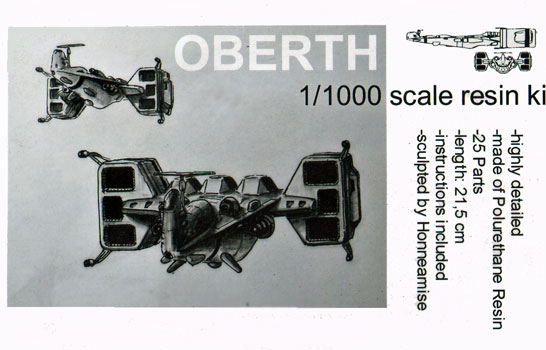 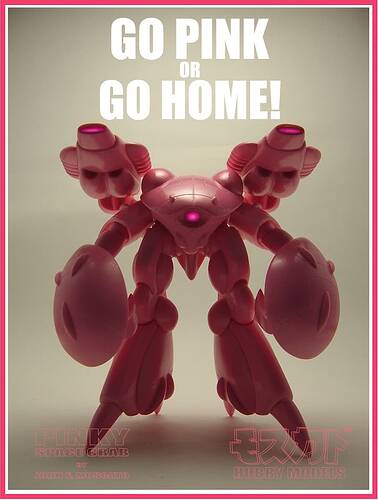 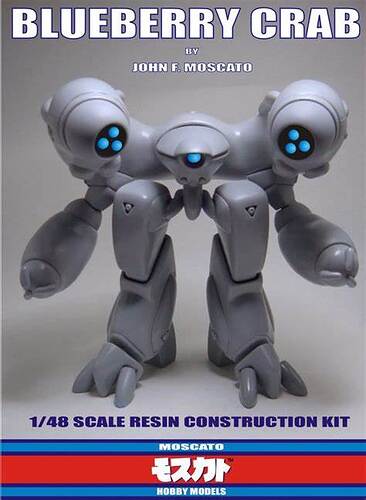 And an unassembled unpainted version of this model: 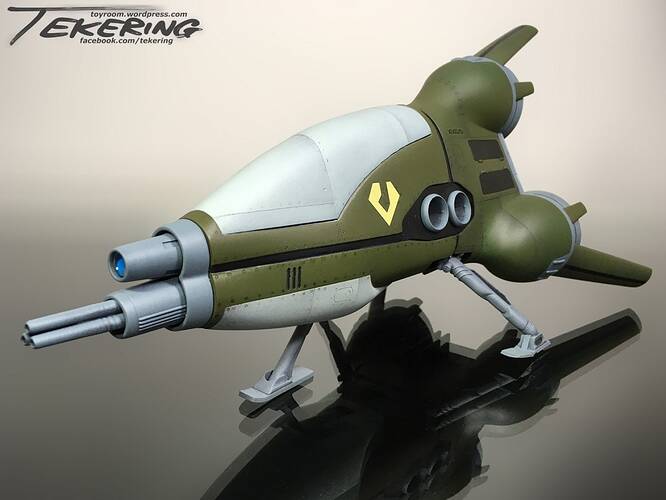 I have several other of his kits already in my collection including a partially assembled (pending paint) Destroid Tomahawk and Regult. My goal is to finish 2 or 3 this year in addition to 2 or 3 battletech models. Probably a bit overly ambitious.
Cheers!

Oh! An Oberth!
That’s a rare model indeed.
And somewhere in my stash of kits I also have that Zentraedi fighter, I found it at a small local gunpla shop here in Thailand.
And you’ve got a Regult too, now that’s definitely one you should build as soon as possible, I’d love to see it.
You have good taste

@Fuggit_Khan I have been collecting them for years. The Oberth was a fortunate find. The Zentraedi fighter has been on my grail kit list for some time. Happy to finally pick one up, and at a good price too. I have 1/72 resin models for versions of the Regult, standard pod, recee, light and heavy missile carriers. Have the standard and recee closest to ready for paint, but trying to decide on lighting before I start; in case I have to drill holes for fiber, etc.

The coolest models in my collection though are a 1/72 resin Glaug Officer Pod, a 1/72 resin Queadluun Rau, and I managed to snag a 1/72 resin Destroid Monster V1 kit by Mike Salzo off of ebay 4 or 5 years ago. That thing is literally a monster. The main body part alone is over 12 inches long and weighs several pounds. When done the model will be more than 14 inches long and 10-12 high.

I really need to get these things built rather than languishing in a box. I finally built and finished one mech kit last year, have one 1/60 Battletech Raven 3/4 done paint in progress, and I have several others built waiting for paint. My goal is to finish 6 large scale mech kits this year (ideally 3 macross, and 3 battletech). Will still be happy if I manage to actually finish at least 4 though. With everything else going on, its always hard to find the time. Cheers!

Already painted four models this month which was my entire total for Feb. I have another 4-6 PIP which should be finished this evening. Hope to complete the remaining stompas and battlewagons by Wed/Thurs; then round out the week with the Mega Gargant. Will be interesting to see if I can keep to this schedule. If I can, then by end of week, I’ll be looking at 18 models thus far in March.

This would be most models I have painted in two weeks in a very, very long time. Joining the BATG is proving to be great motivation.

Pics up later in the week after a bit more progress.

Painting is progressing well this week. Completed 10 thus far in Mar (4 in the shot were done in Feb, +3 non Epiq models to be posted later): 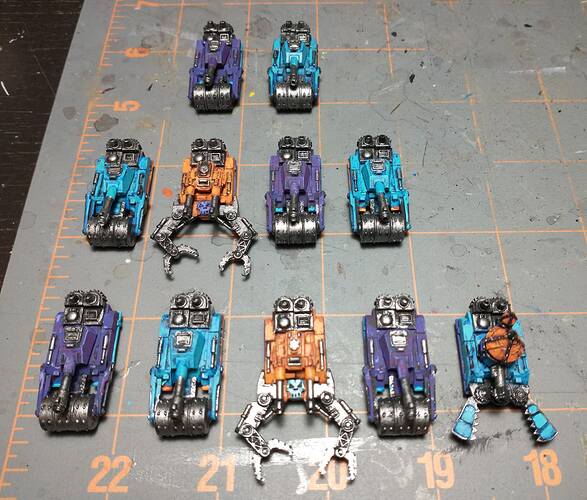 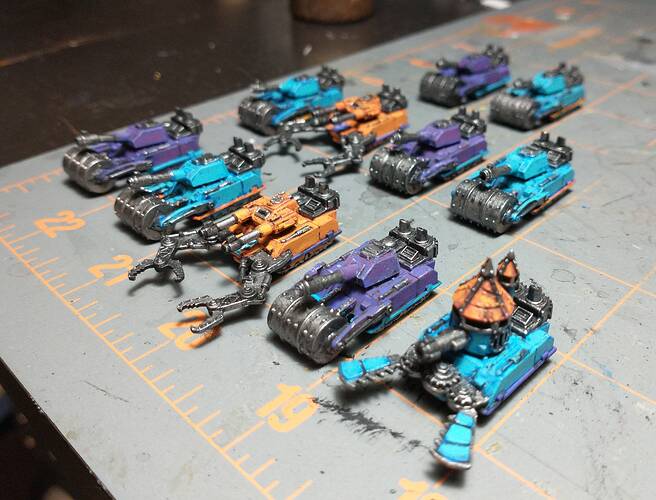 And WIP; aiming to also complete this week: 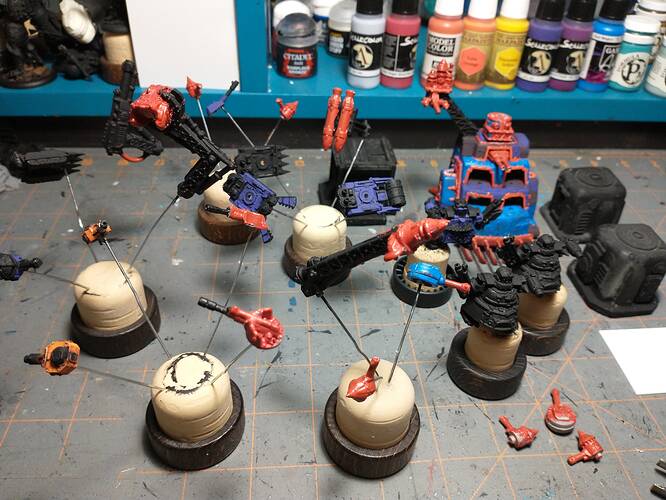 Progress update - 17 models done this month (3 models not in pic) including 11 Epic Ork battleswagons and 3 stompas done. Managed to keep to my schedule so far though the Mega Gargant still has a solid amount of work to do.

Just 11 more models to get back to zero. Everything from there is positive traction.

I may rust them up a bit at some future point or leave as is. Calling them done for now. Pic with all 15 battleswagons: 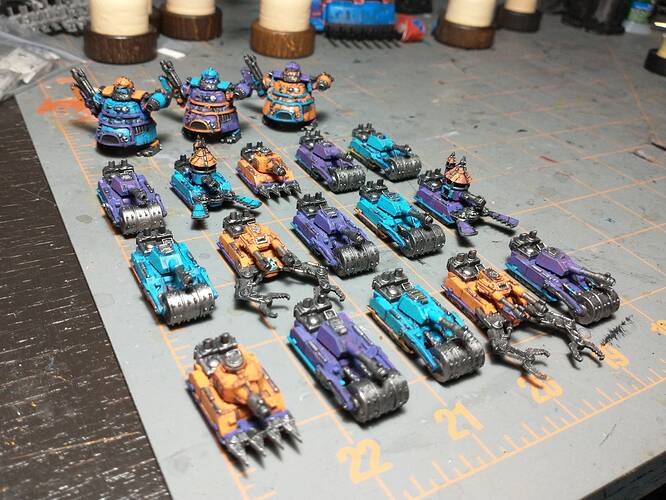